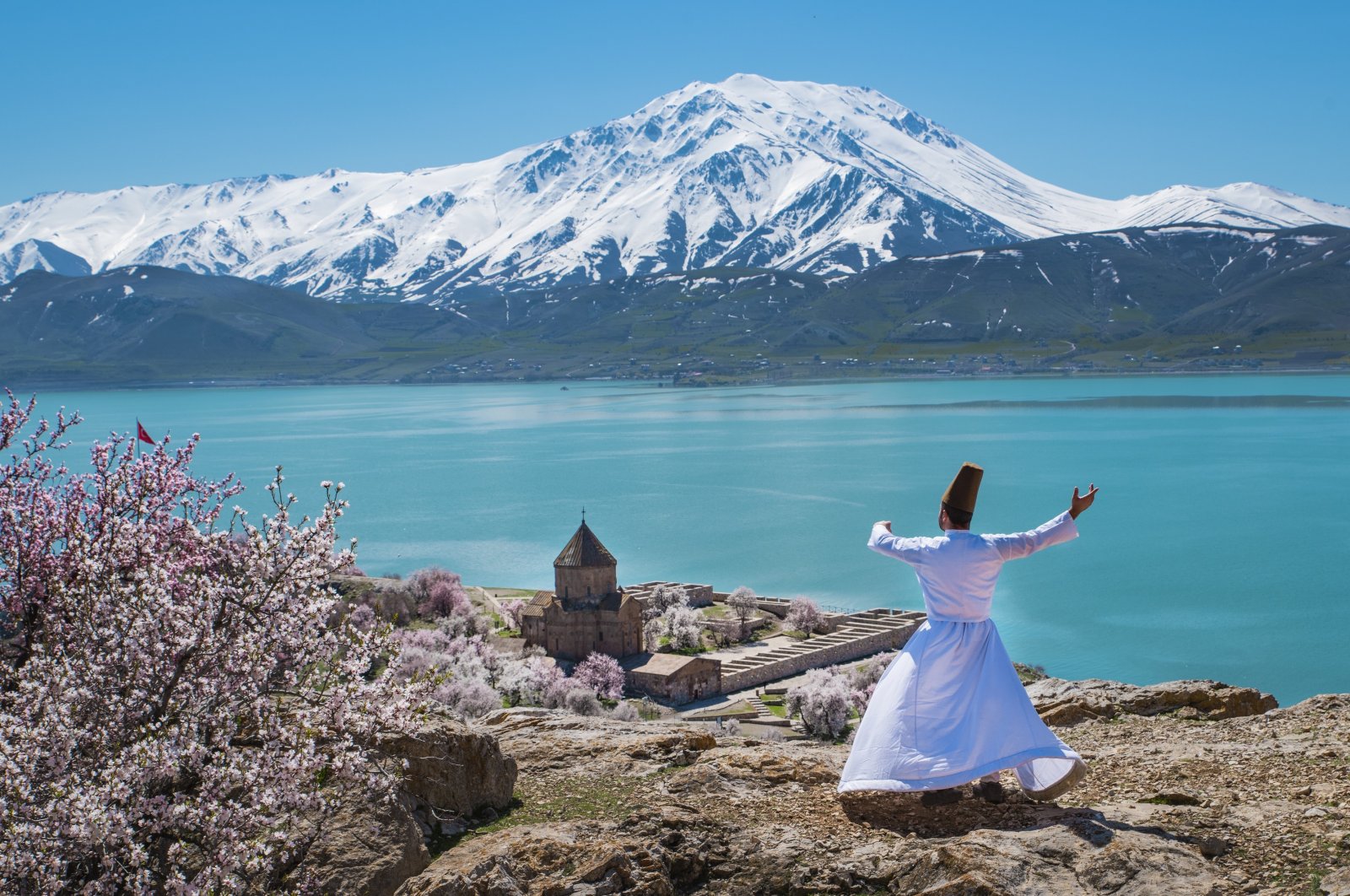 A whirling dervish performs a show near the Akdamar Church in the eastern province of Van, Turkey, in this undated photo. (İHA Photo)
by Anadolu Agency Apr 23, 2020 12:13 pm
RECOMMENDED

An online exhibition that promotes Turkey’s 18 intangible cultural heritage elements has been put on display in an attempt to raise public awareness.

According to the written statement by the Ministry of Culture and Tourism, the exhibition introduces Turkey’s 18 intangible cultural heritage elements registered in UNESCO’s Intangible Cultural Heritage Lists in Turkish and English. The show has been put on display on the ministry's website.

As a result of intense efforts exerted by the Research and Education General Directorate of the Ministry of Culture and Tourism, Turkey has become one of the top five countries which has the highest number of elements on UNESCO’s Intangible Cultural Heritage List. With the addition of two elements previously offered – the art of miniature and traditional intelligence and strategy game “mangala" or "köçürme” – the number of registered elements on the list is expected to reach 20 at the 15th meeting of UNESCO’s Intergovernmental Committee for Safeguarding of the Intangible Cultural Heritage scheduled to take place from Nov. 30 to Dec. 5 in the Jamaican capital of Kingston.

As part of its studies for 2021, the Research and Education General Directorate of the Ministry of Culture and Tourism has applied for the registration of four elements – Islamic calligraphy; tea culture, a symbol of identity, hospitality and social interaction; the tradition of telling jokes from Nasreddin Hodja; and mey or balaban craftsmanship and performance art – on UNESCO’s Representative List of the Intangible Cultural Heritage of Humanity.

General Director Okan İbiş stated that efforts are being meticulously continued to protect the intangible elements of cultural heritage that are an integral part of cultural identity and have been declared a common heritage of humanity by UNESCO.