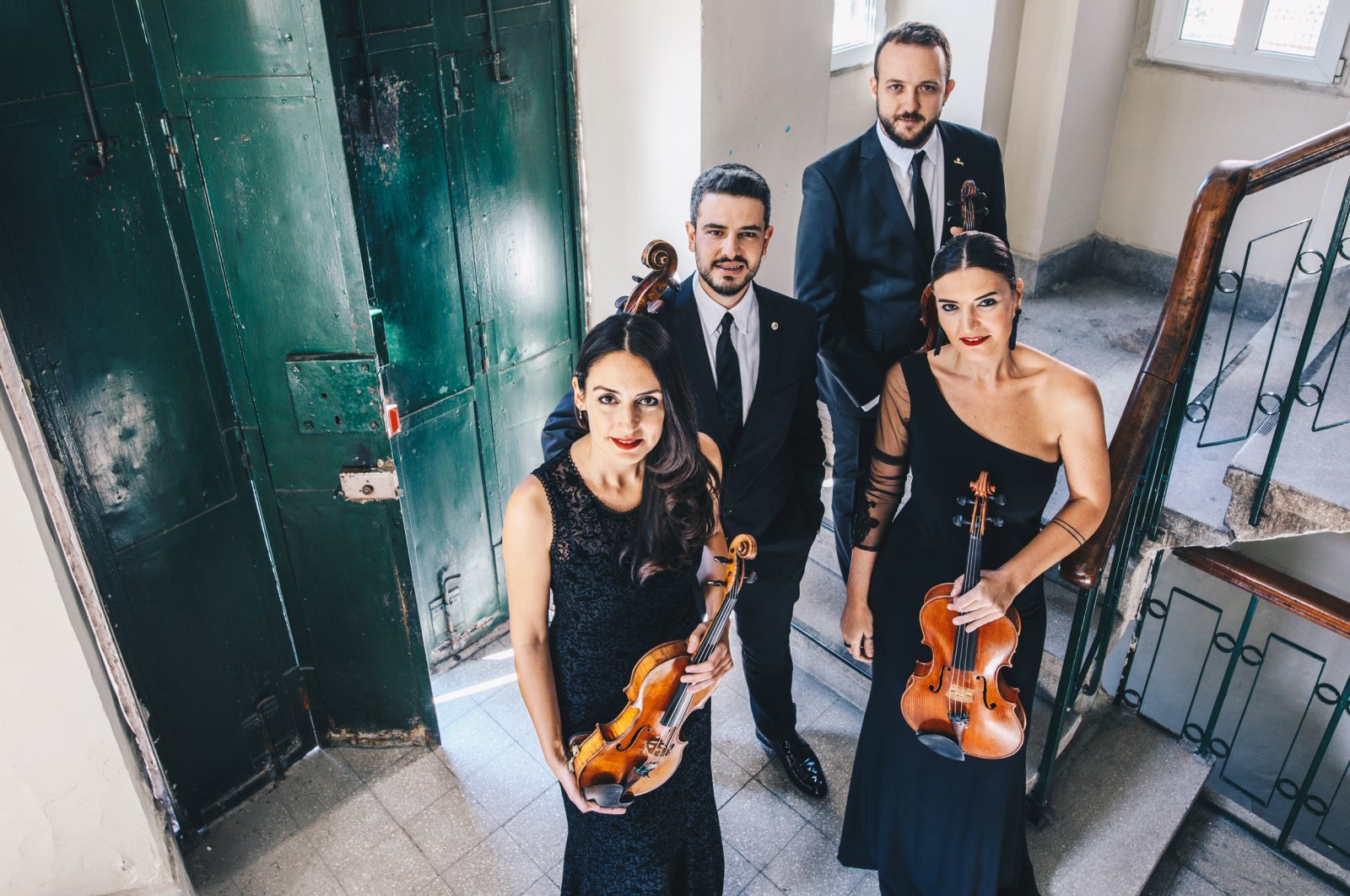 While continuing to organize its events even in the challenging days of the pandemic, Iş Sanat presents a spectacular lineup for everyone to enjoy in December

Love from every angle of art: 'Love 360' to kick off at Pera Palace

Iş Sanat, which aims to present innovative and original projects to art lovers, has been offering free, online events from its social media accounts and website throughout the pandemic season. For the last month of the year, it has prepared a rich program including concerts, tale theaters and poetry recitations.

The unforgettable concert record of pianist Iklim Tamkan and mezzo-soprano Senem Demircioğlu will be presented to classical music admirers starting Friday. The concert, which stretches from the Baroque period to the Romantic period, features the works of composers such as Jacques Duphly, Johann Mattheson, Jules Massenet and Gabriel Faure.

On the other hand, Iş Sanat Tale Theater takes little art lovers on a fun adventure. World-famous tales, directed by Lerzan Pamir and starring actors Aslı Tandoğan, Anıl Altınöz and Mert Aydın, will inspire children online. The program features “Alaaddin” on Sunday, “Snow White” on Dec. 13, “Puss in Boots” on Dec. 20 and “The Happy Prince” on Dec. 27. The tale theaters can be watched after 3 p.m. on the days they debut.

Turkish classical music singer Melihat Gülses will delight online audiences with her performance recorded at the Iş Kuleleri Hall in Istanbul’s Beşiktaş district. The artist, who has recorded many impressive albums, brings a special repertoire for her performance with Iş Sanat. The concert will be available as of 8:30 p.m. on Dec. 12.

In addition, Iş Sanat's traditional poetry recitations will continue online. A group of artists consisting of Tilbe Saran, Hümay Güldağ, Metin Belgin, Bülent Emin Yarar and Hakan Gerçek will perform the poems selected from Turkish poet Nazım Hikmet’s masterpiece “Memleketimden Insan Manzaraları” (“Human Landscapes from My Country”), written in the 1940s. The event will be presented to literature lovers at 8:30 p.m. on Dec. 14.

Pianist Iraz Yıldız will greet the audience at 8:30 on Dec. 21, with a special performance featuring a selection from the classics of Johann Sebastian Bach, Frederic Chopin and Beethoven. Yıldız, who started piano playing with academic Çağla Çoker at the age of 6, was a student of pianist Yuriy Sayutkin at the Akdeniz University Antalya State Conservatory from 2006 to 2009. Yıldız took part in the 10th International Antalya Piano Festival’s Young Talents Concert. She was also invited to the International Music Festival in Moscow by maestro Vladimir Spivakov in 2009. The pianist also studied with professor Boyan Vodenitcharov at the Royal Conservatory of Brussels from 2015 to 2017.

Meanwhile, tenor Murat Karahan will take part in Iş Sanat’s traditional New Year Concert with a special program consisting of favorite pieces like “Shape of My Heart.” During the concert, the Limak Philharmonic Orchestra under the direction of maestro Erol Erdinç will accompany the famous tenor. Having been recorded at the Bilkent Concert Hall in the capital Ankara without spectators, the concert will be broadcast at 8:30 p.m. on Dec. 31.

Love from every angle of art: 'Love 360' to kick off at Pera Palace