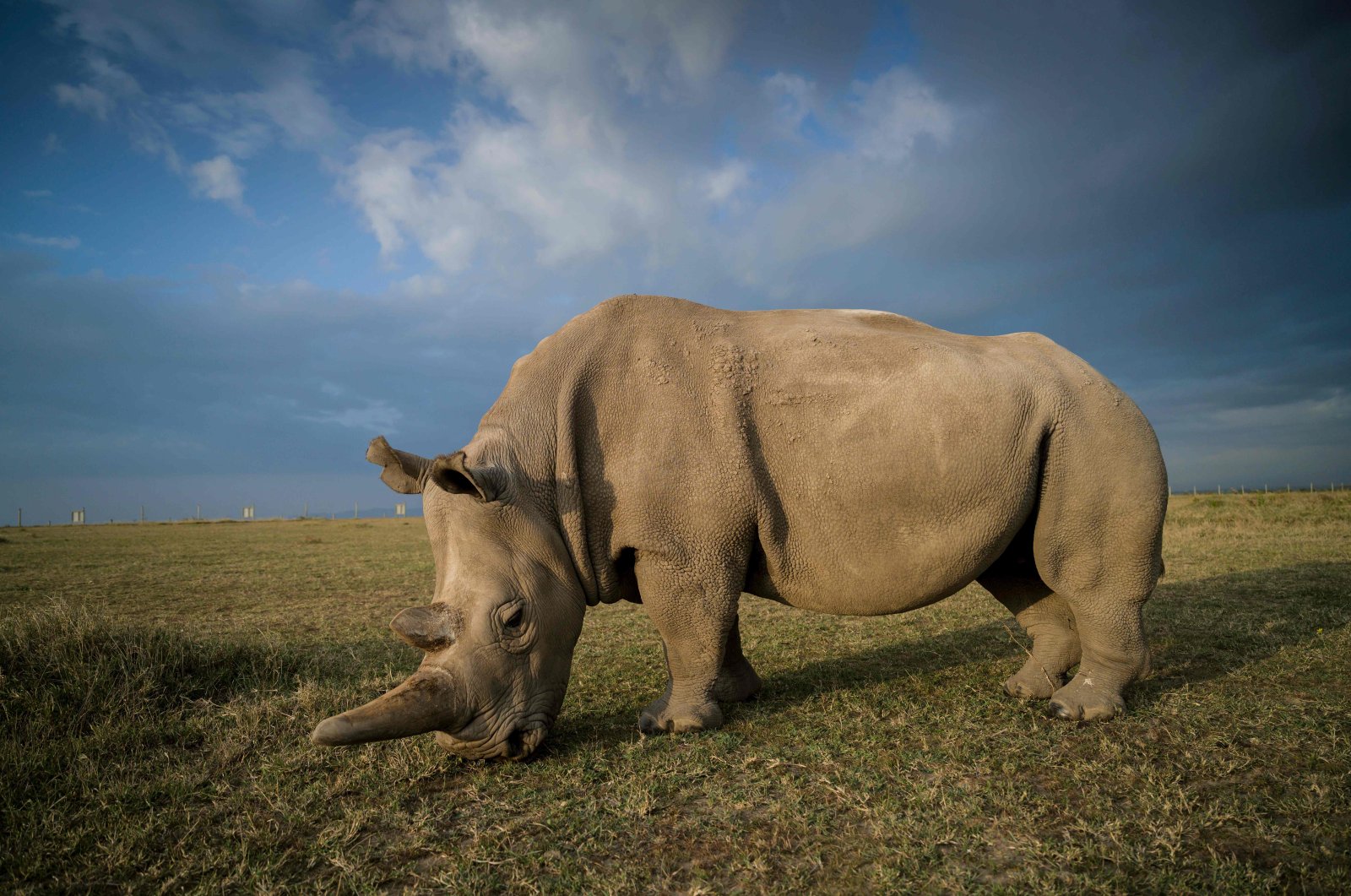 An Istanbul artist wants to raise awareness about the environment and extinct animals with a new multidisciplinary show on Africa’s great horned wonders, the rhinos.

Özge Günaydın’s exhibit "Rhinos Back in Town" includes sculptures, paintings, digital art, videos, installations, performance and a special documentary film made just for the display. "Our aim in this exhibit is to draw attention to the world’s sixth mass extinction and to raise awareness of environmental events through extinct animals,” Günaydın told Anadolu Agency. Looking at the current massive losses of animals and species worldwide, many scientists have called the ongoing disaster Earth’s sixth mass extinction, with billions of animals disappearing because of human activity.

The 41-year-old artist, along with Denizhan Özer, the display’s curator, worked for two years to make the show a reality. One of the most striking features of the exhibit is a special fragrance created for the display. "When you enter the exhibition area, you encounter a forest smell that just hits your face,” she said. Giant rhino in Istanbul Günaydın conveys her message in the exhibit with the help of several rhino figures, including a giant one in the center of the display. She first encountered the horned pachyderms when she was 10 years old, in the form of a rhino toy.

"Rhinos are well known for their nobility and virtue,” and despite their giant size, they are humble, according to Günaydın. "They are monogamous, herbivorous, their droppings are very valuable for the environmental cycle. They take care of their calves up to age 4, and they do not harm any other creatures," she said. "Maybe they remind me of the virtues that human beings have forgotten,” she added.

According to the World Wildlife Fund (WWF), rhinos were once present throughout Europe, Asia and Africa, as we can tell from prehistoric cave paintings, but their number has plummeted from about half a million at the beginning of the 20th century to as few as 29,000 rhinos today. Due to decades of persistent poaching, only a handful of rhinos survive outside national parks, according to the WWF. 'Holistic representation of my works' Günaydın sees her exhibit that was years in the making as a forerunner of the virus crisis the world is now battling – a virus that has claimed hundreds of thousands of lives.

She describes her show as a "holistic representation of everything I have been trying to express in my writings and work for years.” Günaydın has penned several books and is a cancer survivor. She tells her story in, "I Will Live 100 Years: My Cancer Journey."

"The starting point of the display is all the environmental and natural events that are ignored, weren’t seen, or were forgotten by the humanity living worldwide,” she said. According to Günaydın, most people think that a forest fire on the other side of the world will not affect the rest of us, but in fact COVID-19 made it much clearer how small the world is getting. "An invisible virus has locked up the whole world at home, and everyone is desperate,” she said. Günaydın explained the theme of the exhibition as "sensitivity and raising awareness.”

"Obviously, we say to humanity to pull themselves together.” At the end of the exhibit, Günaydın asks visitors, "Who are you?” with a poster on a giant wall.

The reason behind this pointed question, Günaydın explained, is that they do not want visitors to walk out the door "the same person” as when they came in. "We ask the question: Has an awareness been created after so many messages about the environment and extinct animals? "In fact, we’re doing a sort of a social test,” she said, adding that after the show wraps up, a book on the interactive space will be released.

The exhibit will be open to visitors until September at Istanbul’s Maslak Masterpiece Hall and can be viewed online in a seven-minute-video at studiomasterpiece.com.