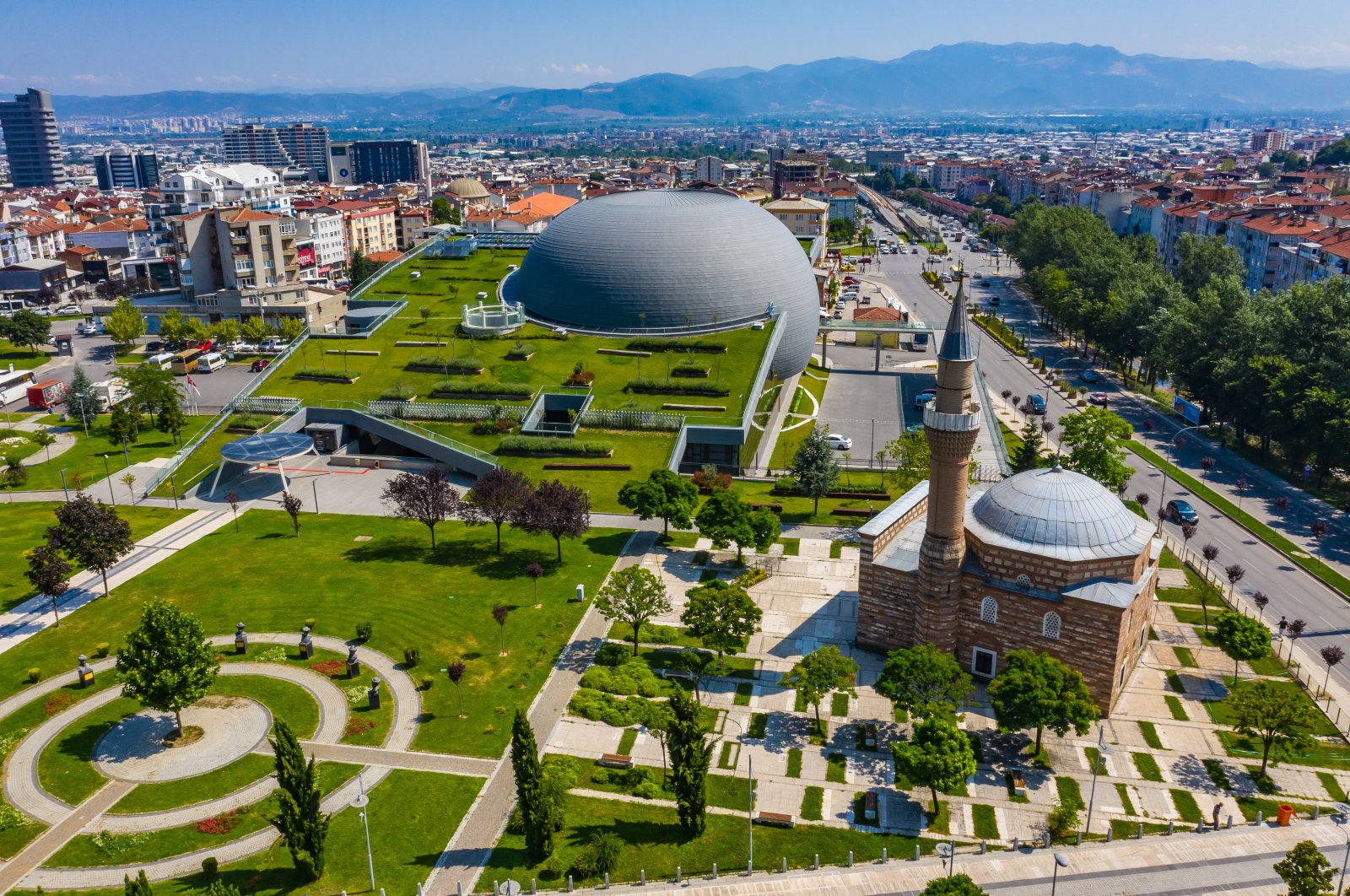 The Panorama 1326 Bursa Conquest Museum, which illustrates the conquest of western Bursa province, the Ottoman Empire's first capital before Istanbul, and the city's journey from the period of principalities to a world state, is preparing to reopen as part of Turkey's normalization process from its fight against COVID-19.

The museum, which was supervised by world-renown historian and professor Halil İnalcık, who designed it in the concept of a green building and died in July 2016, fascinates visitors. It portrays a realistic view of the city's geography through 360-degree panoramic photos taken around Hacı İvazpaşa Mosque, located in the historical bazaar and inns in the region, and topography maps. The museum features 16 paintings that describe the major events during the founding process of the Ottoman Empire, the six Ottoman sultans buried in Bursa and the social life during their time.

Becoming the center of attention for local and foreign tourists in a very short time since its initial launch, the museum is counting the days to its second opening after its closure due to the outbreak. In an interview with Anadolu Agency (AA), Osmangazi Mayor Mustafa Dündar said the museum was opened to visitors on Nov. 1, 2018, and officially inaugurated by President Recep Tayyip Erdoğan on Feb. 15, 2019.

Indicating that over 800,000 visitors from 109 counties have visited the museum since its inception, Dündar noted, “This is the result of the fact that the museum is the largest fully panoramic museum in the world with its different concepts and different approaches.” Dündar pointed out that the globe-shaped museum depicts April 6, 1326, the conquest of Bursa with a realistic illustration. “So, you get a different experience due to the museum’s own technical characteristics when you enter here. You will be surprised and go back to a different world of 694 years ago,” he said, advising that one should visit the museum personally, rather than hearing it from others, to enjoy this experience.

Dündar further stated that the members of the Board of Directors of the World Panorama Museums Union, the mayors and museum directors of the cities that make up the union, visited Panorama 1326 Bursa Conquest Museum and said that the museum has surpassed all others of this kind in the world as it was built with cutting-edge characteristics. “Also, while such museums all over the world portray war, Panorama 1326 Bursa Conquest Museum depicts peace. It was important for us to hear this message we wanted to convey from our foreign guests,” he added.

Recalling that Bursa was conquered without violence after 23 years of siege, Dündar stated that the Ottomans got the keys of the city by reaching a compromise with the Byzantines and 40% of the Byzantines who lived in the city back then preferred to stay in Bursa.

Underlining that the museum has been closed for two months due to the COVID-19 outbreak, Dündar said that progress has been made in efforts to combat the virus. Emphasizing that Turkey has been successful in this process, Dündar stated that, as a result of these efforts, the museums will be reopened June 1. Indicating that they are preparing for reopening after cleaning the museum, Dündar said that social distancing rules will be applied during the normalization process and mask-wearing will be strictly followed.

According to Dündar, the museum staff will ensure guests observing social distancing rules, while also keeping a minimum distance between themselves and visitors. In addition, the number of guests will be restricted in line with the amount of square meters in the globe section and visitors will be escorted in groups with limited numbers.

Dündar lastly said that they will also offer virtual tour opportunities via the internet.