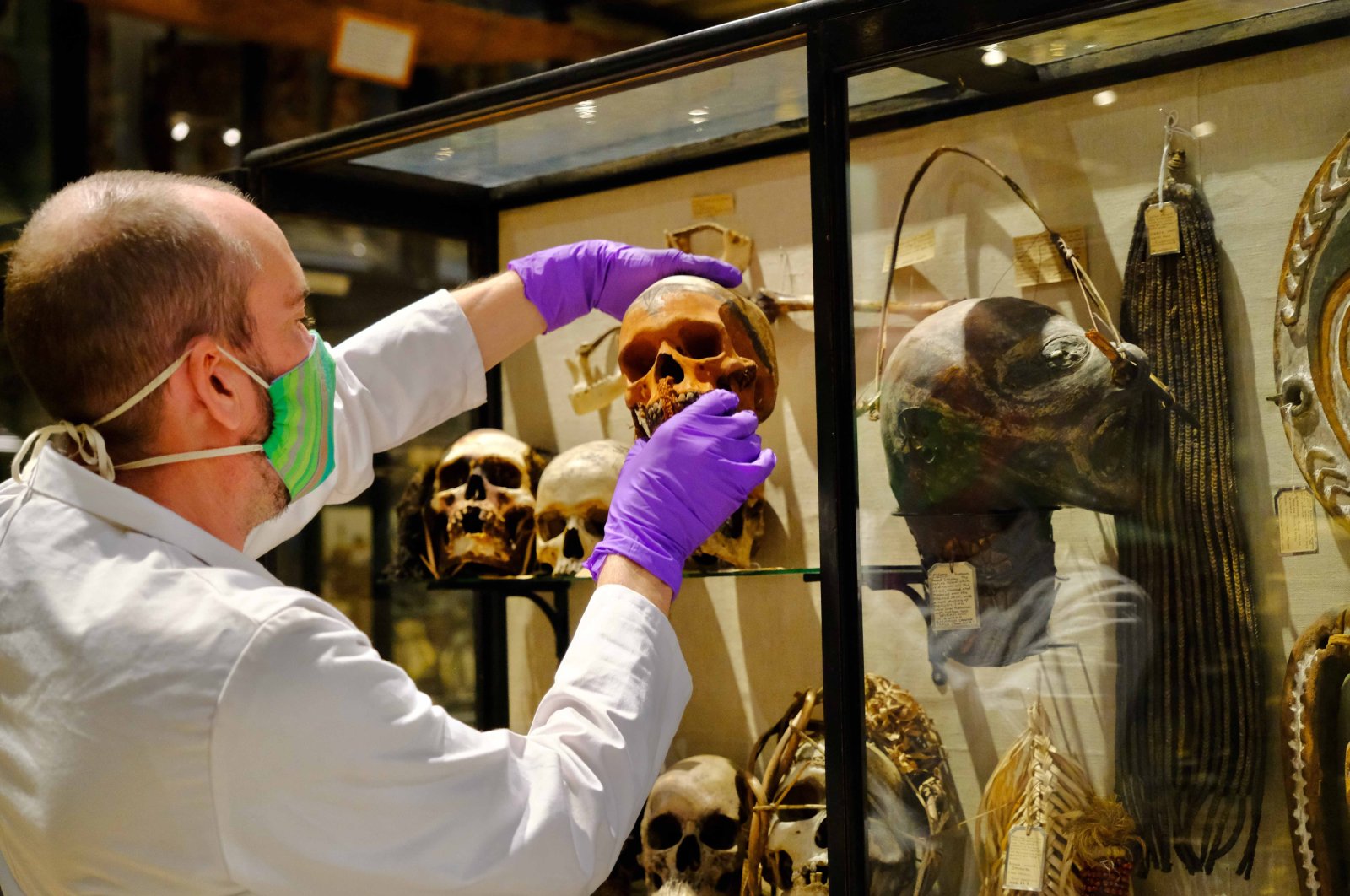 In this image taken in July 2020 and made available by Pitt Rivers Museum, a skull is removed from the Treatment of Dead Enemies case at the Pitt Rivers Museum, part of the University of Oxford, Oxford, England. (AP PHOTO)
by German Press Agency - DPA Sep 20, 2020 12:05 pm
RECOMMENDED

Dinosaur bones, animal skeletons and human skulls: Oxford's Pitt Rivers museum is known for its expansive collection of archaeological and ethnographic objects picked up on British colonial voyages around the world.

But in the course of a critical examination of Britain's violent colonial past, the Oxford University museum is now removing several exhibits from display, including its well-known collection of shrunken heads and skulls.

After a long break due to the coronavirus pandemic, the Pitt Rivers museum is scheduled to reopen to visitors in late September – but without the 120 human remains that were previously an integral part of the collection.

In the wake of global anti-racism protests in recent months, museums and cities around the world are increasingly taking a critical look at their monuments and exhibits.

The move is part of a process of "deeply engaging with the museum's colonial legacy," on-decolonization pioneering approaches in decolonization at a museum in the UK," the renowned anthropological Pitt Rivers museum announced.

The museum said it's own history and that of many of its objects was closely tied to "British Imperial expansion and the colonial mandate to collect and classify objects from the world over," which was often enforced by using violence.

Some of the exhibits and their inscriptions had depicted other cultures as primitive or inferior, thus reinforcing prejudices or even racist thinking.

The intention was to change these tendencies and to introduce new perspectives, according to the museum, which is located on the campus of Oxford University.

The museum's collection includes about half a million objects – including musical instruments, weapons, tools and bones.