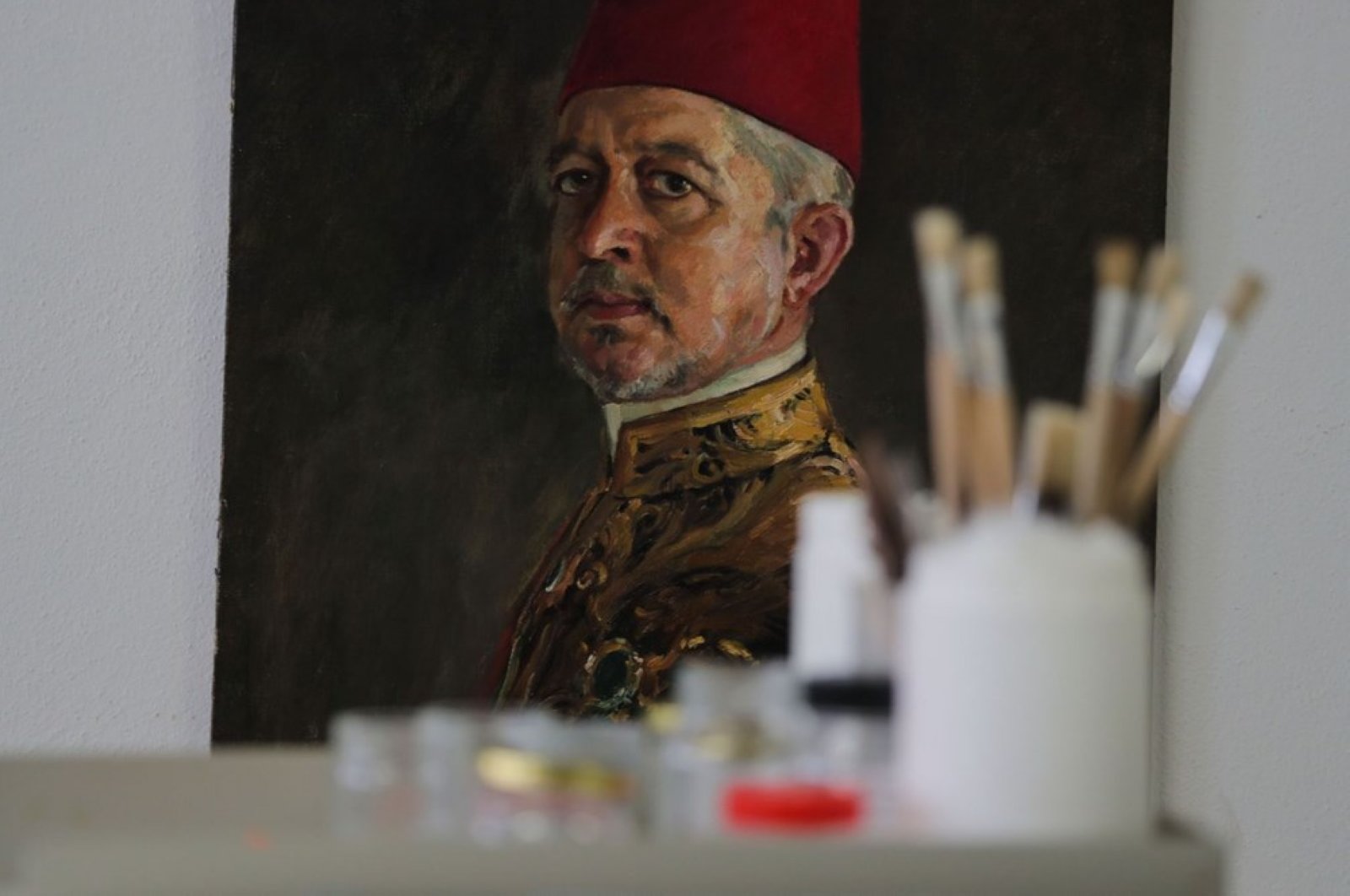 The Directorate of National Palaces, which has been temporarily closed to the public to protect the health of the community as part of the measures taken against the spread of the coronavirus, continues its restoration work within the framework of alternating and flexible working hours. Accordingly, a total of 200 out of the 2,270 paintings brought from Topkapı Palace are being restored at the painting restoration workshop of the Directorate of National Palaces.

At the temporary workshop set up in the basement of the Painting Museum for restoration, paintings are being photographed and documented, their condition is being tested, ultraviolet (UV) and infrared shots of them are being taken, as well as clues about the artist, signature and century of the work are being evaluated. The restoration of new paintings is also carried out in the workshop of Yıldız Şale by a team of six people working alternately along with the Painting Museum.
Soon, a total of 200 selected works will go on display for art lovers in the new section of the Painting Museum of the Directorate of National Palaces, consisting of modern museology accessories. While the paintings are being prepared for display with a completely new arrangement in the coming period, they are also being illuminated, introduced, displayed and furnished to meet the criteria of modern museology. The museum is scheduled to open later in 2020, along with its new sections.


The Directorate of National Palaces, which has the richest collection of paintings in Turkey, has been the holder of a priceless cultural heritage with the Topkapı Palace paintings included in its inventory. Along with 2,270 paintings brought to the Painting Museum of the Directorate of National Palaces from Topkapı Palace, a collection of "Turkey's Richest Sultan Portraits" has been created in the museum.

Among the new paintings are portraits of sultans painted by Halil Pasha, paintings of the last caliph Abdülmecid II, the portrait of Selim III painted by Rafael Manas when he was a şehzade and the paintings by Enderun painters.
Hatice Biga, head of Painting Restoration and Conservation Workshop of the Directorate of National Palaces, said that restoration and conservation work on the paintings continues, and some of them have been moved to the exhibition area.


According to Biga, among the paintings are portraits by domestic and foreign painters dating from the 16th century to the 20th century, as well as landscape paintings and family trees. “This is a very different and very beautiful collection. We hope to exhibit it later in 2020,” she said.