Photo exhibit to reflect Pakistan through eyes of Turks in Ankara 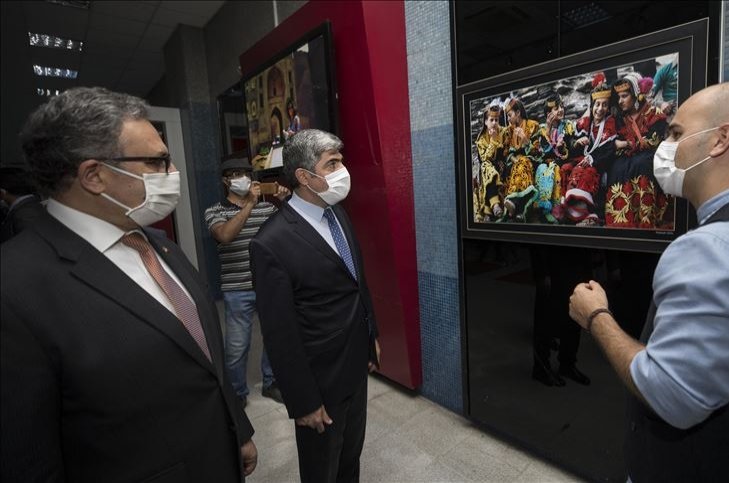 Pakistan’s Embassy in Turkey is hosting a seven-day photo exhibition in the capital Ankara.

The exhibit titled "Colors of Pakistan Through the Eyes of Turks," organized in coordination with Anadolu Agency (AA) and the Ankara Metropolitan Municipality, features 52 films by photographers, including AA photojournalists Metin Aktaş and Ismet Keten.

"The exhibits here illustrate the natural beauty of Pakistan, the vibrancy of its people and the diversity and richness of its culture," Pakistani Ambassador to Turkey Muhammad Syrus Sajjad Qazi said at the inauguration ceremony Thursday. "The relationship between the people of Pakistan and Turkey dates back many centuries. Our commonalities of faith and culture have been reinforced by a shared history and an abiding tradition of always standing by each other,” Qazi said. He said such events help reinforce "the people-to-people aspect of our multidimensional ties."

Marking Pakistan’s 74th Independence Day celebrations, the photos will be on display at the Kızılay Metro Art Gallery in Ankara through Aug. 20.

Meanwhile, hailing relations between the two countries, Metin Mutanoğlu, AA's deputy director-general and editor-in-chief, said, "Turkey and Pakistan are as one nation and two states."

"We see Pakistan as our country, and it is a very beautiful and precious country for us. It is a source of pride for us to be part of such a photography exhibition as AA," Mutanoğlu said.

Expressing his feelings about being part of the exhibition, AA photojournalist Metin Aktaş said: "I hope that you will find in this exhibition as colorful and meaningful as the ancient geography of Pakistan."

"Practicing my profession in Pakistan for three years from 2013 to 2016 provided me with unforgettable memories and professional experience,” Aktaş stressed.

Keten also underlined that Pakistan is waiting to be discovered, and it is a paradise for photography.

Pakistan has top-notch tourist destinations and cultural diversity that attract hundreds of thousands of tourists every year.