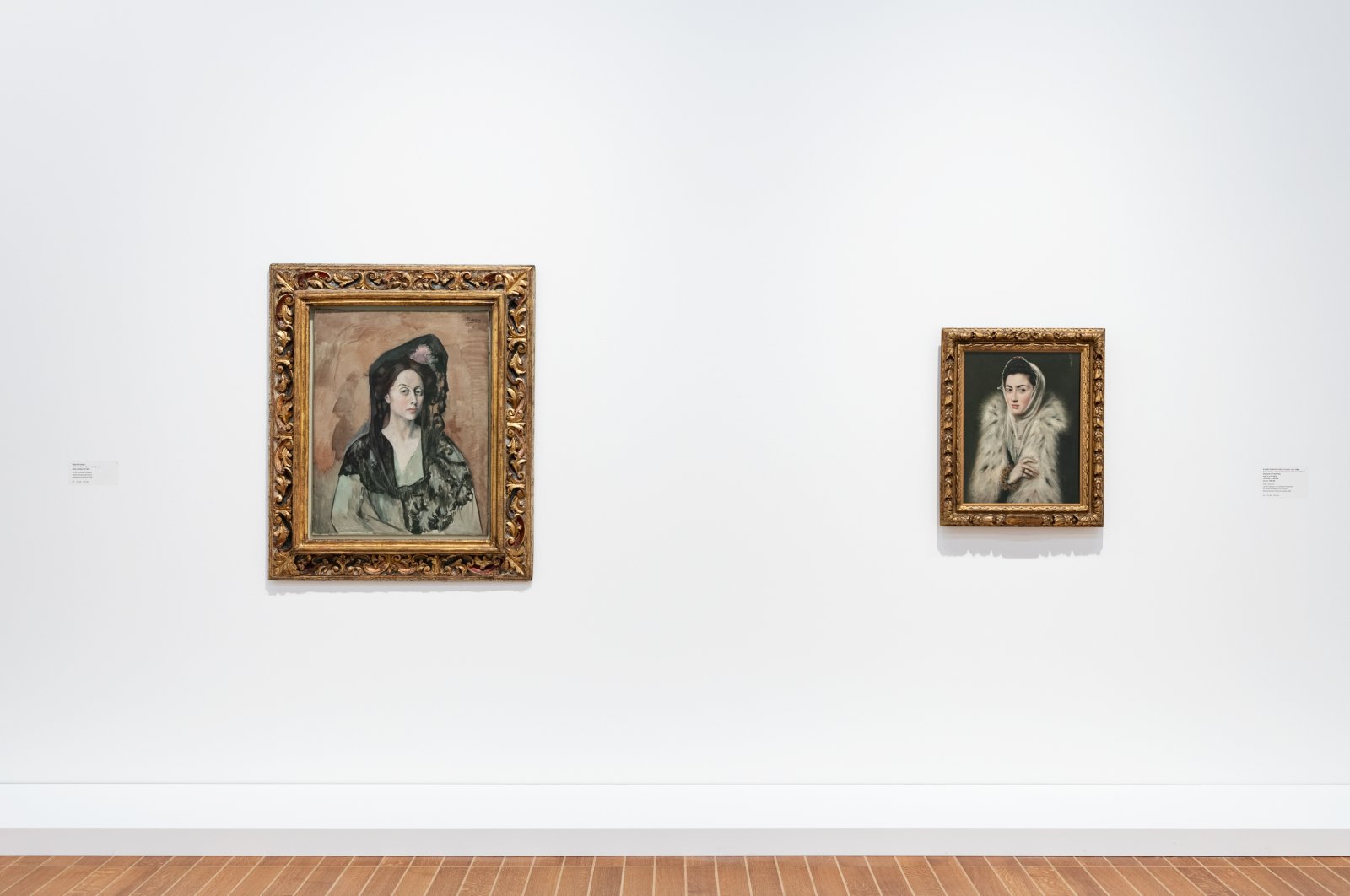 Centuries separated Pablo Picasso from renaissance artist El Greco, but the inspiration that the latter had on the pioneer of cubism was profound. The two are now being side-by-side in Basel to showcase the influence on Picasso, Swtizerland, June 9, 2022. (DPA Photo)
by Deutsche Presse-Agentur - dpa Jun 11, 2022 12:08 pm

Later creations of Pablo Picasso, one of the greatest and most influential artists of the 20th-century modernist art, has been put on display in the Basel art museum.

A new exhibition at the Basel art museum is now attempting "a fresh perspective" on the engagement, however, putting the spotlight on Picasso's later creations. According to the curators, the influence of Cretan-born El Greco (1541–1614) is also discernible in the Spaniard's later artwork, well into his Cubist paintings and beyond.

Opening in Switzerland on June 11 and running until Sept. 25, the exhibit has paired some 30 works by both artists, bringing together the museum's collections with loans from all over the world, to retrace "their dialogue, one of the most fascinating such colloquies in the history of art."

El Greco was born as Doménikos Theotokópoulos on Crete island. He first worked in Venice and Rome, before arriving in Spain late in the 1570s. While he gained a considerable reputation for his work during his lifetime, the painter was soon forgotten after his death.

According to the exhibit's curators, the young Picasso and his interest in El Greco helped spark renewed interest in the Renaissance artist at the turn of the 20th century.