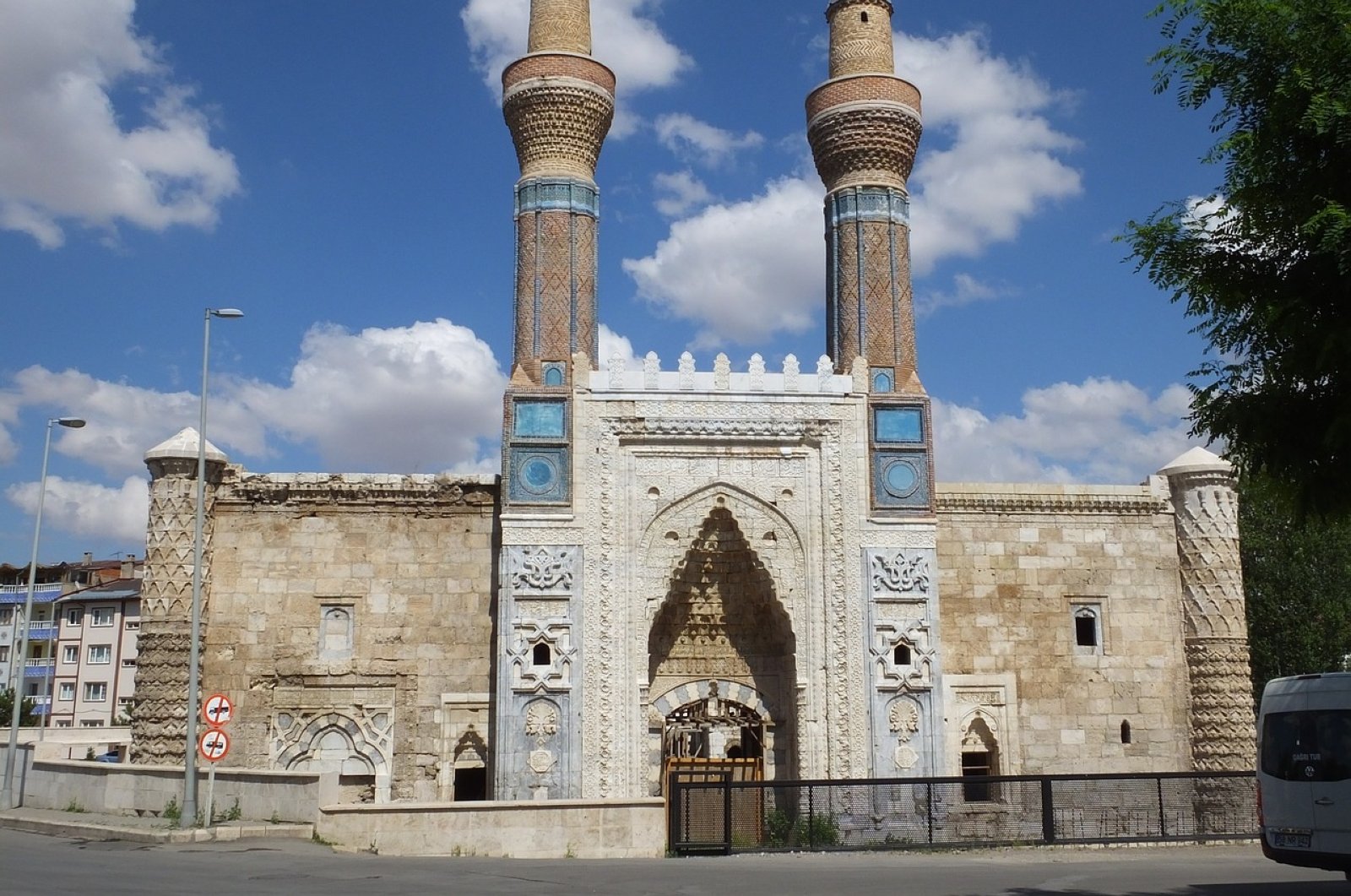 The Gök Medrese was built per the order of Vizier Sâhib Ata Fahreddin Ali in 1271 during the reign of Kaykhusraw III.
by Ihlas News Agency May 21, 2020 12:25 pm
Edited By Irem Yaşar
RECOMMENDED

The restoration work on the 749-year-old Gök Medrese (Madrasah), one of the outstanding works dating back to the Anatolian Seljuk state in the central city of Sivas, is almost complete.

The restoration of the Gök Medrese, which was built per the order of Vizier Sâhib Ata Fahreddin Ali in 1271 during the reign of Kaykhusraw III, one of the Seljuk sultans, is being carried out by the General Directorate of Foundations.

The construction, which was named "Gök" ("Sky") after the blue tiles used in its decoration, will open soon.

Visiting the historical structure, Gov. Salih Ayhan Ayhan said Gök Medrese is the pearl of Sivas, and the restoration work has been largely completed.

Pointing out that only the careful restoration work on the tiles remains, Ayhan stated that a tender had been held to turn the structure into a foundation museum. "With this tender, the historical building will be even more meaningful as a museum." Emphasizing that Gök Medrese will be a locomotive in Sivas, a city of museums, Ayhan said it will be a leader in the industry with its district, location, building structure and all of its other exquisite details.

“Sivas is a city of culture and art. And the crown of this city is Gök Medrese. We will dote on it. We will bring it forth and introduce it to people. Social outfits have also given the building a distinct meaning. I thank everyone who has worked here,” the governor added.

Ayhan further said with the completion of the castle project, which is ongoing next to Gök Medrese, the region will become an open-air museum.

Underlining that they plan to establish many museums in Sivas, Ayhan stated: “We will soon actualize many of our museums such as an industrial school museum, a city museum, a minstrels and music culture museum, a gastronomy museum, an education museum and a hammam museum, and Sivas will proceed with firm steps toward becoming a city of museums. After the coronavirus pandemic, Sivas will be the center of tourism.”