'Rhinos Back in Town' to open at Masterpiece Hall in Istanbul 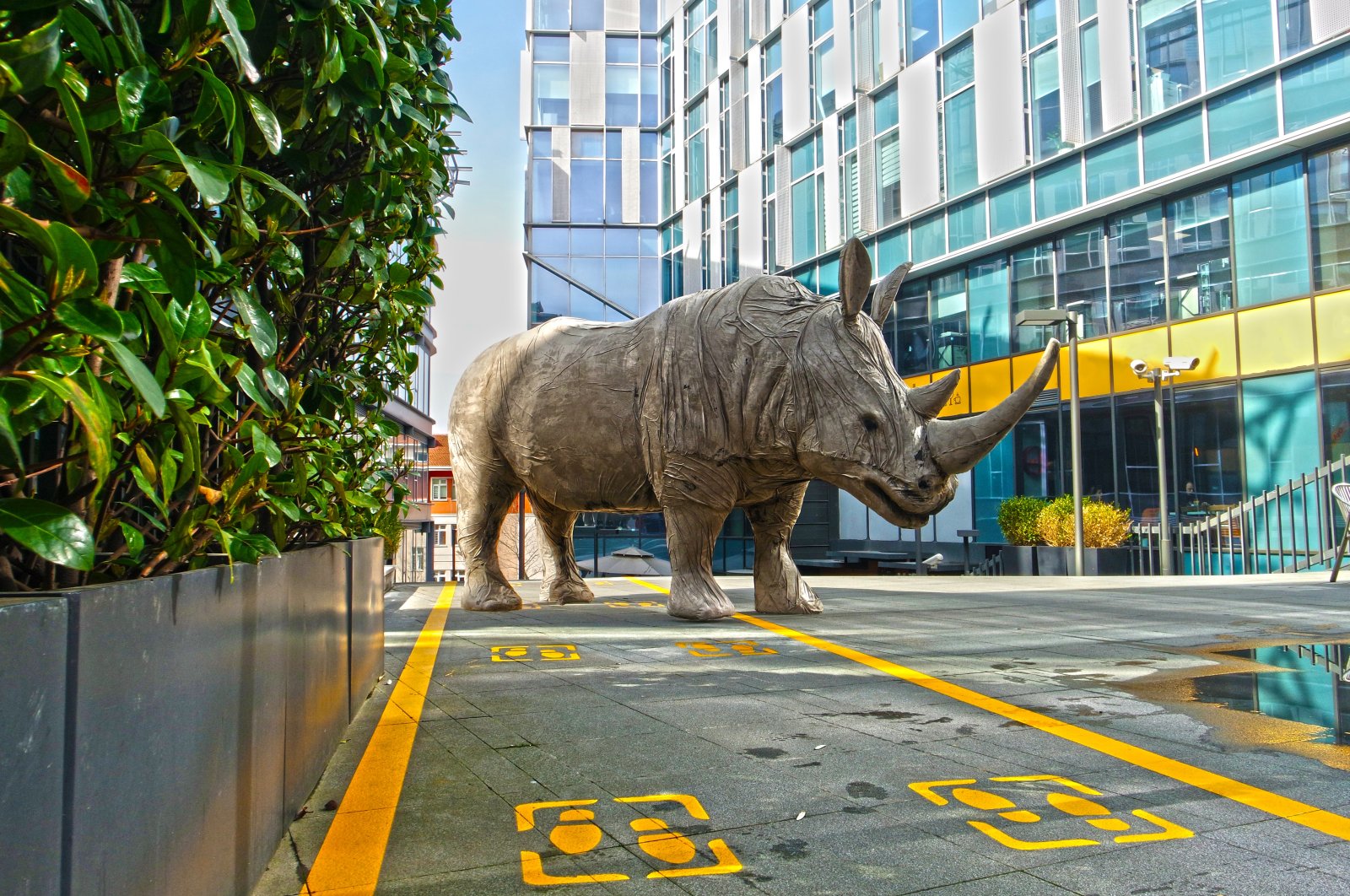 Özge Günaydın's latest exhibit at Masterpiece Hall highlights the tragedy of mass extinctions, caused by human consumption and ignorance, through the story of rhinos – one of the most remarkable species threatened with extinction in recent years

Masterpiece Hall, a 1,500-square-meter exhibition space in Istanbul's Maslak district, is preparing to host Özge Günaydın's solo exhibit "Rhinos Back in Town" from March 20 to April 20. The exhibition highlights the fact that we are currently living through the Earth's sixth-largest stage of mass extinction by honing in on the particular plight of the much-endangered rhino.

By holding up the example of the largely extinct creatures in the context of the rapid pace of extinction facing species across the planet, “Rhinos Back in Town" addresses the relationship we have either superficially established or have failed to establish with nature in both intellectual and intuitive terms, depending on the time frame.

The show, organized by Masterpiece Hall Art Director Ayça Okay, curated by Denizhan Özer and backed by music composed by French composer and producer Charles Monton; will consist of paintings, sculptures, digital manipulation, installations, video arts, a documentary by cinematographer Ersan Bayraktar and a live performance staged for its inauguration.

The most significant aspect of this all-encompassing exhibition is its aim to appeal to all five senses. In this way, the showcase aims to draw attention to the negativity created in modern existence that wreaks havoc on our subconscious, through the universal language of art. The project is also distinct in that it will be the first exhibition to adopt its very own scent. The specifically rural scent has been designed by specialist Bihter Türkan Ergül, founder of the Odor Culture Association, which continues to study the psychological effects of natural smells and the significance of scents and odors to various civilizations.

Panels and performances on art and environmental awareness will be held every week by distinguished figures throughout the duration of the exhibition, which is expected to remind visitors of the reality of a natural environment their lives have far removed them from. The exhibit hopes to do this by encouraging audiences to forget their current reality through works built as a means of opening the eyes of members of the public to the disaster on our doorstep.

Distress call via rhinos
Speaking ahead of the exhibition, curator Özer said Günaydın talks much of the devastation caused by people who have moved away from nature, becoming desensitized to the environment and destroying living organisms for pleasure.

Describing Günaydın's work, Özer states: “In contrast with superficial narratives, she has produced qualified works that are of artistic value, and adopting a different approach, she has made a serious effort to raise people’s awareness of this negative situation through art and has shouldered her responsibility as a true artist,” adding that: “I can clearly say that the exhibition 'Rhinos Back in Town,' which Özge Günaydın has created in an attempt to leave a beautiful and livable world to future generations, is a necessity.”

For Günaydın herself, she said: “The main reason my works consist of rhino figures is that rhinos are the most remarkable species that have been threatened with extinction in recent years. A retrospective historical examination of the death of Sudan, the last male northern white rhino, in 2018, showed that only 29,000 rhinos remain of 500,000 rhinos estimated to have been around in the 20th century."

Pointing to the rhinos as a conceit for the virtues expected of humans, Günaydın notes that: “Rhinos are monogamous and purely herbivore. They care for and protect their young until they are 4. Their fertilizers are supremely important for the world's ecological cycle. In a social order in which human beings have no consciousness of consumption and focus solely on extermination, the rhino is an important case.”

Underlining her attempt to connect what is visible and what is spiritual as an artist, Günaydın said: “I am not interested in an order where things appear to give instant pleasure, but in the pursuit and distinction of permanence. To me, there is no art without a problem. It is not possible for art to approach spirituality without addressing an issue. I am on a quest to touch nature without physically touching it. My struggle with the other me goes down a painful path. There is a sense of empathy on this path. Sometimes I am a rhino, sometimes I am a woodpecker. I feel it to the bone. The other side of me, meanwhile, steers clear of controversy and misunderstanding. I am wading through an endless ocean of peace. I die with the world, and sometimes I scream in silence.”