Scooby, where are you? Museum features 200 years of cartoon dogs 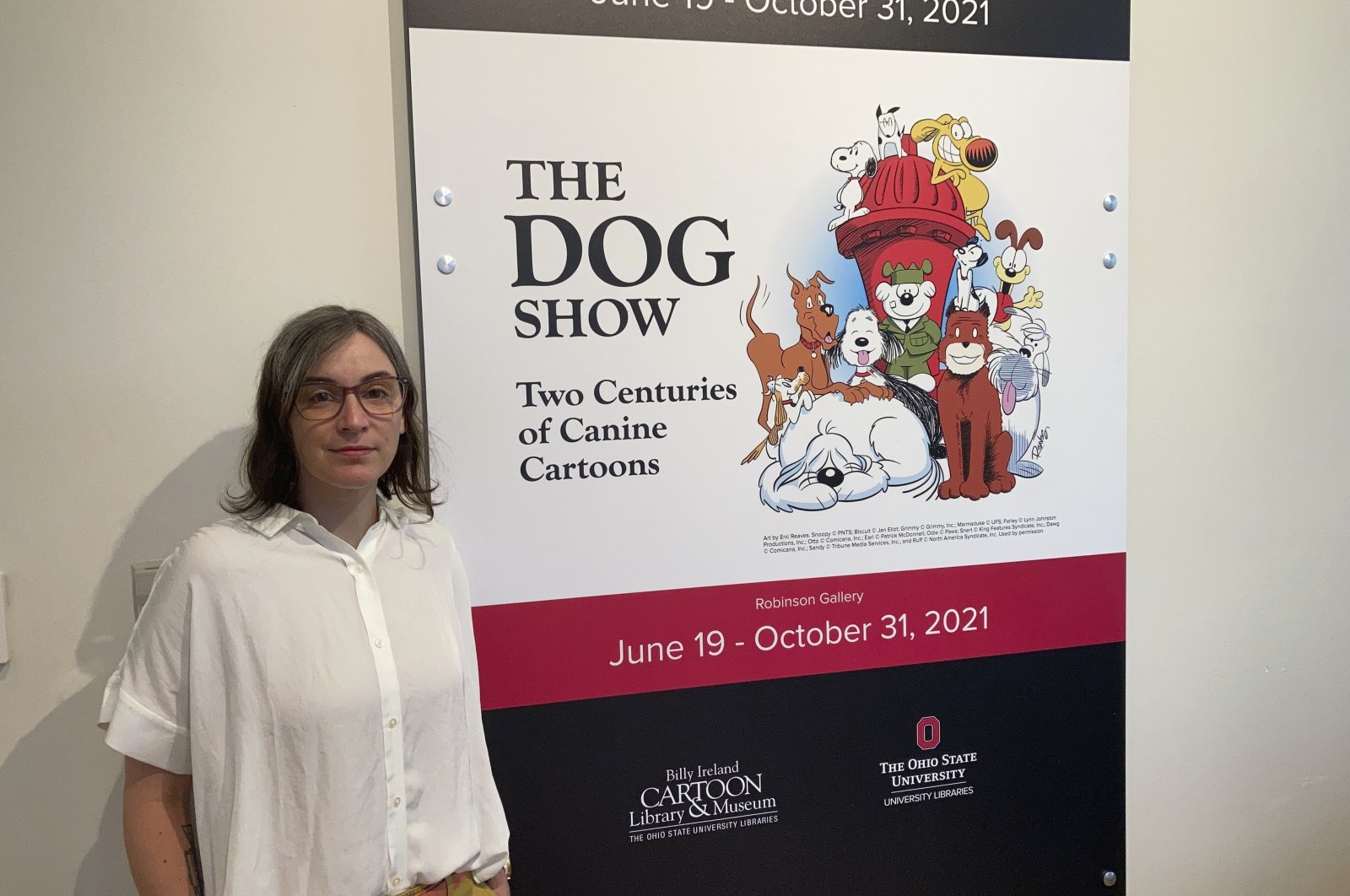 A dog is a man's best friend the famous saying goes. So, it's only natural that the loyal creatures have been featured in our artistic works for a long time, and a museum in the United States aims to celebrate that by displaying 200 years of canine characters that have shined in cartoons.

In a 1970 Beetle Bailey comic strip, the character known as Sarge berates his uniform-wearing dog, Otto, for a paperwork mistake.

"We can't all be Snoopy," a dejected Otto replies.

This confluence of two iconic comic strip dogs is on exhibit along with dozens of other images at the world's largest cartoon museum as part of a new presentation of the history of canines in the world of cartooning.

The genesis for the exhibit came when the late Brad Anderson, the creator of Marmaduke, donated his collection in 2018, including 16,000 original Marmaduke cartoons from 1954 to 2010, other original art, business correspondence, fan mail and books. That began a conversation about plumbing the depths of the museum's extensive collection for dog-related images, according to museum coordinator Anne Drozd.

"There were so many comic strips and magazine cartoons and comic books, and so many different examples that have dogs in them," Drozd said. "It seemed like a no-brainer to bring everything together in one theme that so many people can relate to and love."

There are plenty of scene-stealing cats in cartoons, including Jim Davis' Garfield and the stuffed tiger that comes to life in Bill Watterson's "Calvin and Hobbes."

"Dogs have that eagerness, they aim to please, so they actually make really good cartoon characters," said Walker, a cartoonist and cartoon historian and the son of Mort Walker, the creator of Beetle Bailey.

Though Otto first appeared in Beetle Bailey in 1956, he was a regular four-legged dog until around 1970 when Mort Walker anthropomorphized him, providing Otto his own uniform and desk, likely thanks to the influence of Snoopy in Charles Schutz' Peanuts strip, Brian Walker said.

The oldest image in the exhibit is a reprint of British artist George Cruikshank's illustration of weather so bad it's "raining cats and dogs."

Moving through the years, the exhibit includes well-known dogs like "Sandy" from Little Orphan Annie, "Daisy" from Blondie and "Dogbert" from Scott Adams' Dilbert strip. George Booth's scraggly New Yorker magazine cartoon dogs show up, as well as images by alternative newspaper cartoonist Lynda Barry, and Shary Flenniken's "Trots and Bonnie," about a girl and her talking dog that appeared in "National Lampoon" from 1972 to 1990.

There are well-known characters like "Dog Man" from the book series by cartoonist Dave Pilkey, but also lesser-known mutts, including six strips from a 1940s Dick Tracy series featuring the appearance of a Boxer named "Mugg" that the famous detective temporarily takes ownership of.

The exhibit also includes a video highlighting animated dogs such as Scooby-Doo, Huckleberry Hound, Underdog, Disney's Pluto and Goofy, Slinky the Dog from the "Toy Story" movies, and even Santa's Little Helper from "The Simpsons."

Brian Walker said his favorite image in the exhibit comes from the classic Disney movie "Lady and the Tramp," showing the scene where the dogs eat at an Italian restaurant.

"They're both eating the same piece of spaghetti and their lips kind of come together and they fall in love," Walker said. "It doesn't get much better than that."