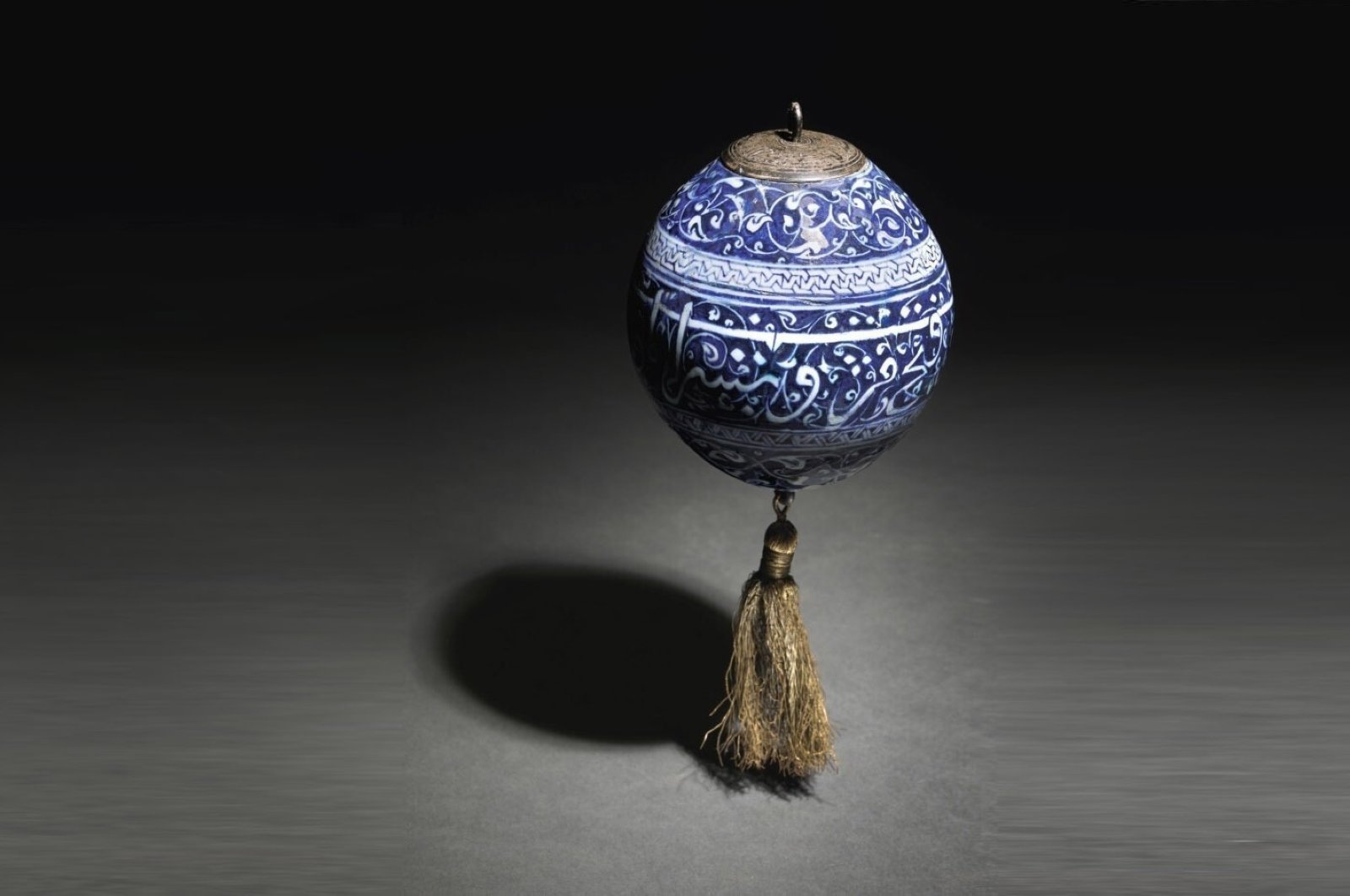 The body of the hanging ornament is decorated in underglaze cobalt blue with a calligraphic band against leafy scrolls and topped with a metal mount, while the bottom features a hoop and tassel. ( İHA PHOTO)
by Daily Sabah with IHA
Oct 20, 2020 4:05 pm

London-based auction house Sotheby's is auctioning off a 540-year-old Iznik pottery hanging ornament from the early Ottoman period at an astonishing price.

The famous auction house – which has previously held auctions of works from the Ottoman period – estimated a price between 180,000 pounds and 220,000 pounds ($232,142 and $283,729) for the Iznik pottery, made in the 1480s. It is stated that the hanging ornament, which will be sold in a live auction next week, was produced during the reigns of Mehmed II, also known as Mehmed the Conqueror, and his son Bayezid II. The 13th verse of Surah As-Saf is also engraved on the ornament.

“Characterized by an intense, inky, blue-black coloring, this small and exceptionally rare example of Iznik pottery reflects the earliest stage of firing control, before the use of underglaze cobalt blue had been fully mastered by the potters,” says the website of Sotheby’s about the work.