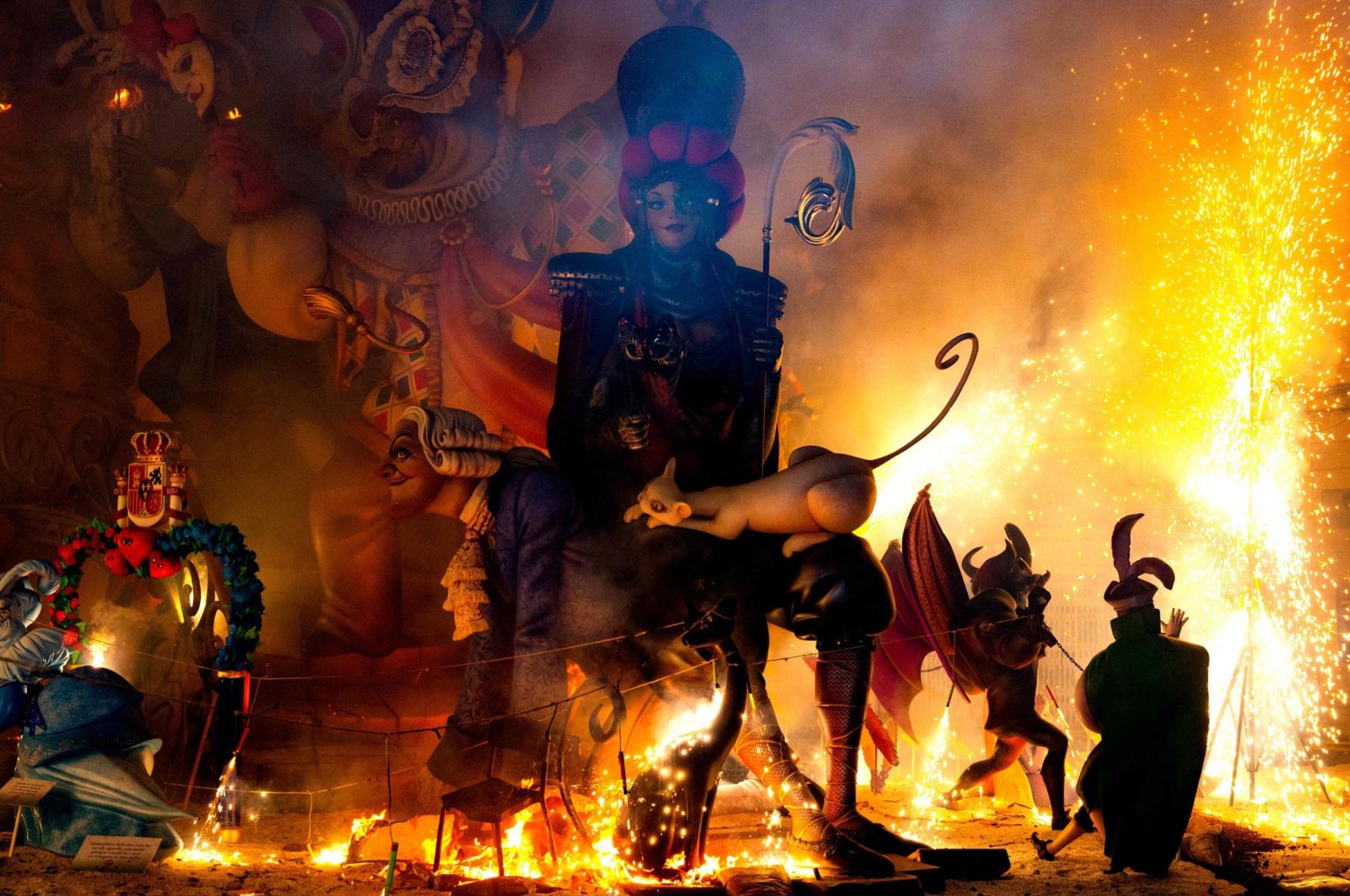 It was a spectacular sight to behold when the “Fallas” festival in Spain's Valencia wrapped up with fireworks and the burning of colorful sculptures Sunday; unfortunately, there were no attendees to witness the sight with restrictions in place, as the famous and popular event returned to the eastern Spanish city after taking a hiatus due to the global COVID-19 pandemic last year.

The five-day festival is traditionally held in March but was canceled last year as the COVID-19 pandemic swept Spain. This year, officials postponed the start of the UNESCO-recognized event until Sept. 1.

It was the first time that the festival was suspended since the end of Spain's 1936-39 civil war.

Each year, residents make hundreds of colorful puppet-like sculptures – some as big as four-story buildings – out of wood, plaster and papier-mache for the festival.

One ensemble from this year's event was inspired by the hit Spanish Netflix series "Money Heist." It depicted several people wearing red overalls and Salvador Dali face masks like the main characters in the show.

The ninots are displayed in the streets of the Mediterranean city and then burned on the last day of the festival – in a bonfire called the "Crema" – in a centuries-old tradition honoring St. Joseph, the patron saint of carpenters.

Fireworks lit up the night sky as this year's bonfire, which featured about 750 sculptures, was held without the thousands of spectators that the event usually draws.

The bonfire was brought forward by two hours to allow festivities to end before a nightly virus curfew came into effect at 1 a.m. (11 p.m. GMT).

After much debate, a customary flower offering to the Virgin Mary was allowed to proceed – but without people lining the route, as is tradition.

"These are not Fallas as such, more like Fallas-related events that comply with health regulations," said Valencia Mayor Joan Ribo.

The Fallas festival is believed to have originated from pagan rituals marking the end of winter.

The pandemic has forced the cancelation of many of Spain's most famous fiestas, including Pamplona's bull-running festival and Seville's Holy Week processions.