Stormtrooper helmet, Bond suit to go under hammer in London 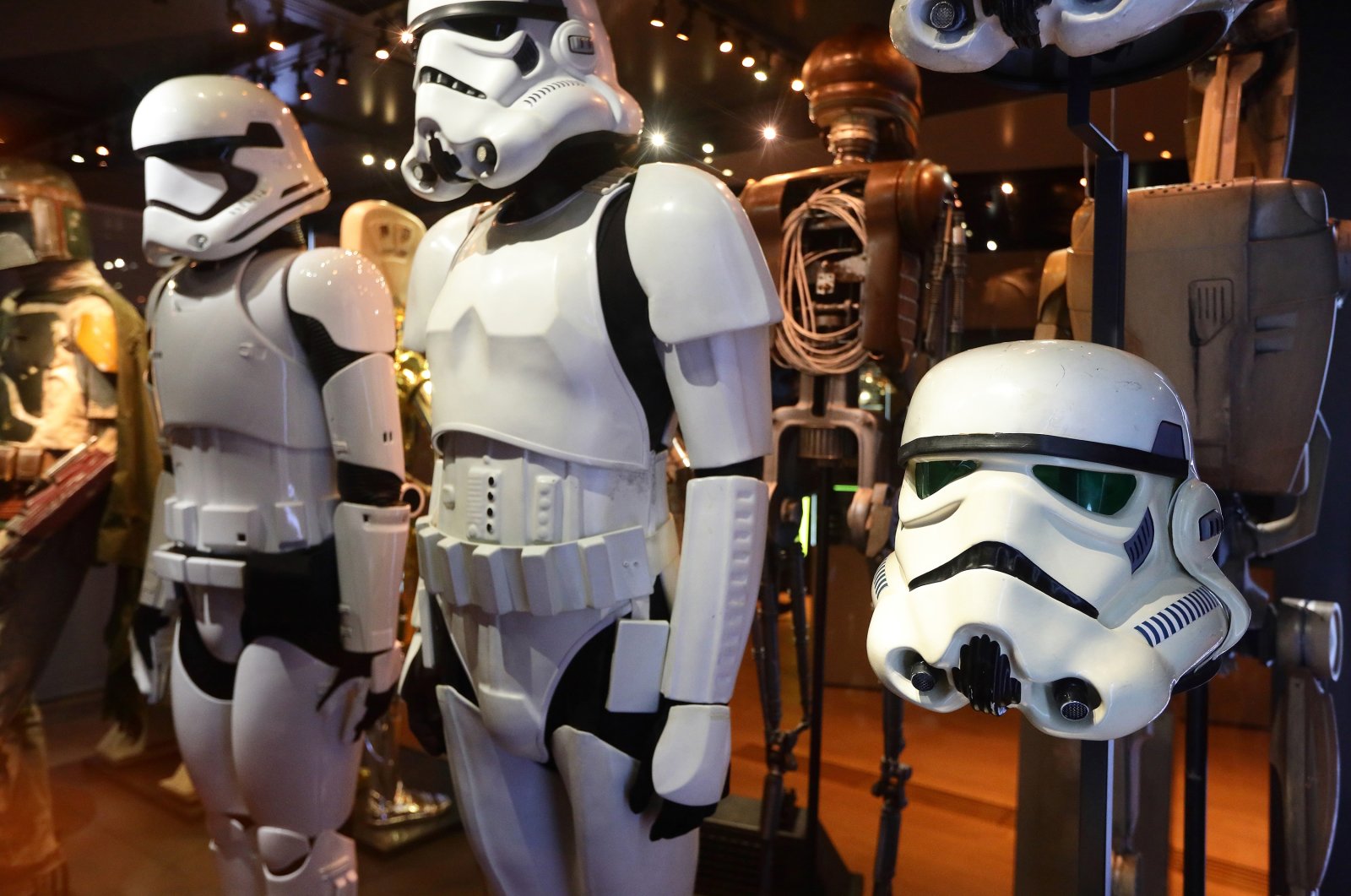 A Stormtrooper helmet on display at "The Star Wars Identities" exhibition during a media preview at The ArtScience Museum in Singapore, Jan. 29, 2021. (Getty Images)
by REUTERS Sep 29, 2021 2:11 pm
RECOMMENDED

A large collection of movie memorabilia, including Marty McFly's hoverboard in "Back to the Future Part II" and a Stormtrooper helmet, will go under the hammer in London in November.

More than 1,000 lots, made up of costumes, props and other items are expected to fetch more than 5.5 million pounds ($7.52 million) at the Nov 9-11 auction by film and television memorabilia company Prop Store.

"Basically what we're about is the preservation of movie history and (for) most of the people that buy from us, these things will go into display cabinets, be it in somebody's house, in a boardroom or in a museum. So these things are very much cherished and looked after."

Movie fans can also buy a 60,000 - 80,000 pounds lenticular Mattel hoverboard signed by "Back to the Future" star Michael J. Fox as well as a screenmatched “Wilson,” the ball serving as Chuck Noland's personified companion in the Tom Hanks film "Cast Away." It has a price tag of 40,000 - 60,000 pounds. There are also costumes from "Elf," "Spider-Man," "Blade Runner," and "Shakespeare in Love."

"I think for most people (the appeal is) probably nostalgia. The higher value items tend to be films from the 70s and 80s and these are being purchased by people who now have a bit of money," Lawes said.

"They're recapturing that little moment of their childhood – perhaps watching a film for the first time on VHS or DVD or watching it around Christmas on television with their family ... That's really the majority of the marketplace."