The horse in the wind: A new life for Halka Art 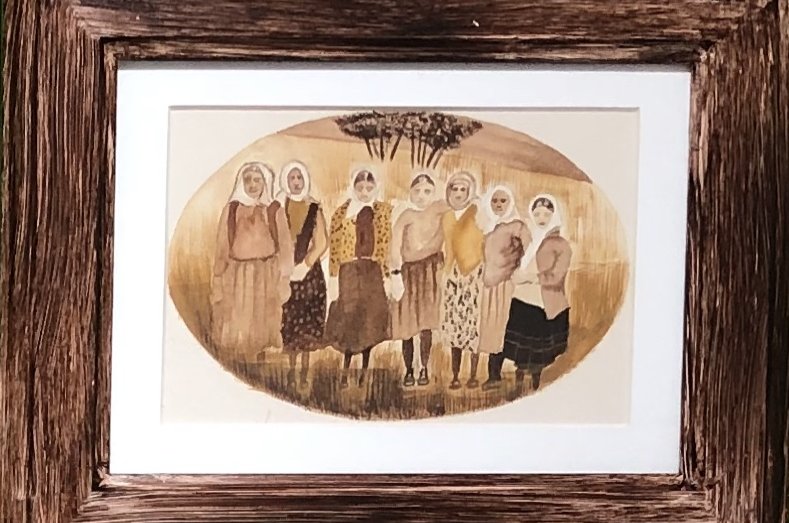 After more than a decade, Halka Art, in Istanbul's Kadıköy district, will close its doors. The small neighborhood gallery with an international scope has served as an artist residency and performance space; now it will sign off with a bittersweet exhibition

It is not difficult to imagine Sylvia Plath broken-hearted, contemplative, even brooding as she gazes toward an open field to watch a harem of horses. She trains her focus on their long tails and bushy manes, and clasps her hands. The workaholic poetess, whose untimely death by suicide cursed American letters and global feminism, wanted to possess the horses as she would the clouds and the leaves. It is evident in the opening lines of her poem, "The Eye-Mote," written in 1959 after she recovered from a splinter in her eye.

From the last stanza in "The Eye-Mote," curators Bahar Güneş and Öykü Demirci adapted the poetry of Plath into a multimedia exhibition of visual art. The title, “Horses Fluent in the Wind,” is a direct quotation from the poem that ends with the visionary wordsmith pining for somewhere, somewhen, out of the box of her confining thoughts and her vulnerable body. About their closure, as premature as Plath’s exit from the world, Halka Art continued the title of the exhibition, “or Flying From the Nest.”

In a compact room around the corner from the entranceway, through the quaint quarters in which Halka Art emerged some three years ago, after its last move, to house resident artists and hold exhibitions and events as part of their progressive programming, “Horses Fluent in the Wind or Flying From the Nest” features works characteristic to the curatorial pattern within the modest space. The works have a softness, a fragility that expresses the nostalgia and beauty of the embryonic creative impulse.

It is with a certain sadness that Halka Art has been ousted from its place in the local community due to the competitive, rapidly gentrifying economic climate in which contemporary art is increasingly sidelined in favor of more immediate, popular commodities. This confrontation with disaster capitalism has unfortunately decided the fate of small-scale entrepreneurial ventures and more traditional business models across the planet. However, resiliently, Halka Art has made history with its stand.

Drawn from her contribution to the 2016 exhibition at Halka Art, “Atlas of Sleepless,” Yasemin Nur sketched phoenix-like birds, wispy as fire, over transparent paper and cut their thin, brittle shapes out to make a series of two-dimensional sculptures that rest on the palms of hands photographed in soft light, their prints hanging over a shelf, nearly bare except for a smattering of vegetal objects crafted from the artist’s imagination, many placed in a shallow box of leaves and petals.

A scrap of a page suspends against the roughly spackled white wall beside the gently displayed works, its burnt edges evoking the mark of lost time. In its center, a cutout of an arboreal landscape is sharply outlined, rising into the jagged emptiness of negative space. With a like-minded delicacy, artist Slobodan Dan Paich impressed ink onto a page to conceive his piece, “From Obscurity to Luminosity Inwardly in One Lifetime.” The digital print of the work at Halka Art resonates with his frequent presence in the residential gallery.

In the low light of early morning, Paich can be seen across the street from Halka Art in a warm cafe, listening to spiritual music from the Anatolian heartland as he dips a brush in soup and tea to craft his idiosyncratic approach to postmodern draftsmanship. He searches, not for the skill to execute his idea, but for a vision, born of necessity, simply to create. And with a slow manner of speaking, sinking in his chair, the academic by training is visited by the muse and laughs inwardly, in silent communion with his invisible life partner.

Hanging at the end of a single rope, the figure in Paich’s drawing “From Obscurity to Luminosity Inwardly in One Lifetime” could be seen as a metaphor for Halka Art in its current, liminal state. The individual swings from the darkness with his legs outstretched to reach for enlightenment, one that by its image alone conjures hope. The grainy quality of the composition, like an early photograph, has a careful sensuality. The illumined is absolute and untouchable, and breaches the gloom but is not dimmed.

“Horses Fluent in the Wind or Flying From the Nest” spreads its wings across four gallery rooms on three floors throughout Halka Art. In a whitewashed back hall where performances, workshops and talks of all kinds have been organized, an untitled artwork by Sevil Tunaboylu stirs imaginary reminiscences of "The Eye-Mote," with its oil painting of a horse trotting through a snowy, winter landscape, yet with a surrealist window at its top-right corner opening out to a bare, summery mountain horizon under blue skies.

The effect is that of a scene within a scene, almost like the sequence of rooms within Halka Art, filled with artworks that triumph in their remote poetics of pure, visual invention. Obliquely, that sense is captured by Sezgi Abalı in her series of archival pigment prints, “The Unbearable Lightness of Being Dust” (2018). Three successively smaller photographs hang beside a birdhouse, its entry hole overflowing with creepers that obscure the portrayal of a person, covered in thick, dark green vegetation.

The domestic interior, overcome with an overgrown, invasive plant, zooms out to reveal a pastoral landscape, in which a lonely white house is set against a murky forest blanketed by an overcast sky. On a related theme, one of the more striking series at the show is by watercolorist Sevda Bad, who doubles as an art management communications professional at Halka Art. Her paintings “Life is Running” (2019) awaken the aesthetic and content of family photo albums, but from the old days when folks gathering in front of a camera was a special occasion.

In one of her black-and-white works that have the effect of a historical grab, a patriarch dons a 1970s sport jacket, his collars popping with charismatic pizzaz as he grasps the shoulder of his headscarf-wearing wife. She is plainly garbed in kitchen wear and slippers, nervously grabbing her knees, covered in loose-fitting, homebound pajamas. They are a sizable Anatolian family with five children. Above their kitschy frame, in another work enclosed in wood, Bad painted seven skirted aunties standing in a field.

Another welcome contribution to “Horses Fluent in the Wind or Flying From the Nest” came from the renowned Turkish-American artist Nancy Atakan. Her piece is a collection of digitally printed drawings on cloth, titled, “Loss for One is Birth for the Other” (2018). Inspired by Plath, she followed the poet’s line of thought concerning the duplicitous nature of retrospection when applied to the fleeting nature of momentary experience. And her artwork attests to deeper schemes of interdependent, personal and environmental changes in the face of urbanization.