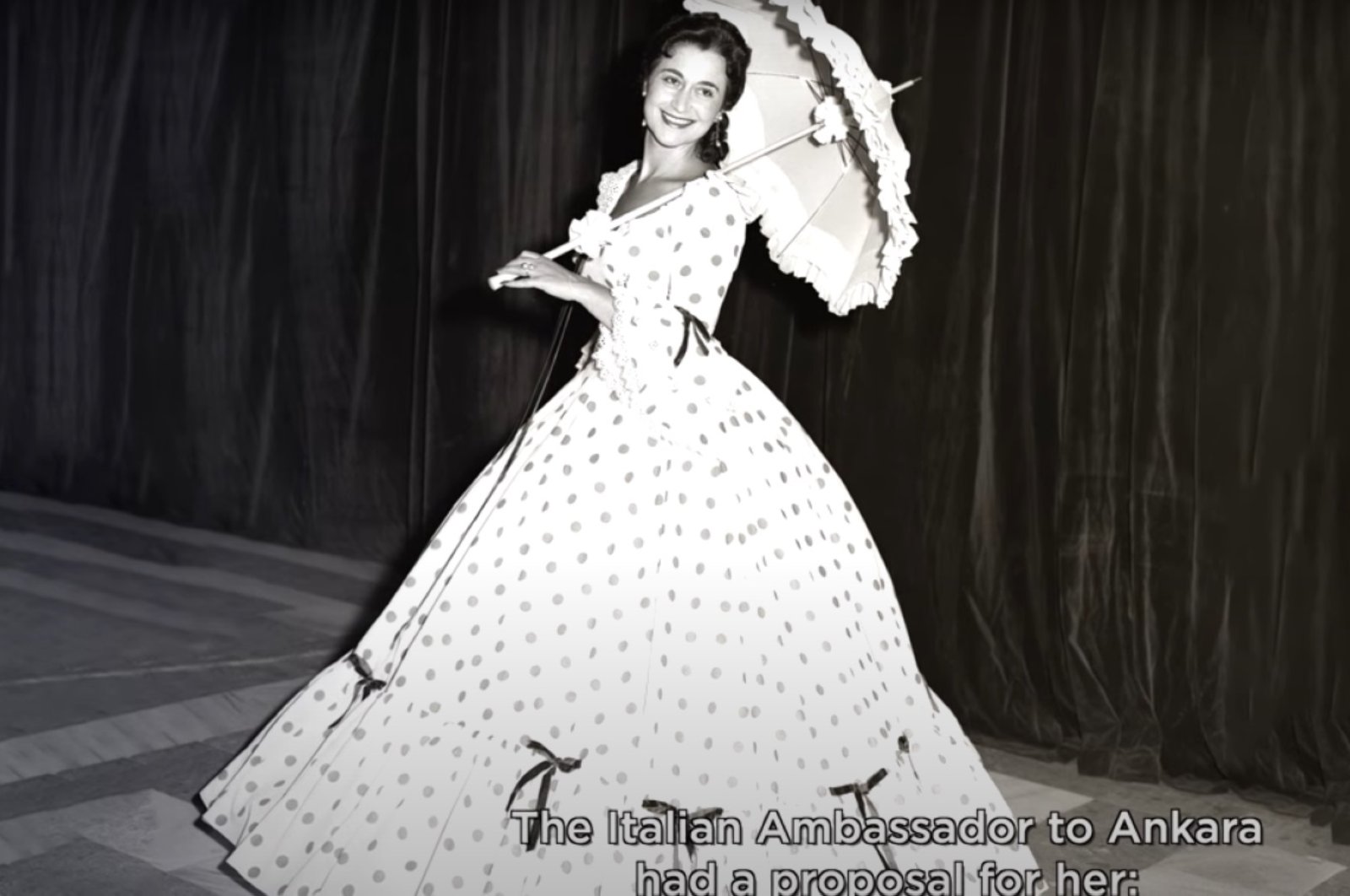 The İKSV has released the documentary "Leyla Gencer" online during the pandemic period.
by Anadolu Agency May 14, 2020 11:44 am
Edited By Irem Yaşar
RECOMMENDED

As the world came to a near-standstill due to the coronavirus, so too has the entertainment and art sector across the world.

Entertainers, artists, executives and organizers worldwide are thinking about how to weather the virus's severe impact on show business and the fine arts.

In Turkey, all actors in the sector are mulling the future of arts and entertainment venues and how artists and performers will survive without any upcoming events, Görgün Taner, head of the Istanbul Foundation for Culture and Arts (İKSV), told Anadolu Agency (AA).

Apart from the digital stage, Taner added, culture and art production and consumption have slowed down amid the pandemic, which has killed over 290,000 people worldwide, with total infections of more than 4.2 million.

Although some countries across the world have begun gradually easing measures against the virus, movie theaters, cafes and other venues are still shuttered across Turkey.

Taner said he expects the sector to take a huge financial blow from the virus in the short term.

He also highlighted a document called "The Uniting Power of Arts and Needs of the Cultural Field During the Pandemic" released by İKSV.

Citing a report by KREKSA, an Istanbul-based culture research company, the document said that in 2017 nearly 15,400 enterprises active in the culture industry generated over 52,000 jobs, reaping revenues of over TL 14 billion ($2 billion) and added value of over TL 3.5 billion ($500 million).

"The already vulnerable situation of the field due to its reliance on limited resources demands the urgent support of national and local governments, private sector actors and individual donors in cooperation with civil society," the foundation suggested.

Taner echoed the research, saying: "I think the coronavirus will have an impact on the way we both do business and live in the long run."

"While digital content is growing, I believe that simplicity, savings, sharing, solidarity and technology will take on increased importance in all areas of life," he added.

Founded in 1973, the nonprofit cultural institution has closely followed information and advisories from the World Health Organization (WHO) and the Health Ministry, which has handled the pandemic locally.

Firstly, Taner said, the İKSV decided to not allow any guests from abroad – as it normally organizes international events – to prevent any danger to public health. Since mid-March, the İKSV staff has been working remotely, he added.

The 39th Istanbul Film Festival was also postponed and all activities at venues such as the Salon İKSV and İKSV Alt Kat were canceled. The 49th Istanbul Music Festival, scheduled for June, and the 27th Istanbul Jazz Festival, slated for July, were both postponed until fall.

"We're still following developments in Turkey and around the world to take necessary measures," Taner said.

As live entertainment worldwide has turned to streaming, the IKSV became a part of the digital transformation as well.

The Istanbul-based foundation streamed two documentaries from its archives on YouTube, one on the opera singer Leyla Gencer, and “Ve Perde!” on Turkish cabaret pioneer Haldun Taner, plus a Turkish play first staged in 2002, "Nazım'a Armağan" ("A gift for Nazım").

"Currently, we continue our efforts to develop new digital projects and to produce new content in cooperation with our stakeholders and artists," Taner said.

As to when the world and also the arts and entertainment sector will return to normal, there are different projections, all of them contingent.

The development of a vaccine or effective treatment for the virus and how the virus and its speed of transmission evolves, plus the dynamics of various countries are all factors that will affect the course of the pandemic, according to Taner.

"We've never lived through such a time, so it's very difficult to make predictions," Taner said. "We will see the long-term results together, but surveys show people aren't keen on gathering in crowded environments in closed areas, at least in 2020."

"A lot of research is being done on alternatives such as activities in open areas or closed but well-ventilated venues where social distancing can be implemented, and we'll follow all this closely," he added.

In Germany, an organizer recently held what might be the world's first drive-in party in a parking lot to follow the country's social distancing rules.

"Whatever the developments in this physical world, we can say that art content will become more digital in the days to come," Taner said.

Yet experiencing art together, and the transfer of emotions in an event, is extremely important for the human soul, Taner explained.

"I personally do not think that an exclusively digital world will be enough for art, and I hope that activities that bring people together without risk to our health can start again before too long."