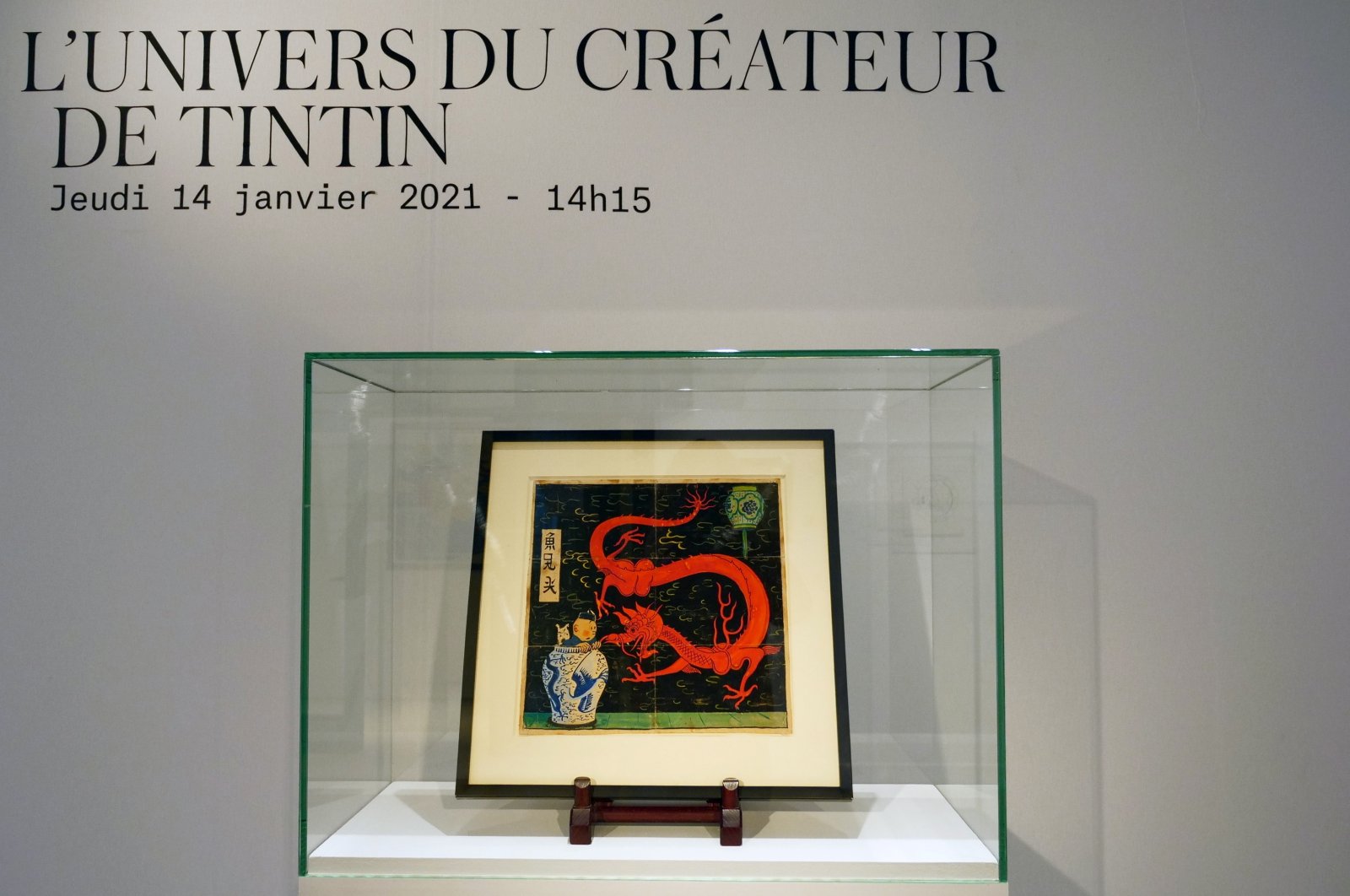 A painting of comic book hero Tintin that was kept folded in a drawer for years sold at a Paris auction on Thursday for 3.175 million euros ($3.86 million), the auction house said.

The painting is the work of Belgian illustrator Georges Remi, better known by his nom de plume Herge, who was the author of the Tintin comic books. He died in 1983.

Herge submitted the painting for his editor as a proposed cover for the pre-World War II Tintin album "The Blue Lotus," according to the Artcurial auction house, which conducted the sale.

But Herge's publisher rejected the painting, and a different Herge image was used for the cover.

The illustrator gave the rejected image as a gift for Jean-Louis Casterman, heir to the publishing house that published the Tintin books.

The painting was kept by Casterman, folded in a drawer. Until his death, he declined offers to sell the work, saying he treasured it as a gift from Herge, according to Eric Leroy, comic book expert at Artcurial.

The 3.2 million euro sale price is before the auctioneer's fees are added. The buyer was a private collector, whom the auction house did not identify. The price exceeded the top end of the estimate set by the auctioneers of 2.8 million euros.

The image in the painting shows the intrepid young reporter Tintin, in oriental dress and flanked by his dog, Snowy, hiding in a vase from a rampant red dragon.

The painting, in ink, watercolor and gouache, still bears the marks where it was folded.

"It's the most beautiful item that's on the market in private hands," Leroy said before the sale.