Van Gogh's Paris painting to be on display for first time 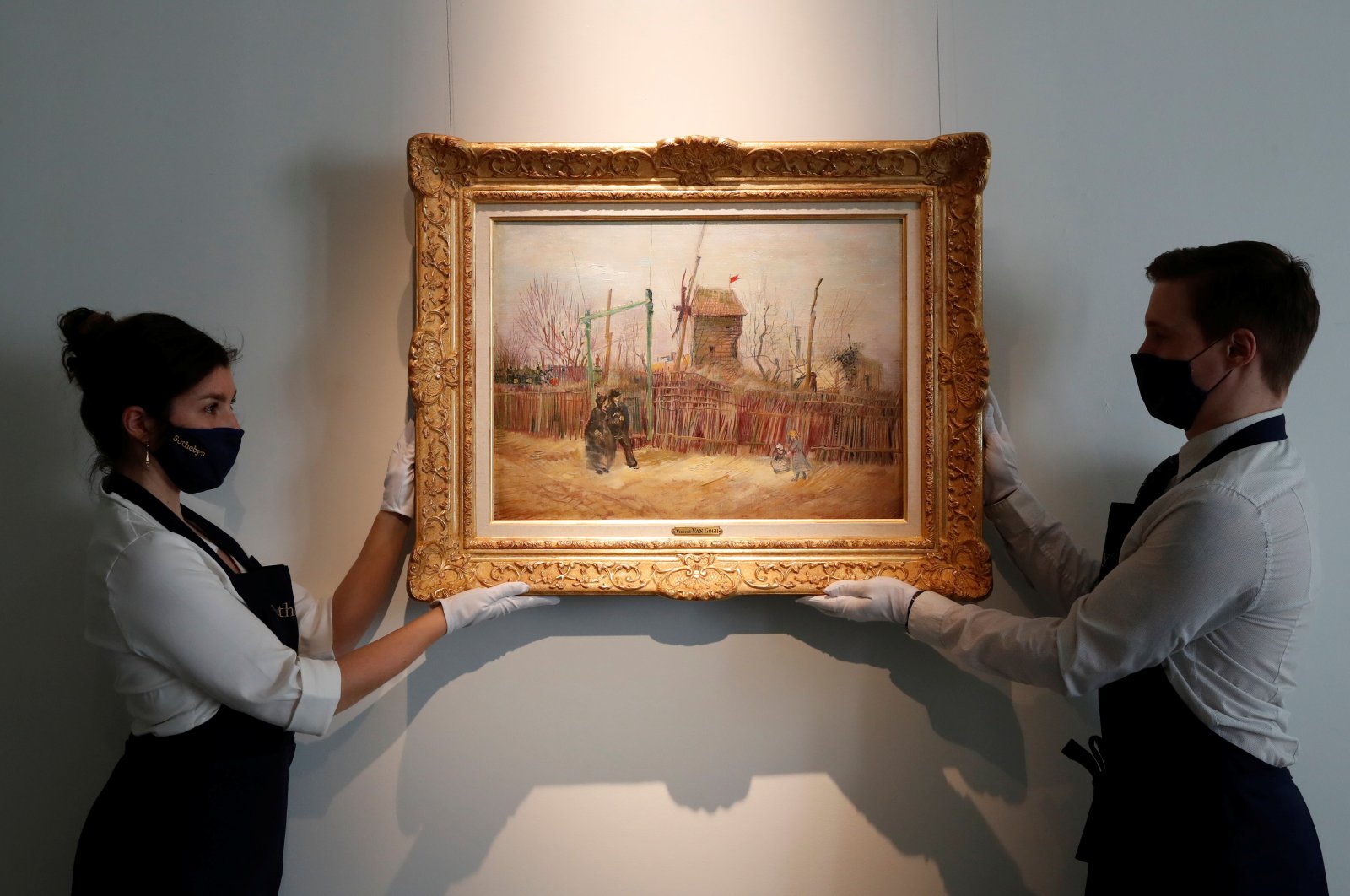 A special painting by Dutch post-impressionist painter Vincent Van Gogh will be seen for the first time after staying behind closed doors for more than a century. The painting depicting a Paris street scene was in a French family's private collection.

"A street scene in Montmartre," painted by Van Gogh in 1887 while he was lodging with his brother Theo in the French capital, will be put on display by Sotheby's auction house in Amsterdam, Hong Kong, and Paris, prior to being auctioned off next month. The auction house put an estimated value on the artwork of between 5 million euros ($6.08 million)and 8 million euros.

The painting depicts a man and woman, strolling arm in arm past a ramshackle fence with a windmill in the background. The painting is part of a series that Van Gogh produced of scenes in Montmartre, a hilly district of Paris now dominated by the Sacre Coeur church.

When the artist was there, the church was under construction and the area was a patchwork of fields, houses and windmills on the edge of the city that was starting to attract a bohemian artist set with its cheap rents.

The auction house said the painting had been seen in catalogs but has never itself been on public display. It did not identify the current owner.

Sotheby's said in a statement that very few paintings from Van Gogh's Montmartre period remain in private hands. "The appearance on the market of a work of this caliber, and from such an iconic series, is undoubtedly a major event," the statement said.

Van Gogh arrived in Paris in 1886. He left the city in 1888, saying he had grown tired of the hectic pace of Paris life.

He moved to the south of France, where he cut off part of his ear during an episode of mental illness. The artist later shot himself and died near Paris on July 29, 1890.