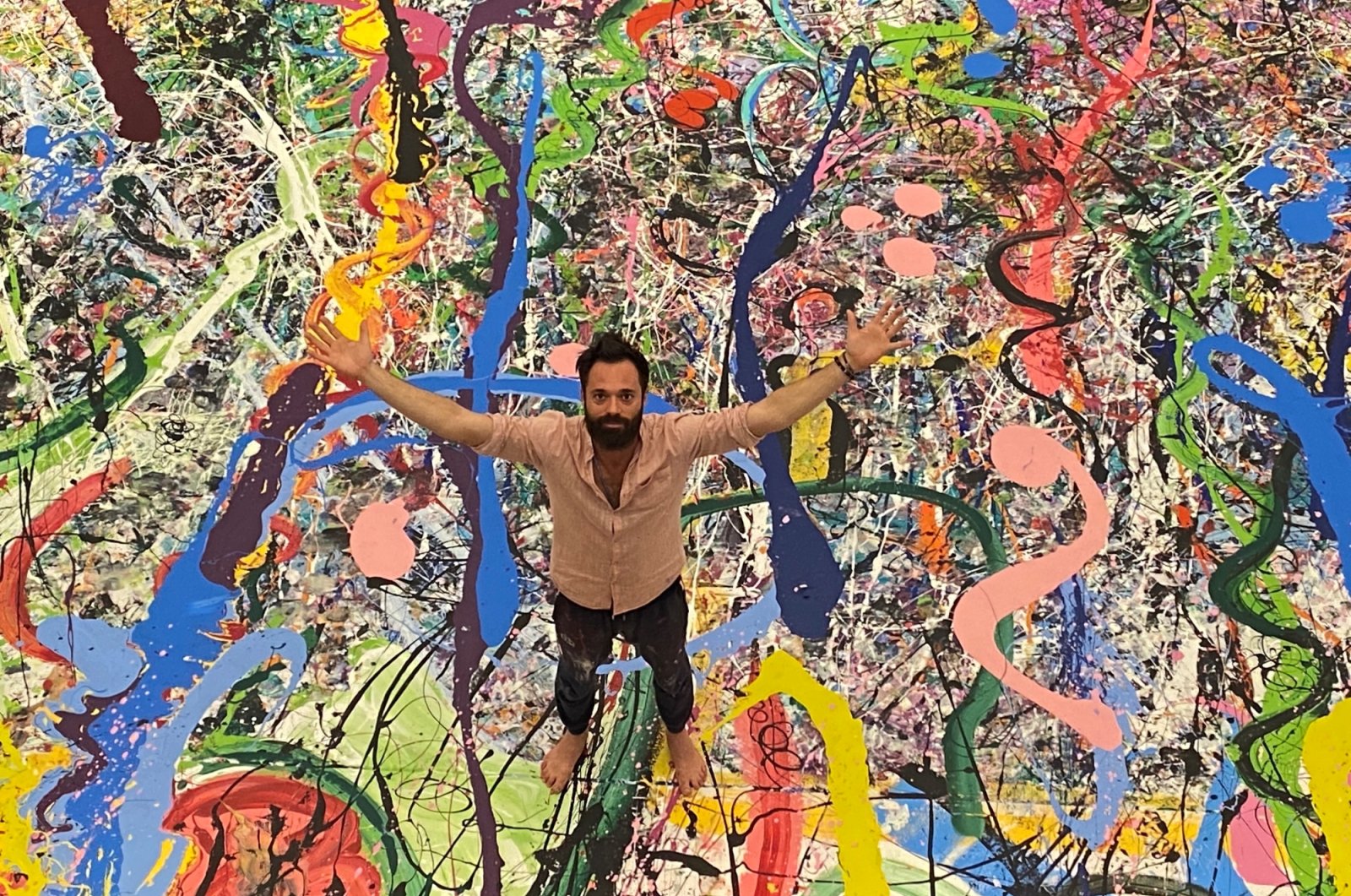 The world's largest painting on canvas has fetched $62 million in Dubai and became the second most expensive painting sold at auction by a living artist.

The original painting, "The Journey of Humanity" by British artist Sacha Jafri, holds the Guinness World Record for the largest art canvas.

Painted on one large canvas on the ballroom floor of the Atlantis hotel in Dubai over seven months of the coronavirus pandemic, the canvas was split into 70 lots for sale. They were all bought together by Andre Abdoune, a French national living in Dubai who has a cryptocurrency business.

Jafri aimed to raise $30 million for charities by auctioning the 1,800 square meters (19,375 square feet) of canvas in sections, but Abdoune put in a bid for the entire work.

Abdoune said he is planning a "second step" for the painting, hoping to raise even more money for charity, without giving further details. For now, he intends to leave the painting in Dubai.

"The aim was always to change the lives of children around the world and try and reconnect humanity," said Jafri, who incorporated paintings in his work from children in more than 140 countries.

"The purity of intention that only children have, did something really powerful," he said.

Jafri, who was in the United Arab Emirates (UAE) when a coronavirus lockdown was imposed, came up with the concept for the work with themes of connection and isolation. He used 1,065 paint brushes and 6,300 liters of paint.

The most expensive painting by a living artist sold at auction was David Hockney's 1972 "Portrait of an Artist (Pool with Two Figures)," which in 2018 sold for $90.3 million. And in March, a digital artwork sold for nearly $70 million in the first sale by a major auction house of a piece of art that does not exist in physical form.