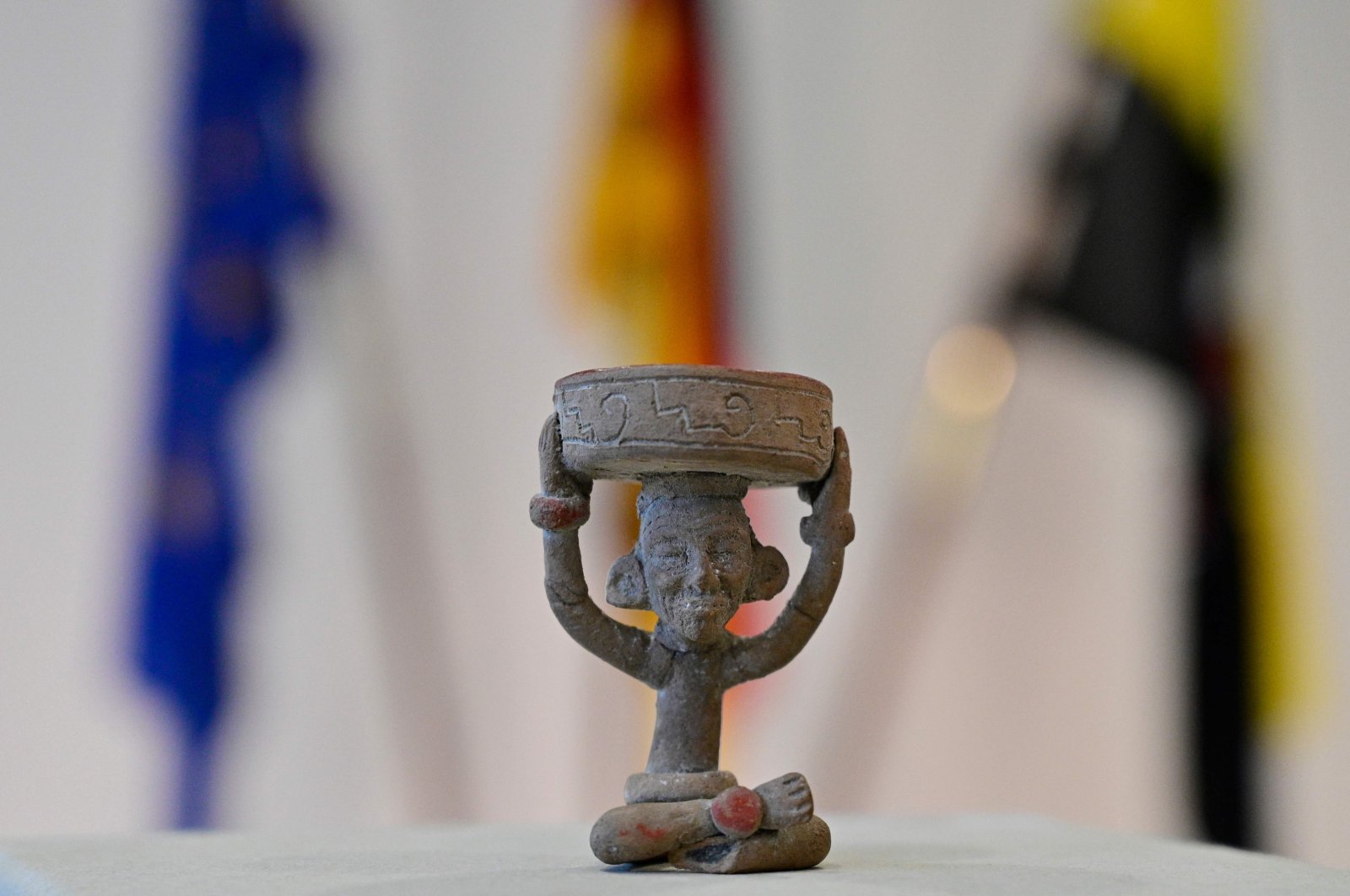 A "Figure with Candle Holder" is seen during a handing over ceremony of a small trove of Mayan cultural artifacts being returned to Mexico and Guatemala in Berlin, Germany, Nov. 5, 2021. (AFP Photo)
by Daily Sabah with AFP Nov 05, 2021 7:22 pm
RECOMMENDED

Smuggling of historical artifacts is an enormous issue around the world as it robs unique cultures of their history, but sometimes there is hope. As such, Germany Friday returned a collection of ancient Mayan artifacts to Guatemala and Mexico after they were discovered by the German police as they were stashed in the cellar of a farmhouse in the state of Saxony-Anhalt, last year.

The 13 objects include vases, figurines and plates and date back to between 250 and 850 A.D., the regional government of Saxony-Anhalt said.

Eleven of the objects were made in what is now Guatemala but they also include two figurines from Teotihuacan, the largest city in pre-Aztec central Mexico, located about 40 kilometers (24.85 miles) from Mexico City.

"This gives us hope that other owners of similar pieces in private collections will follow the same path" of returning them, Arevalo told a press conference.

"Illegal trade in cultural objects must be stopped and combated," Haseloff said, adding that the handover was intended to raise awareness.

"Objects pillaged or stolen from former colonies can be found not only in museums but also in our cellars or attics," he said.

The farmhouse's previous owner had buried the Mayan treasures in a box in 2007 along with two World War II rifles that had belonged to his grandfather.

He contacted police in 2020 to confess the box could be found in the cellar of the farmhouse, saying he wanted to comply with the law on handing over illegal weapons.

Police found the guns but to their amazement, also uncovered the objects wrapped in newspaper, local prosecutors said.

The man said he was unaware of the object's provenance or of its real value.

According to the Saxony-Anhalt authorities, the objects were probably stolen by grave robbers in Guatemala and Mexico before being sold on the black market.