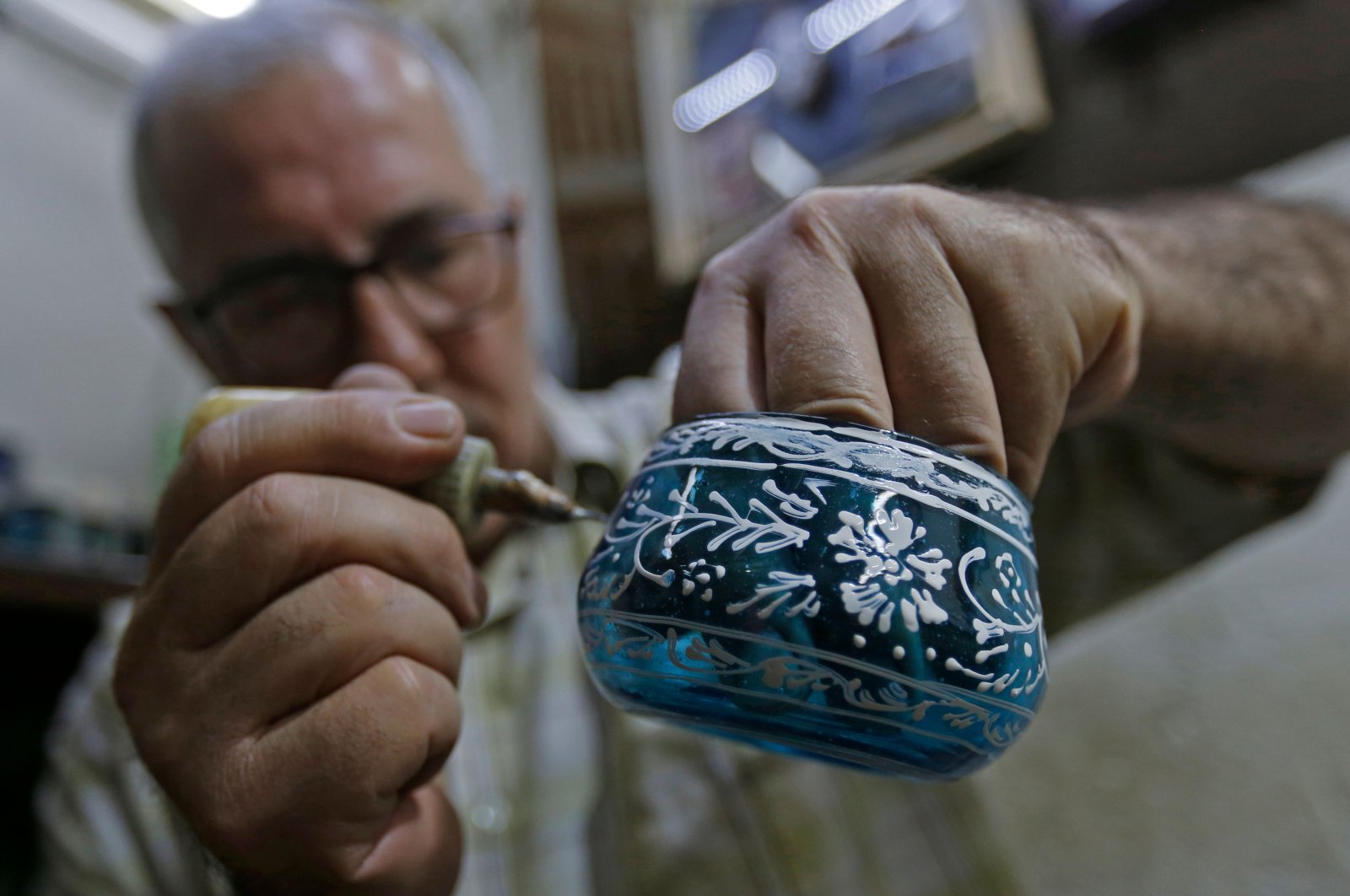 In Syria's capital, Mohammed Hallak blows through a long metal tube into billowing red-hot glass, trying to keep his waning craft alive despite a war that keeps clients away.

"We're the last family to be working in glassblowing in Damascus. I'm scared the profession will disappear," said the 62-year-old artisan.

Clutching the metal pipe, he swings a bright orange glass ball around in circles at arm's length to cool it off, before plunging it back into a furnace.

Sitting in front of the oven, he then works rapidly with large pincers to press down the curves of the translucent globe and transform it into a tall drinking glass.

"The pieces we work on have soul," he told Agence France-Presse (AFP) inside his modest workshop, dismissing the machines that have today replaced the millennia-old craft.

With a passionate twinkle in his eye, he described the stages of traditional glass production he learned from his forefathers.

"We have to sort through the broken glass, put it in the furnace, take it out, blow into the molten glass, shape it up and decorate it," he said.

"A machine spews out 20 drinking glasses a second, but here we need a quarter of an hour to finish each item."

Mohammed and his two brothers, Mustafa and Khaled, learned the secrets of the craft from their father, who inherited the skills from his own father.

But Mohammed has not managed to pass on the trade to his own children.

"They didn't want to learn the profession as it's not financially viable," he said, pausing from painting an intricate white pattern on a dark blue glass ornament.

Mohammed says clients have become rare since war erupted in his country in 2011, keeping tourists away from the covered alleyways and markets of old Damascus.

"Hardly anyone buys handmade glass anymore – just some embassy employees, hotels and restaurants," he said. "It's not enough to keep the craft alive."

Fuad Arbash, the head of Syria's oriental craft professions association, said glassblowing had been around in Syria for centuries.

Phoenicians are believed to have invented the art more than 2,000 years ago on what is today the coast of neighboring Lebanon.

According to legend, the seafaring merchants discovered a substance that could be stretched and molded, running out from under the pots they used to cook their meals along the sandy beach.

The Hallak family is the last to keep up the tradition in the capital – "perhaps even in the whole of Syria," Arbash claimed.

He said he hoped that holding workshops might encourage the younger generation to pick up glassblowing and other disappearing crafts but conceded that the conflict was a major obstacle.

"This profession largely depends on tourists and visitors from abroad. Today it's fighting to survive," Arbash added.