'Godzilla vs. Kong' draws scores to cinemas despite pandemic 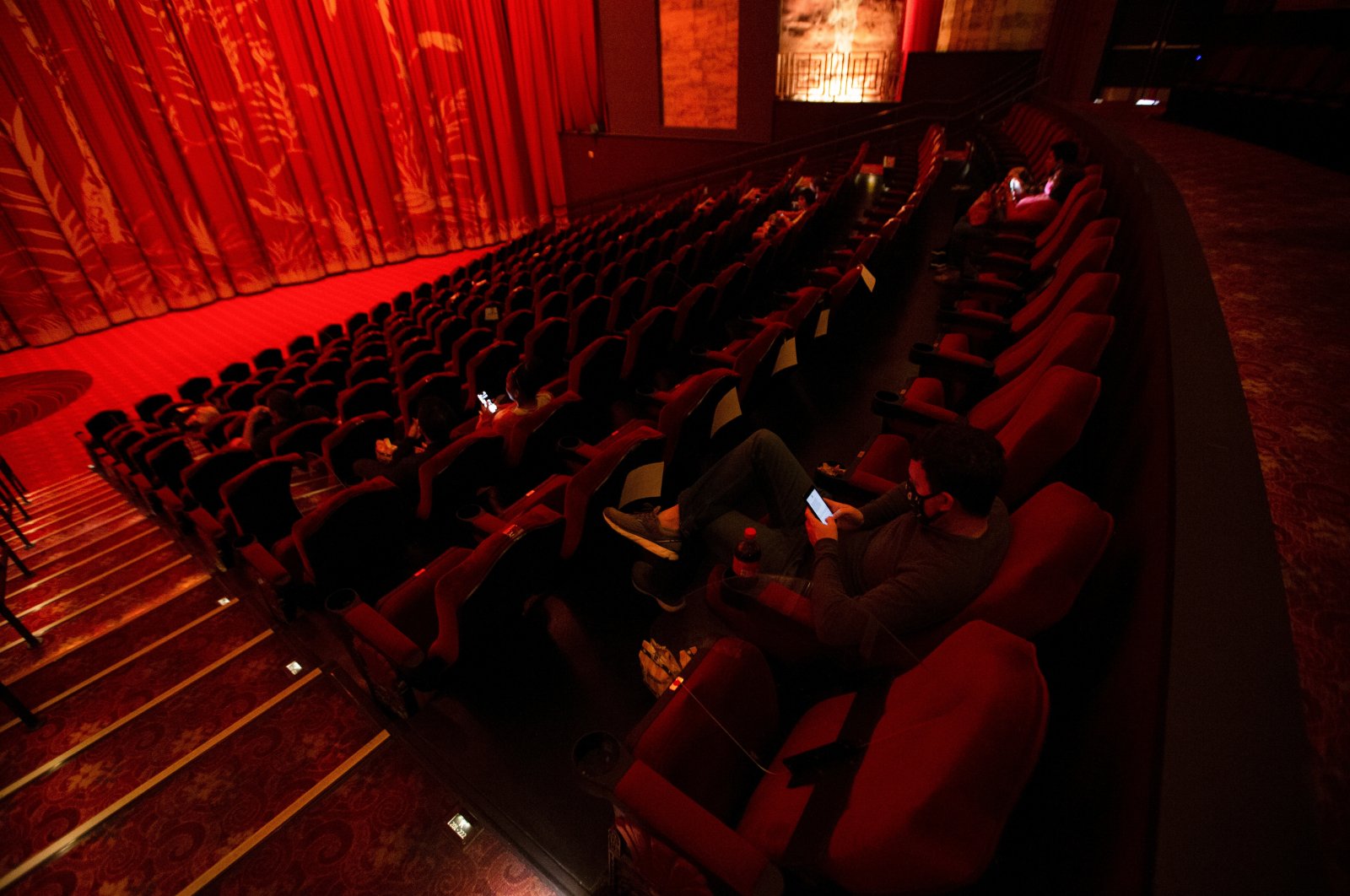 Moviegoers sit socially distanced as they wait for the movie "Godzilla vs. Kong" on the reopening day of the TCL Chinese theater during the outbreak of the coronavirus, Los Angeles, California, U.S., March 31, 2021. (Reuters Photo)
by REUTERS
Apr 04, 2021 6:56 pm

"Godzilla vs. Kong" is pulling the box office out of a pandemic-induced depression, giving Hollywood and theatres hope that people might be willing to return to the big screen following a year of watching movies in their living rooms.

The tentpole, from Warner Bros. and Legendary Entertainment, generated $32 million over the weekend and $48.5 million in its first five days of release. That's easily the biggest debut since coronavirus hit. Prior to this weekend, "Wonder Woman 1984" had the biggest three-day start with $16.7 million, followed by "Tom and Jerry" with $14 million.

The results for "Godzilla vs. Kong" are especially impressive because the film is also available to HBO Max subscribers for no extra fee. It's unclear how many people have streamed the movie.

David A. Gross, who runs the movie consulting firm Franchise Entertainment Research, called opening weekend ticket sales "strong" given the "still-difficult conditions." More than 50% of movie theaters in the country have reopened, but many – including those in New York City and Los Angeles – have been operating at reduced capacity to comply with pandemic safety protocols.

"While it's half of what it would be under normal circumstances, the weekend is a clear and positive indication that moviegoing has inherent strengths that aren't going away," he said.

Though ticket sales for "Godzilla vs. Kong" are certainly encouraging, the U.S. box office has yet to fully recover from the yearlong shutdown.

"Godzilla vs. Kong" wasn't this weekend's only new release. Sony Pictures' horror film "The Unholy" pulled in $3.2 million from 1,850 locations, a modest start for the low-budget movie. It narrowly beat out Universal's action thriller "Nobody" for third place on box office charts. "Nobody," starring Bob Odenkirk as a mild-mannered father-turned-vigilante, earned $3 million in its second weekend, boosting its domestic tally to $11.8 million.

In fourth, Disney's animated adventure "Raya and the Last Dragon" made $2 million from 2,031 locations. The film, which is also playing on Disney Plus for a premium $30 fee, has grossed $32 million at the domestic box office.

"Tom and Jerry" rounded out the top five, amassing $1.5 million in its sixth weekend in theaters. To date, the movie has made $39.5 million in the U.S. It's also available on HBO Max.