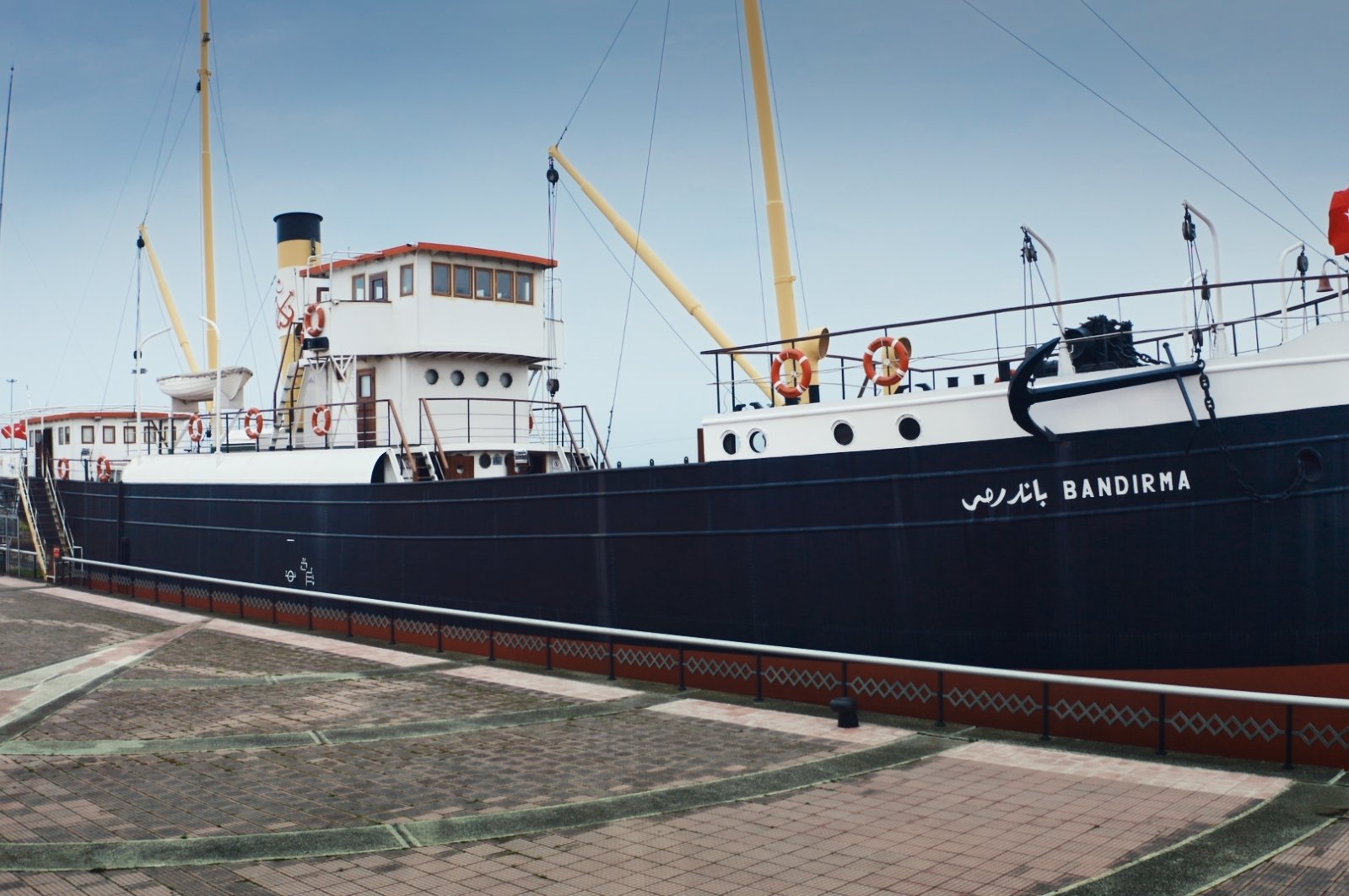 The replica of the historic SS Bandırma, also known as the Bandırma Ferry, which secretly delivered Mustafa Kemal Atatürk to Samsun on May 19, 1919, to start the War of Independence, rests in Samsun, northern Turkey, May 18, 2021. (AA Photo)
by DAILY SABAH WITH AA May 19, 2021 10:19 am
RECOMMENDED

It has been exactly 102 years since the founder of the Republic of Turkey, Mustafa Kemal Atatürk, arrived in northern Turkey's Samsun on the SS Bandırma, or the Bandırma Ferry – a mixed-freight ship that played a pivotal role in delivering Atatürk and his comrades to Samsun – beginning the War of Independence. The historic ferry has now been turned into a virtual museum, welcoming visitors from across the world withy raised interest on the Youth and Sports Day.

The virtual museum, established by the Sabancı Foundation in cooperation with Samsun Metropolitan Municipality, was opened to visitors on both their respective websites Wednesday, on the 102nd anniversary of that historic day – May 19, 1919, now marked as a national holiday.

"May 19 is the beginning of a nation's fight for liberation. One of the most important symbols of this struggle, initiated by Mustafa Kemal Atatürk and his comrades in arms on May 19, 1919, is undoubtedly the Bandırma Ferry,” said Güler Sabancı, chairperson of the Sabancı Foundation board of trustees.

“Accordingly, as the Sabancı Foundation we set out with the dream of bringing this historic symbol, which was turned into a museum in 2005, to everyone's, especially young people's, homes,” she told Anadolu Agency (AA), and added, “We are delighted to present the Bandırma Ferry Virtual Museum to Turkey on the 102nd anniversary of its arrival in Samsun."

Sabancı noted that due to the COVID-19 pandemic, people are not able to come together in crowds. “However, this situation does not prevent us from celebrating this special day with enthusiasm, gratitude and solidarity,” she said.

The historical Bandırma Ferry that carried Atatürk was destroyed in 1925 after it was taken out of duty. A replica, accurate to the original dimensions and details, was completed in 2001 and later became the home of the museum.

The museum, and its virtual counterpart, consist of two areas, the Ship Museum section and the Open Air Museum. Various documents, including visas and telegrams, throughout the museum's two sections tell the historic journey of the ferry, as well as Atatürk's life.

The ferry itself houses a group of sculptures depicting Atatürk and his fellow comrades conducting a meeting in one of the cabins. Sculptures depicting the ship's captain, first mate and clerk are also displayed in the vessel's bridge.