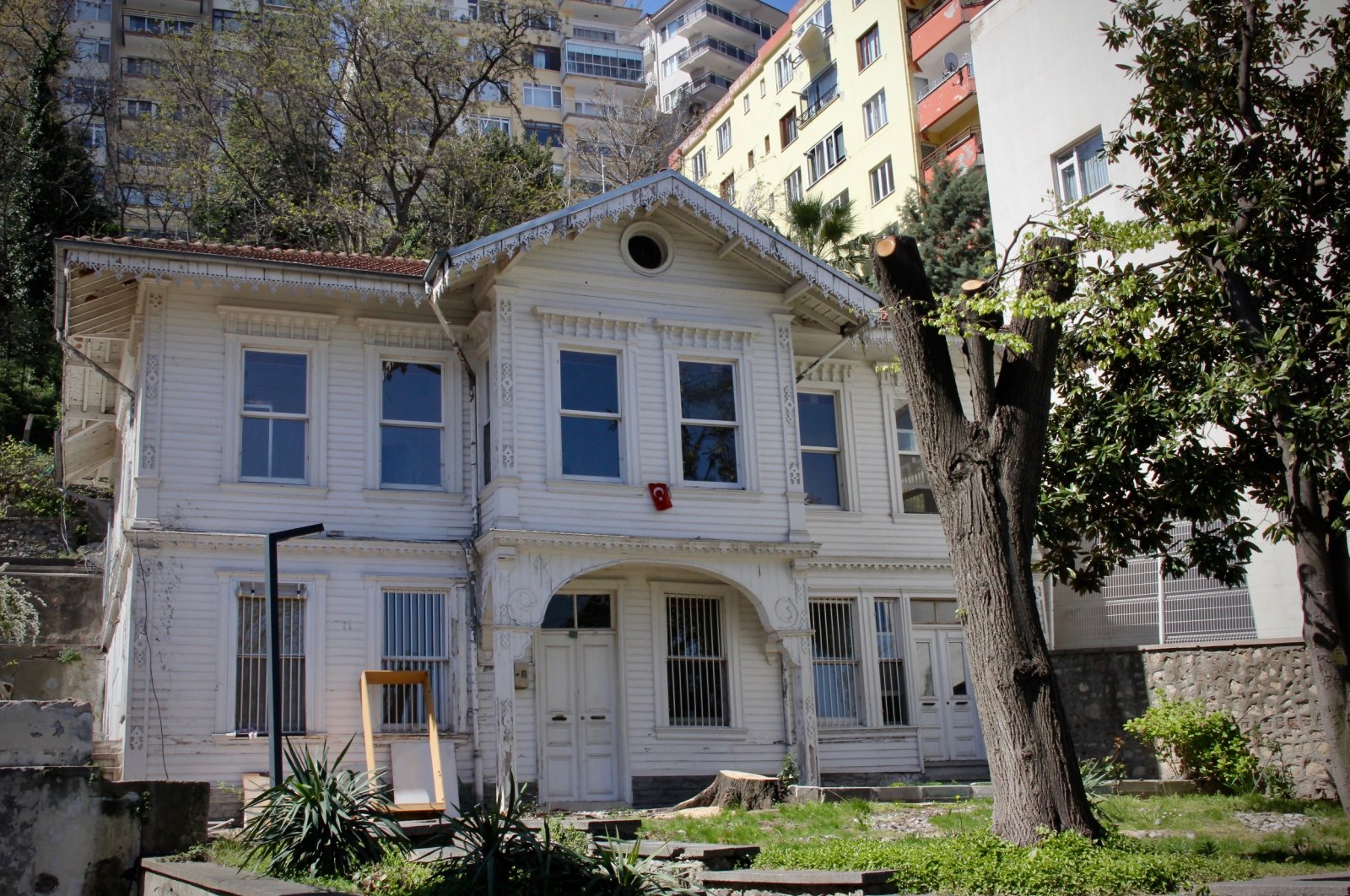 A photo of Saatçi Mansion from afar. (AA Photo)
by Anadolu Agency May 03, 2020 1:03 pm
Edited By Irem Yaşar
RECOMMENDED

The historic Saatçi Mansion, built in the western province of Bursa in 1890 and used as a forestry museum for 31 years, will be restored. The 130-year-old building, located on Çekirge Street in the Osmangazi district, was used as the Bursa Forest School from 1934 to 1949, as the Forest Regional Directorate building in the following years and as the forestry museum since 1989. The structure will now undergo extensive restoration.

In the garden of the Baroque-style two-story wooden structure, which is one of the civic architectural examples of the city attracting attention with its ceiling embroideries and decorations, there is a mansion, a pergola, a pool with a lion's mouth and memorial trees built at the same time as the mansion.

After two years of restoration work to be carried out by the Governorate and the Regional Directorate of Forestry, the building with its magnificent appearance will continue to serve as the Bursa Forestry Museum to promote the historical development of forestry and provide information about forests.

In an interview with Anadolu Agency (AA), Bursa Forestry Regional Director Yalçın Akın said that Saatçi (watchmaker) Ali Efendi, the first owner of the mansion, produced watches in the building for years. Indicating that Ali Efendi used the mansion as a workshop and as a place of residence, Akın said: “The building was converted to the Forestry School in 1934. Those are the years in which the first technical studies on forestry were carried out. The school trained staff, chiefs, engineers and officers for forest service. The building was put into service as Bursa Forestry Regional Directorate in the 1960s and served as a public institution until 1981."

Akın stated that the first forestry museum of Turkey housed in the mansion was launched in 1989. Pointing out that the museum hosts documents, archival materials and photographs of the 181 years of forestry service, Akın noted that visitors thus have access to information about the history of forestry.

Akın further stated that the structure has not undergone any restoration, repairs were done only once, adding: “We are preparing a tender for the implementation of the project this year. The mansion and its additional structures will be tendered for restoration and then construction will begin later.”

Emphasizing that the mansion will be restored in line with its original architecture, including embroideries, murals, ceiling decorations and decor, Akın said the museum is often visited by student groups and those who are familiar with the forestry service along with the ones who were engaged in this profession. “Once the restoration is complete, we will focus on promotional activities. We want wider sections of the community to visit here,” he added.

The museum contains about 3,000 pieces including plant and animal fossils and tools, materials and maps related to forestry.

The museum also contains an instance of the redwood tree, also known as the elephant or mammoth tree, found 3 million years ago in Anatolia, a bone fossil of an animal that was the ancestor of horses, and fauna and flora fossils dating back14 million years during the old Miocene period.

Among the works exhibited, there are maps of historical value, drawn using the technique of the initial years of the 1900s, land and office materials used in forest engineering, and radiophone and switchboards.