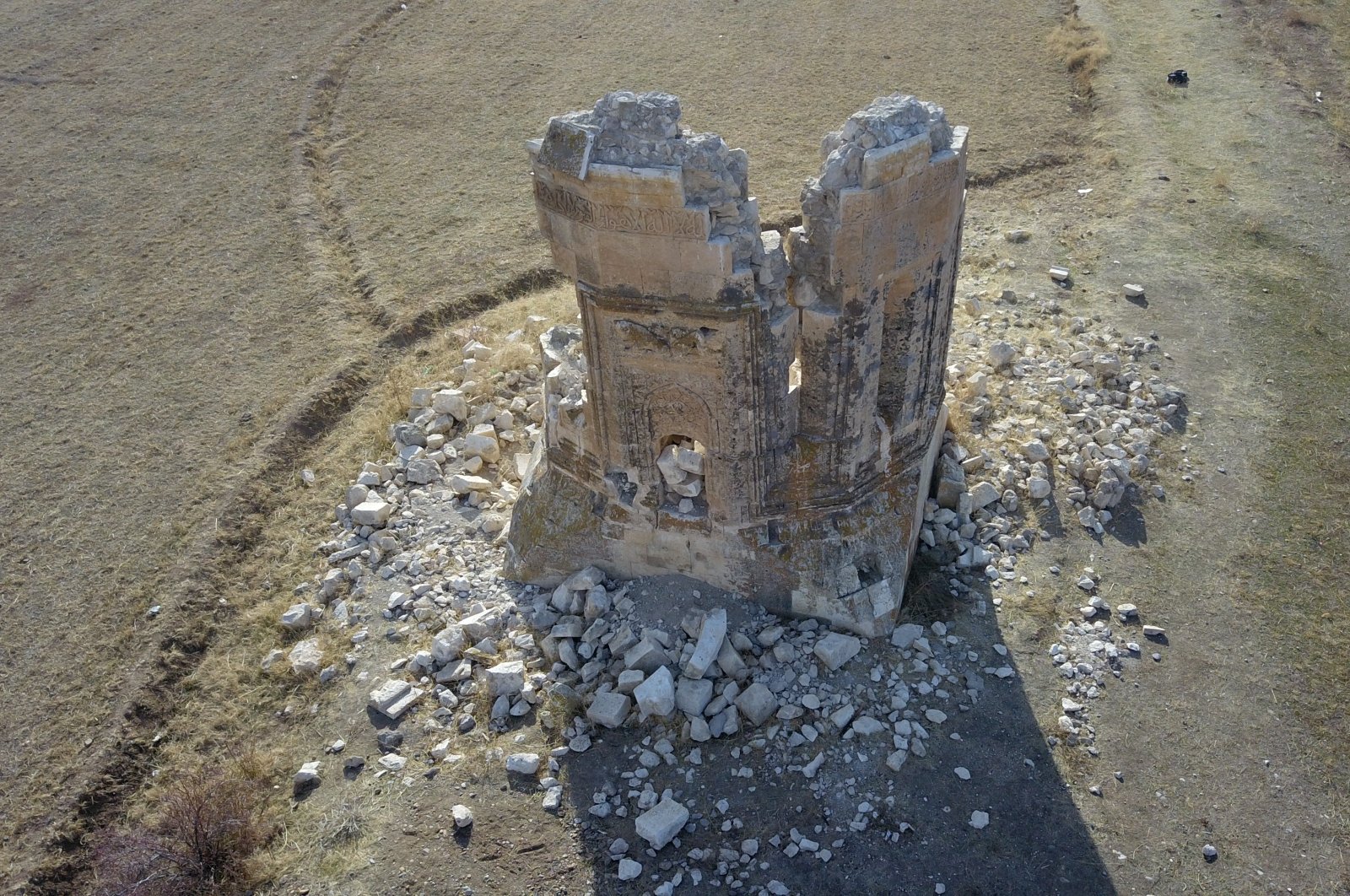 Built during the Kara Koyunlu (Qara Qoyunlu) Dynasty period in the eastern province of Van, a historical kümbet – a dome-shaped mausoleum from Seljuk architecture – will be restored after being severely damaged in the 2011 earthquake that shook the city.

The kümbet in the Erciş district, which is named Zortul Kümbet after the nearby village, was adorned with the figures of a two-headed eagle, a lion and birds. While the animal figures are considered to be symbols of royalty, there is no inscription to identify the person buried within. However, the figures and the tomb's architectural similarities with the Kadem Pasha Hatun Kümbet, which was built in 1458 in the same district, lead historians to believe that it belongs to Qara Yusuf, the 15th-century ruler of the Kar Koyunlu Dynasty.

The kümbet was significantly damaged in the devastating earthquake that occurred in Van in 2011. Most of it collapsed due to the disaster, and only a portion of the northern facade still stands today. Efforts to restore the historical tomb have begun. “This shining example built according to the Seljuk architecture will be restored to its original state,” Erciş District Governor and Deputy Mayor Nuri Mehmetbeyoğlu said. "When procedures are completed, the restorations will immediately start. After the restorations, we will begin working in the surrounding area as well. The kümbet of Qara Yusuf, one of the most important rulers of the Kara Koyunlu period, will welcome local and foreign visitors once again."

Mehmetbeyoğlu lastly expressed his thanks to the Directorate of Foundations for its support in the restoration project.