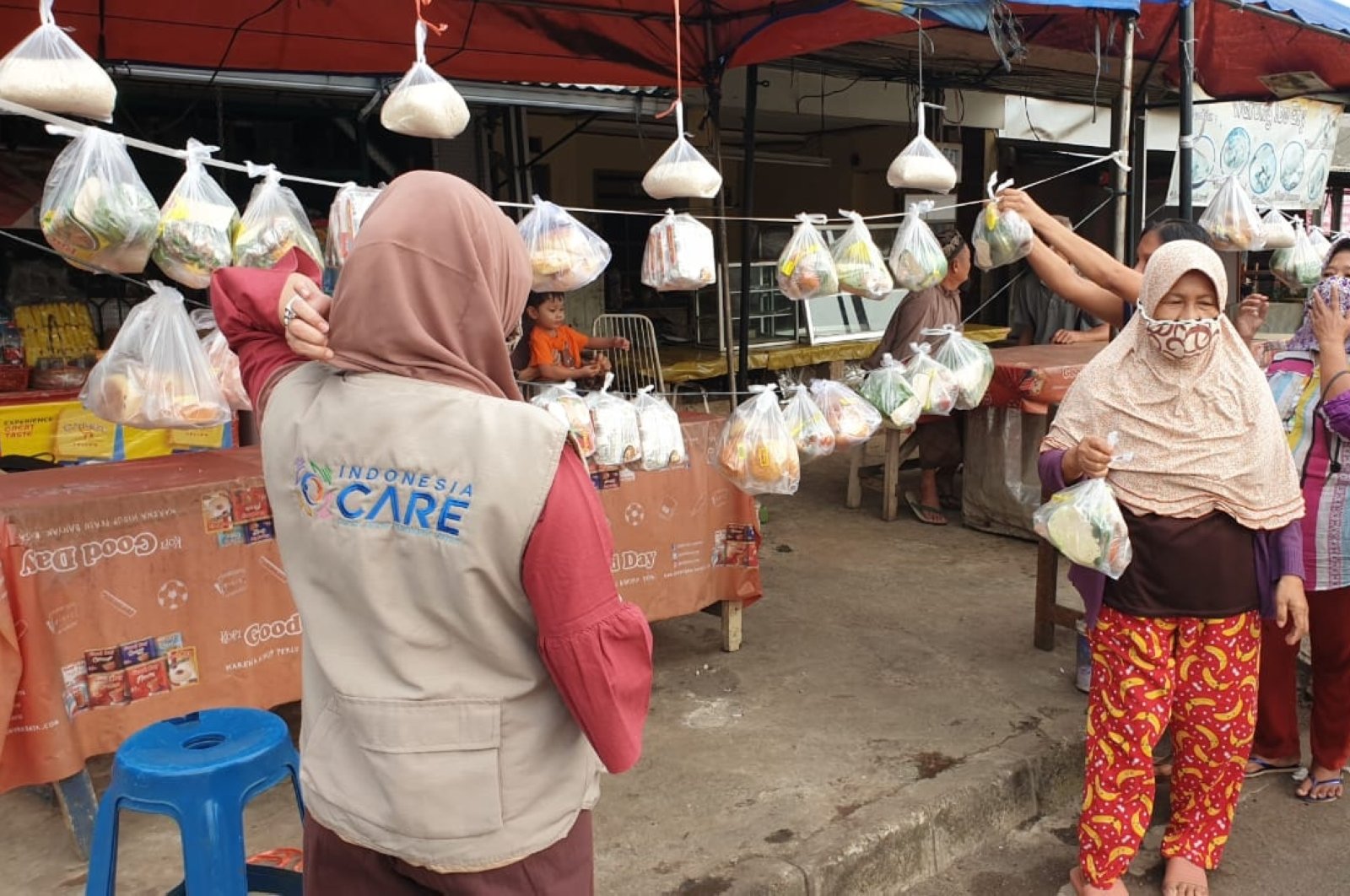 People began lining up early in the morning to get free packages of food hanging from a fence in front of a residential home in Indonesia’s South Tangerang city. They formed an orderly queue to receive vegetables, noodles, tempeh, tofu and bread wrapped in plastic bags and distributed by a nongovernmental organization (NGO). Inspired by an Ottoman tradition, the charity group Indonesia Care provided food packages to needy people affected by the lingering effects of the coronavirus pandemic under a program called "Movement of Mutual Sharing.”

Speaking to Anadolu Agency (AA), Lukman Aziz, the executive director of Indonesia Care, said they were inspired by "askıda ekmek" or "bread on a hanger," which became a custom during Ottoman times. Traditionally, people would go to a bakery and pay for two loaves of bread but only take one. While paying for the bread, they would tell the shopkeeper that one of them is "askıda ekmek." Their contribution would be bagged and hung along with others so the needy could take a loaf for free.

"This Ottoman tradition is an inspiration that gives a spirit for us to care for one another," Aziz said. Similarly, Indonesian donors pay for two packages of groceries containing various kinds of vegetables and side dishes but take only one, while the other gets distributed to the needy.

Aziz said he learned about the custom through a video clip broadcast by a Turkish TV channel that had gone viral in Indonesia during the pandemic. "By paying for two and giving one, we want to involve Indonesians in being part of solutions to economic difficulties," he said.

Since quarantines and large-scale social restrictions were reimposed in Jakarta in mid-September, economic activity and movement have been restricted. This particularly affects poor families, including day-laborers, the director added. "We initiated the 'Mutual Sharing Movement' to give what we have to the poor because they have rights in our sustenance," Aziz said.

Aziz said many people enthusiastically joined the program, which provides two ways of making donations: by wiring money for the food packages prepared by the organizer or directly hanging their own contributions.

The program has been running for 12 weeks in several cities in Jakarta, Central Java, West Java and Banten provinces. Aziz said 50 to 100 packages have been distributed at each location so far, with nearly 1,000 beneficiaries. The group hopes to further increase the aid and expand its reach.

"The donors are very enthusiastic to share with each other. They donate from 10,000 Indonesian rupiahs ($0.67) to more than 1 million Indonesian rupiahs. That doesn’t include those who directly come to the location to hang their own packages," he said.

People who come to take or hang the food packages are required to wear masks to comply with COVID-19 health protocols, Aziz added.