İznik Museum to reopen after 8 years of restoration work 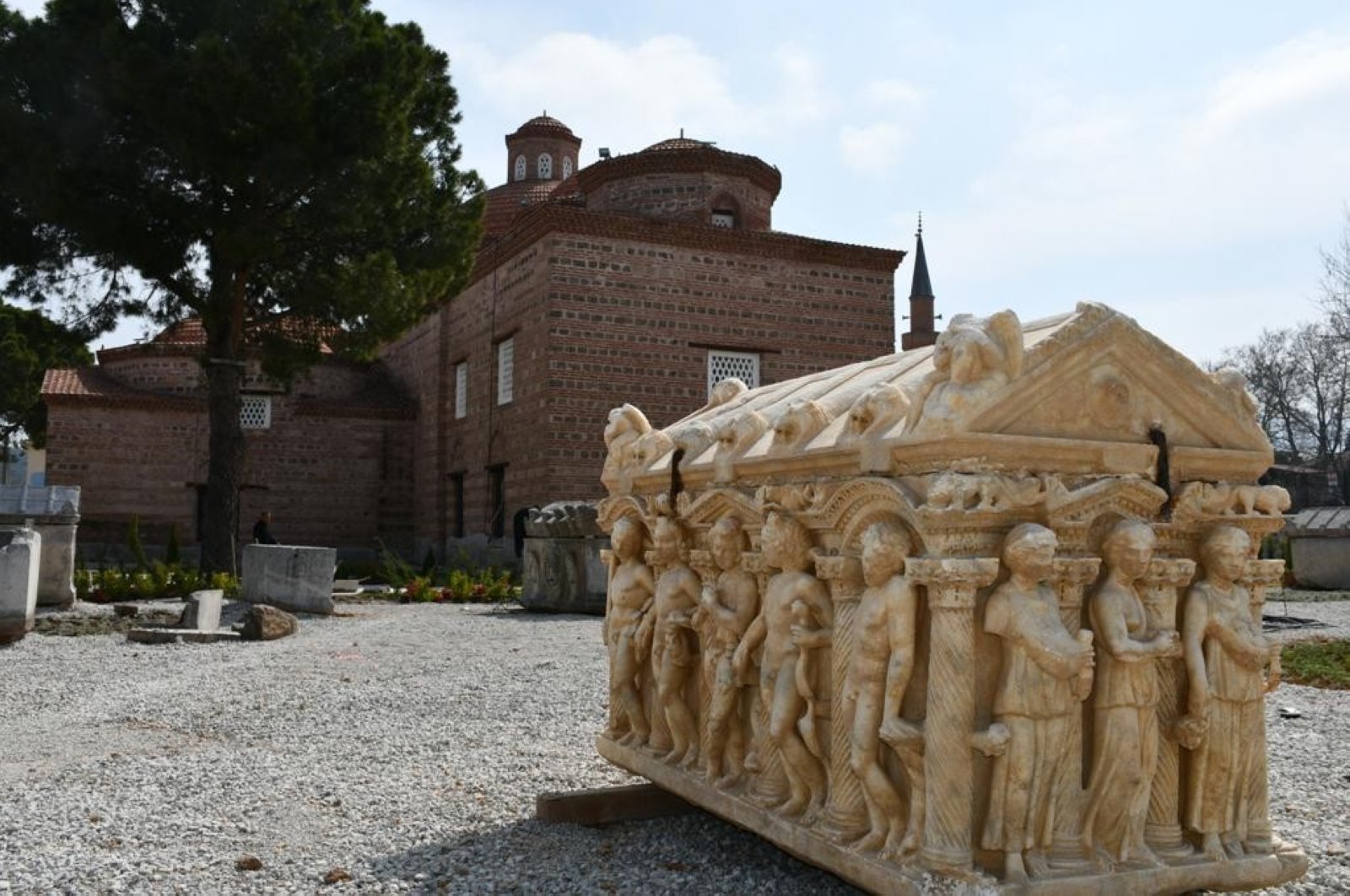 Artifacts like this sarcophagus are on display in the garden of the museum. (İHA Photo)
by Ihlas News Agency Mar 30, 2020 1:08 pm
RECOMMENDED

Located in western Turkey's Bursa province, İznik Museum has been closed for eight years due to restoration work but is now set to reopen with a new name, the Turkish Islamic Works Museum, and sign after the coronavirus outbreak ends.

Bursa Metropolitan Municipality Tourism Commission head Halil Çakır and İznik Mayor Kağan Mehmet Usta examined the restoration work on the ground, saying: “As a result of consultation with the Minister of Culture and Tourism and the General Director of Cultural Assets and Museums, the restoration work started in our museum. Our Museum of Islamic Arts will be inaugurated during the month of Ramadan. Construction of our new archaeological museum will begin soon.”

Deputy Zafer Işık also said no date has been set for the inauguration yet, noting that restoration work at the museum will be completed in the coming months. Indicating that it has been forbidden to enter museums and other places of this kind as part of the measures taken due to the coronavirus outbreak that has overwhelmed the world, Işık stated: “We cannot set a schedule for the inauguration right now. After the end of the virus threat in our country, the museum will open to visitors.”

The imaret (the public soup kitchens built throughout the Ottoman Empire from the 14th to the 19th centuries), which was built by Sultan Murad I during the Ottoman period in the name of his mother Nilüfer Hatun in 1388, serves as İznik Museum today. The structure, which was used as a warehouse for various needs during the Republican period, opened for visitors as a museum in 1960. The imaret is one of the most beautiful examples of 14th-century Ottoman architecture. In the garden of İznik Museum, archaeological remains and artifacts unearthed from İznik and its surroundings, including sarcophaguses, stelas, reliefs, food jars and Islamic tombstones dating back to the Roman, Byzantine and Ottoman period, are on display.

The museum also features unearthed findings from the Ilıpınar Mound near the Orhangazi district where the foundations of Bursa were laid, as well as artifacts, jewelry and coins from the prehistorical, Hellenistic, Roman and Byzantine eras.

At the side sections of the museum, ceramic materials from the 11th to 14th centuries and the examples of İznik’s tiles from the 15th century to 17th centuries are showcased. Various artifacts unearthed during regular archaeological excavations in and around İznik are displayed here.