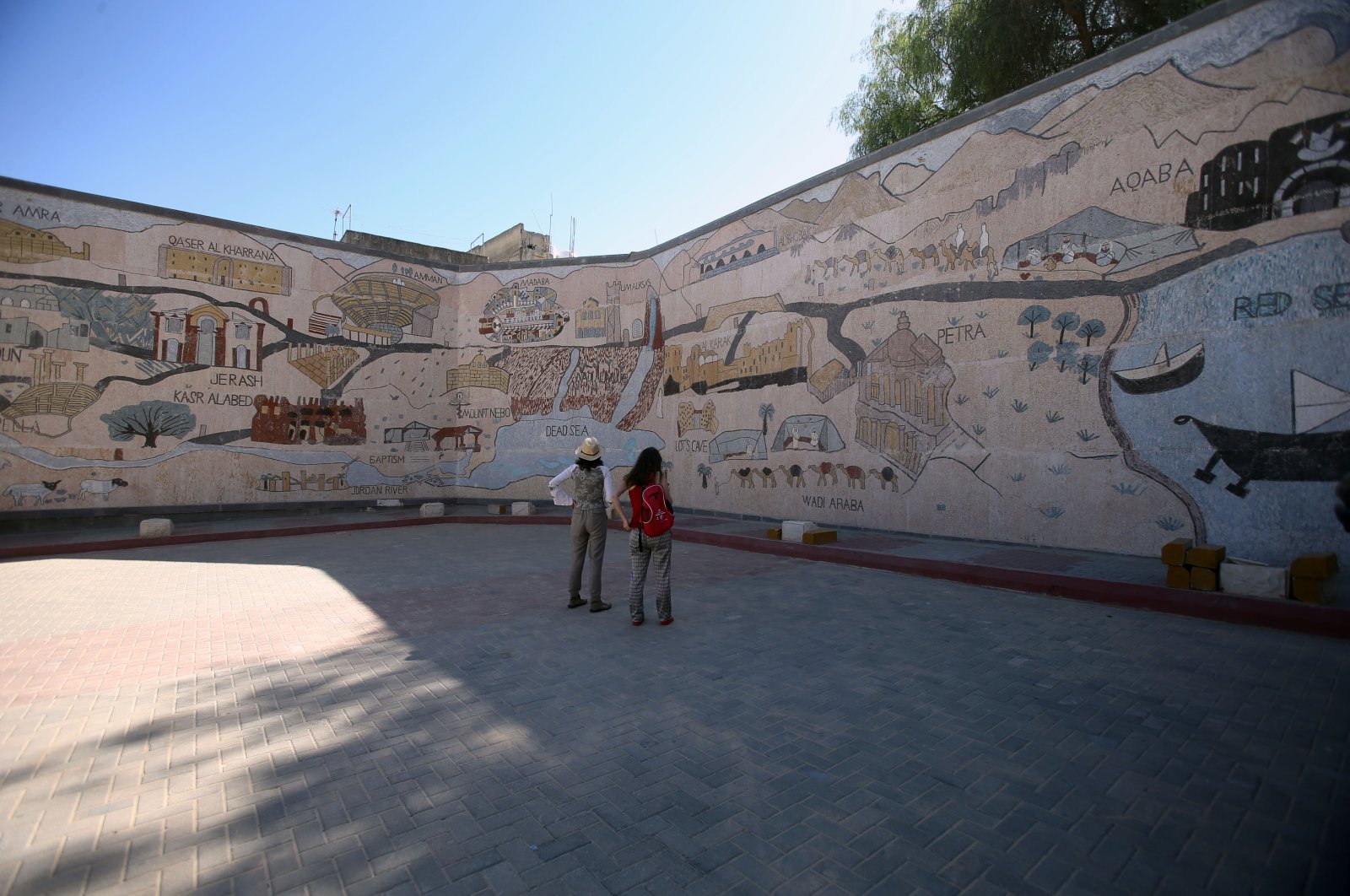 An enormous mosaic artwork called the “King's Highway” that adorns a large wall in the city of Madaba, located to the southwest of Jordan's capital Amman, is poised to be included in the Guinness Book of World Records.

The city of Madaba was founded in the 13th century B.C. on the ancient trade route called “King's Highway,” connecting Africa with Mesopotamia as it ran from Egypt across the Sinai Peninsula to Aqaba, then to Damascus and the Euphrates River. This ancient city has been famous for centuries for its historical mosaics.

The city, where a large Byzantine-era mosaic map of the Holy Lands and ancient Palestine – the oldest of its kind – adorns the Greek Orthodox Church of St. George, has also recently become one of the most important locations where the art of mosaics is taught.

Samer al-Twal, a Madaba resident, who was inspired by the city's historical geography and past, launched the project eight years ago with hopes of making the city even more attractive. Al-Twal wanted to reflect the entire history of Jordan with one massive mosaic, and started working.

Al-Twal, who is also the president of Madaba Tourism Development and Heritage Preservation Foundation, which was established in 2006 under the Ministry of Tourism, revealed the story of the mosaic created with basalt, marble and granite stones.

“As the president of the foundation, I came up with the idea of ​​creating the world's largest mosaic panel in 2013. We aim for Madaba to enter the Guinness Book of Records with this work as a city of mosaics and tourism,” he told Anadolu Agency (AA).

Al-Twal said that they first began working on the King's Highway, the oldest trade route of Jordan.

“This route is mentioned in the Torah and on the obelisk of King Misha,” he said and added, “We drew the most important tourist attractions of Jordan on this mosaic structure. One of the most important of these is the ancient route that was rebuilt during the reign of Roman Emperor Trajan.”

Al-Twal noted that two months after starting the project they thought they would not be able to complete it due to financial difficulties. Then, 120 visitors, most particularly Queen Rania Al Abdullah of Jordan, supported the project.

He stated that the names of the supporters were added to the mosaic.

It has become a center of attraction in the city, visited by numerous people.

Alia Maasarwe, an official from the Ministry of Tourism and Antiquities, said that the construction of the mosaic, which has been placed in the Madaba Visitors Center, has been supported by the ministry due to the cultural heritage and historical importance of Madaba.

Maasarwe noted that the mosaic was one of the first destinations for visitors in the city.

Madaba, which stands out with its historical and cultural assets, holds important potential in terms of tourism. The city is home to many sacred historical sites for Muslims and Christians.