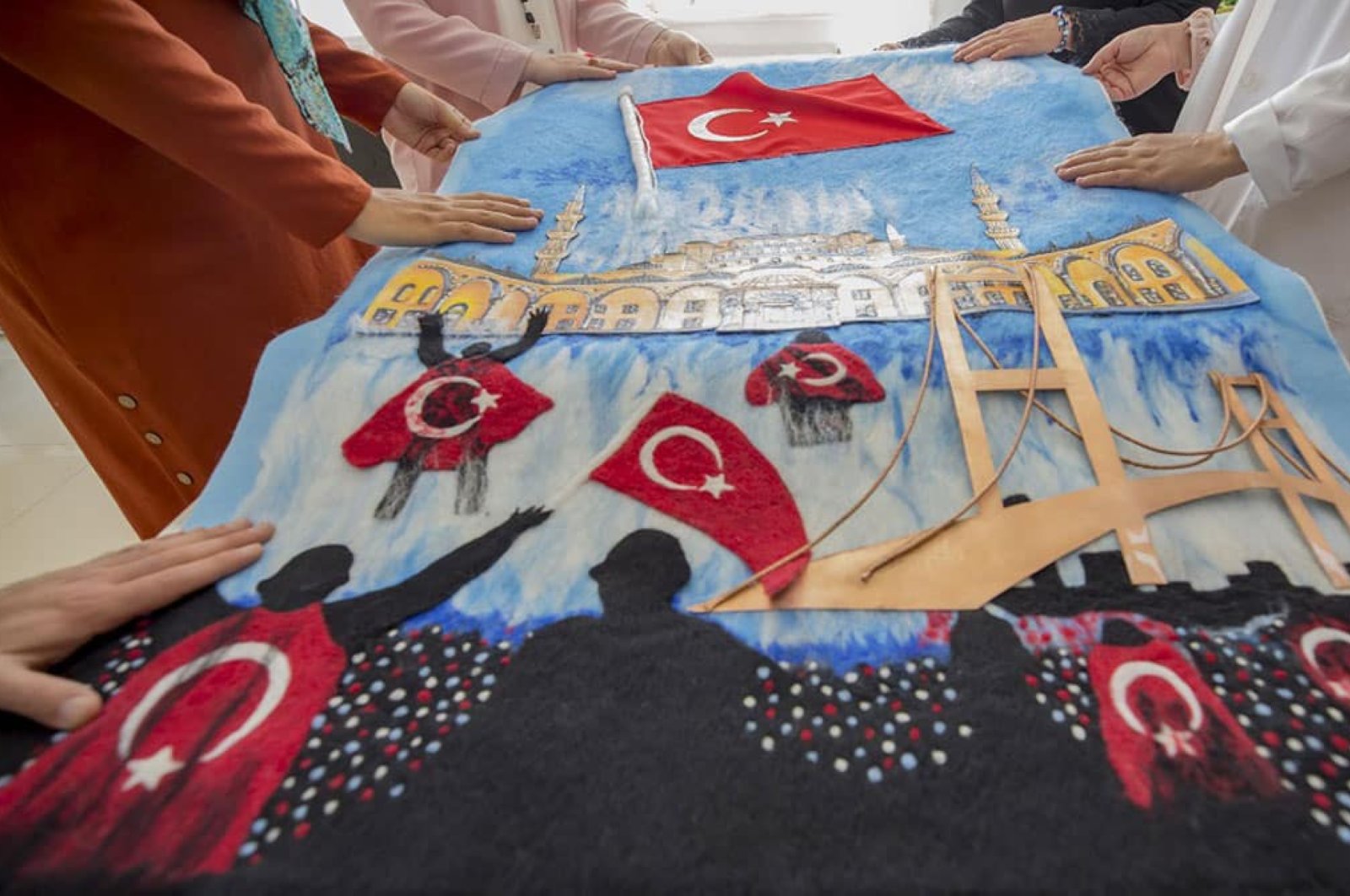 The handiwork made with various techniques including embroidery is seen in this photo provided on July 3, 2020. (AA Photo)
by Anadolu Agency Jul 14, 2020 10:43 am
Edited By Irem Yaşar
RECOMMENDED

The heroism of the thousands who took to the streets, some at the cost of their lives, in order to prevent the coup attempted by the Gülenist Terror Group (FETÖ) on July 15, 2016, has been depicted in various works of embroidery in southeastern Turkey's Diyarbakır.

About 40 qualified instructors, mostly women, at Diyarbakır’s Advanced Technical School for Girls, have striven to immortalize the struggle of Turkish citizens to protect their sovereignty and defeat the coup attempt as part of a project covering a painstaking 15 days of work using embroidery and felt-painting techniques traditional to the nearby province of Kahramanmaraş, encompassing coppery and leather-making techniques as part of five different workshops. The pieces were completed as part of a complementary series of works replete with designs of the 15 July Martyrs Bridge, the Blue Mosque and the Turkish flag, as well as depictions of those fighting in the streets, flag in hand.

Works produced by the group will be exhibited in both Ankara and the southeastern province of Diyarbakır.

The school's director, Ayşe Adıgüzel, told Anadolu Agency (AA) that the project was first hatched by the General Directorate of Lifelong Learning, who asked those taking advantage of its various study groups to brainstorm ideas to celebrate “a sense of national unity and solidarity.”

Stating that their efforts had imbibed the spirit of unity of July 15, Adıgüzel said all those who took part felt a sense of satisfaction with what they had produced.

Adıgüzel added: “I hope we will never again see nights darkened by coups attempts. When I look at these works, I see the transition from darkness to light. Our moral values, our flag, our faith and the bridge of our hearts have been embroidered together. We worked on each piece as a joint work – one to be displayed in Ankara and the other in Diyarbakır. We couldn't hold back our excitement about having works displayed in Diyarbakır.”