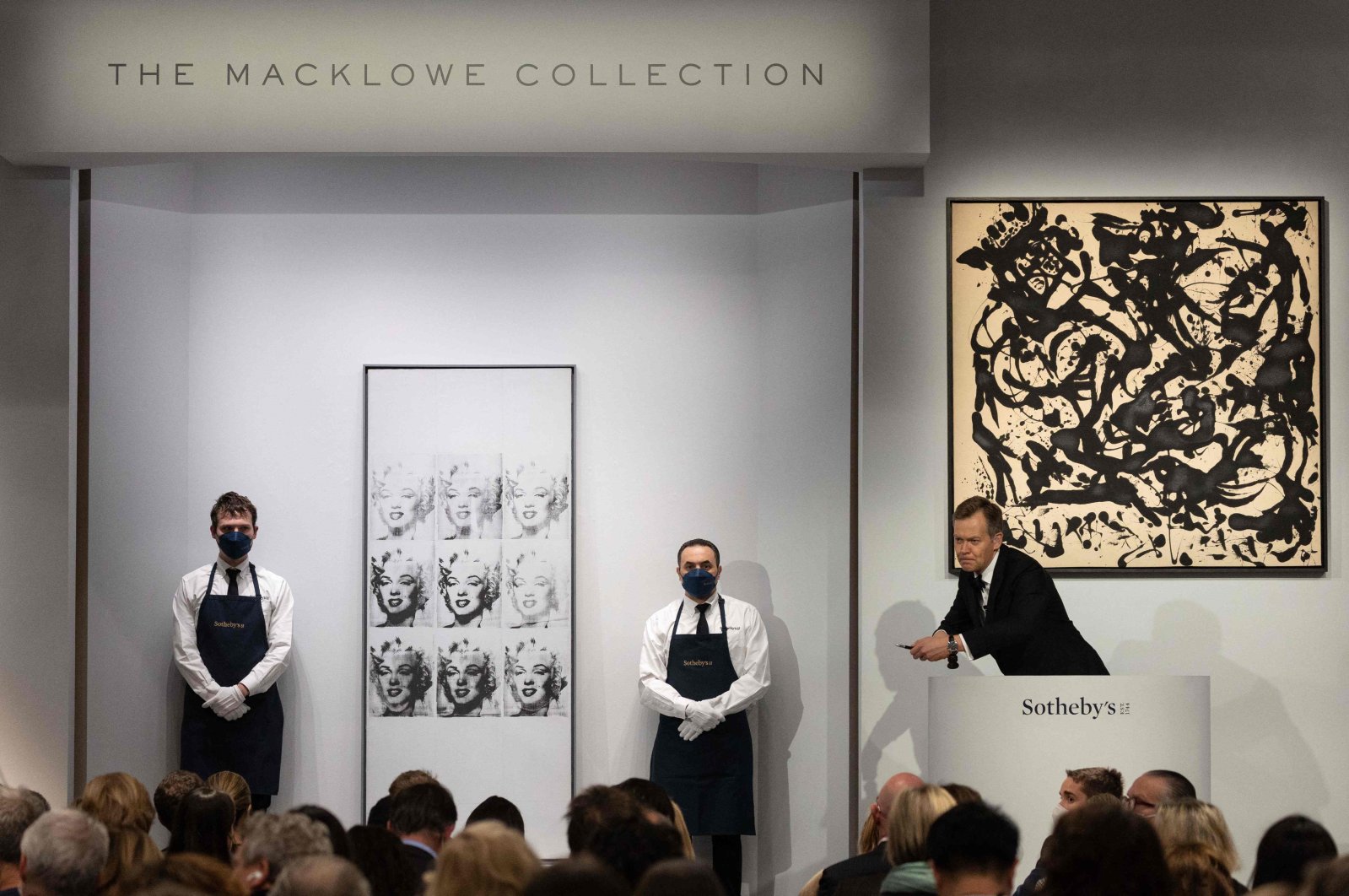 Divorce can be ruinous – you might even have to sell your art collection worth hundreds of millions of dollars. Such has been the case as New York real estate developer Harry Macklowe and his ex-wife Linda Burg divorced, meaning that their art collection had to go under the hammer. The first part of the collection – put on sale at an auction at Sotheby's Monday night – fetched an impressive $676 million.

In just two hours, the auction in New York saw a parade of 35 modern and contemporary works by artists such as Warhol, Rothko, Koons, Picasso and Giacometti go under the hammer.

The $676 million total was the highest single evening sale for Sotheby's, and with the second part of the collection to be sold in spring 2022, the total could surpass the record set by the Rockefeller collection sold in 2018 at Christie's for $835 million.

Between 200 and 300 people were allowed to attend the sale at Sotheby's headquarters, after several virtual seasons owing to the COVID-19 pandemic.

Two lots were tipped to be the most expensive items of the evening, but in the end it was a painting by American expressionist Mark Rothko (1903-1970), titled "No. 7," which won with a sales price of $82.4 million, fees and commissions included, the second highest price for one of his works.

Both works were purchased remotely by Asian collectors, Sotheby's said.

In a sign of the buyers' appetite, a total of four works sold for more than $50 million.

An example of Jackson Pollock's black paintings, titled "Number 17, 1951," sold for $61.1 million, a new auction record for the American artist who died in 1956, while a massive work by abstract painter Cy Twombly went for $58.8 million.

"This is a wonderful market tribute to a collection built on ruthless taste," said art expert and consultant Erica Samuels.

The sale of two paintings by the pop-art master Andy Warhol was also highly anticipated: his famous "Nine Marilyns" (1962), a series of faces of the movie star Marilyn Monroe in black and white, was sold for $47.3 million, while a "Sixteen Jackies," depicting Jackie Kennedy, found a buyer for $33.8 million.

The sale was the result of the 2018 divorce of real estate developer Macklowe and his wife Burg, honorary administrator of the Met Museum, a wealthy couple who amassed an impressive collection of art for their residences in New York and the Hamptons.

After their highly publicized and stormy separation, a judge ordered the sale of the 65-piece collection after the former couple failed to agree on their value, with the remaining 30 works to be sold later.

Auction houses Sotheby's and Christie's have shown optimism over this fall auction season, ensuring they have sufficient works to keep up with demand, which has remained high despite the pandemic.

Last week, Christie's sold all the lots for sale from the collection of Texas businessman Ed Cox, who died in 2020, including works by the greatest of the Impressionists such as a painting by Gustave Caillebotte, which sold for $53 million, a record for the French painter.