Madrassa where Mehmed the Conqueror was educated to become museum 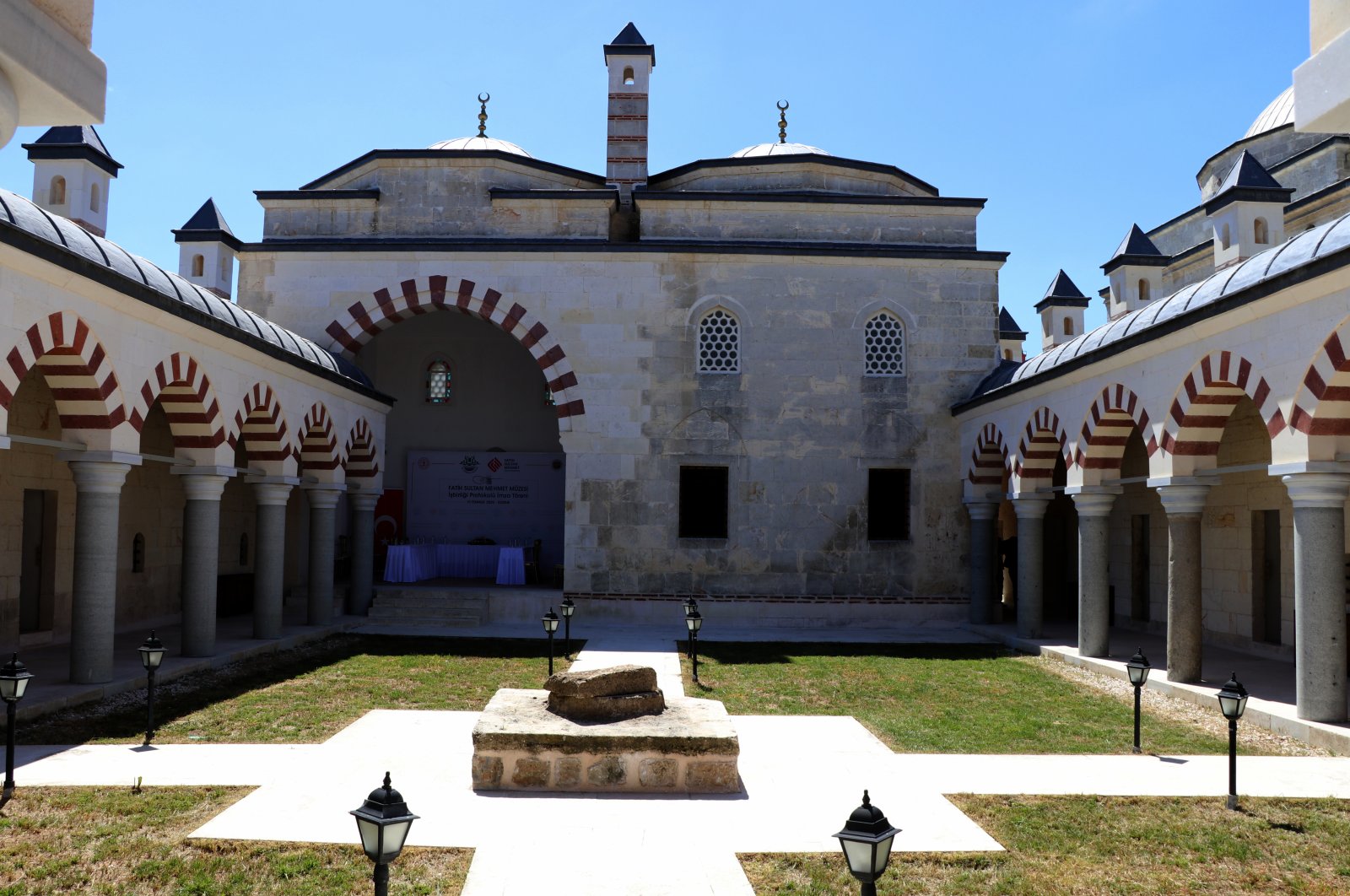 Edirne Governor Ekrem Canalp, speaking at the signing ceremony of the cooperation protocol, held in the madrassa, said the step would help realize the potential of Edirne. Canalp stated that they dreamed of building a museum dedicated to Mehmed II in Edirne, adding: “The fact that we have been establishing this museum in cooperation with the university which partakes in the foundation that the sultan founded in Istanbul means reviving the historical link between Edirne and Istanbul.”

The governor noted that all units of Fatih Sultan Mehmet Foundation University support the work on the museum, continuing: “We will complete the technical work very soon. After that, we will immediately open the Museum of Mehmed the Conqueror, in Edirne next year. Sultan Mehmed the Conqueror is a very important figure and one of the greatest rulers in Turkish history. He was a man with a much deeper vision apart from his statesmanship. He was also a poet with a diwan, which is a collection of poems by one author in Islamic cultures. He also had knowledge of engineering. He sketched the Dardanelles Gun or Great Turkish Bombard cast by iron founder Urban, who was from Hungary before working for the Ottoman army, and the castles built along the Bosporus.”

Underlining that Mehmed the Conqueror could speak more than four foreign languages in addition to his mother tongue and had a vision broad enough to read historical documents from original texts, the governor said: “Mehmed the Conqueror was also a commander. As he was a person with such a wide perspective, the museum we will build will reveal both the depth and the broad vision of him. In this context, the academic support we will receive from Fatih Sultan Mehmet Foundation University will have a great impact on the quality of our work.”

Professor Fatih Andı from the university noted that great societies raise great people. “These great people contribute to the formation of their own current time and later generations of their own society, even the future generations of the whole humanity," Andı said. "They are role models for posterity. Sultan Mehmed the Conqueror is one of the great personalities of history whose influence has reached today.”

Andı stated that they consider the museum to be the most gratifying development which has produced the best result among the studies that the faculties of letters and architecture of the university and the Sultan Mehmed the Conqueror Era Period Application Research Center have carried out on behalf of Mehmed the Conqueror. He further noted that the museum will take Edirne, a city of history and tourism, one step further in becoming a center of attraction.

Following speeches, Canalp and Andı signed the cooperation protocol. Andı presented a miniature of the Dardanelles Gun to Canalp, while Canalp gave Andı a painting of the figure of Selimiye Mosque decorated with Edirnekari art, which is a 600-year-old ornamental artwork created by artisans from Edirne in the second part of the 15th century and is usually referred as the Turkish rococo.

The dean of the Faculty of Letters at Fatih Sultan Mehmet Foundation University, professor Zekeriya Kurşun, who contributed to the founding of the museum, explained that the museum will be a guide for the future generations.

Pointing out that the museum will be created with a comprehensive study, Kurşun said: “Previously, there was no museum in Turkey named after a sultan. We had thematic museums like the Conquest Museum in Istanbul, but no museum bears the name of a sultan directly. There are some things on their behalf in the cities where the sultans lived as şehzades (the title for the sons of the sultan before ascending the throne). But ours will be an important museum because it is the first museum bearing the name of a sultan directly.”