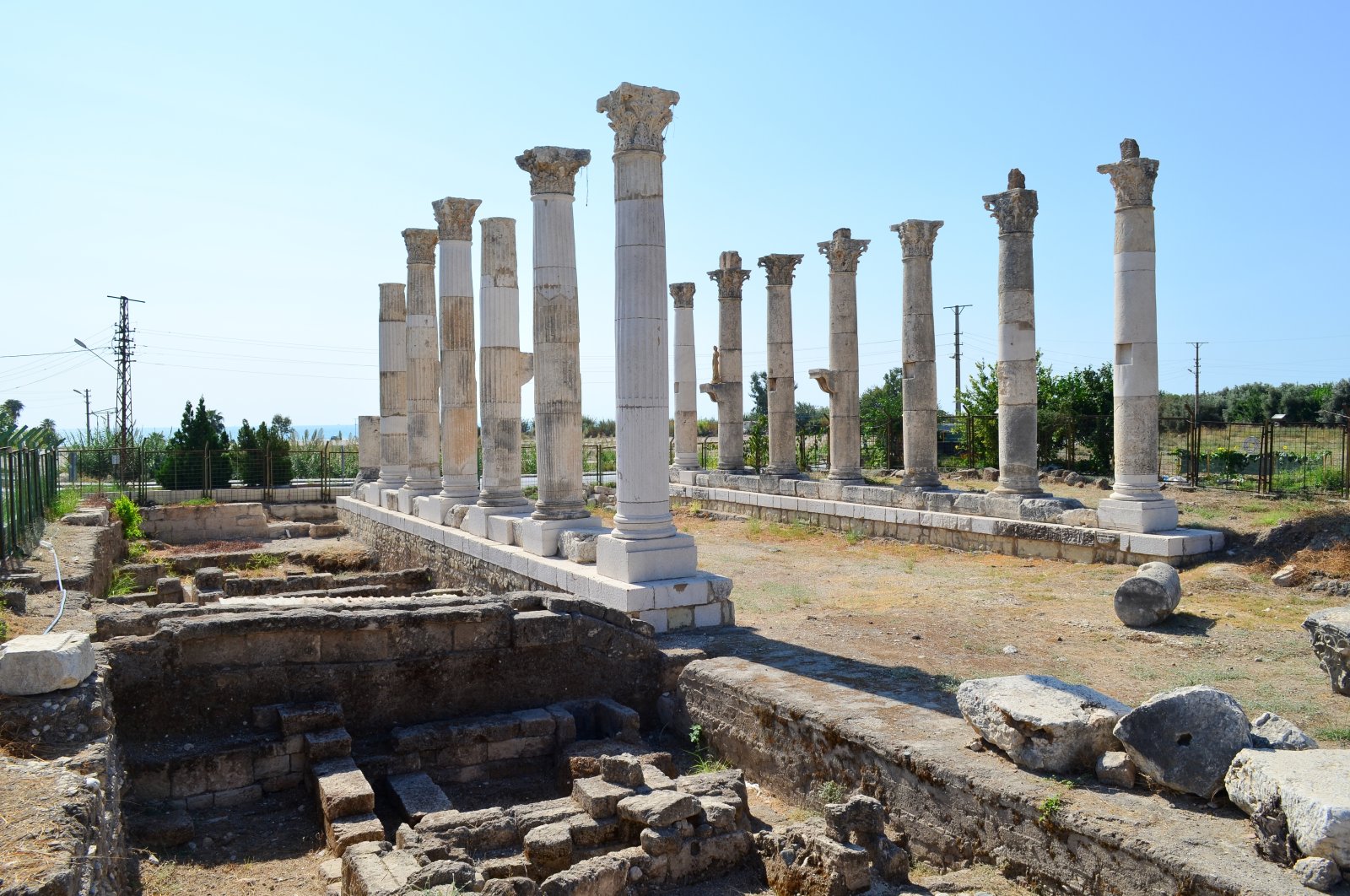 Ongoing excavations in the ancient city of Soli Pompeipolis in the Mezitli district of southern Mersin province revealed the outlines of the memorial tomb of the famous Greek astronomer and poet Aratus.

Excavations on the tomb of Aratus are continuing under the direction of professor Remzi Yağcı, head of the Department of museology at Dokuz Eylül University.

Over the course of the excavations carried out on the land, which was purchased by the Mezitli municipality and transferred to the Culture and Tourism Ministry, outlines of the tomb of Aratus were gradually brought to light thanks to the efforts of the excavation team.

Yağcı said in a statement to Anadolu Agency (AA) that the excavation work, which began on July 20 this year, had been ongoing for 75 days. Indicating that two rows of hexagonal structures and arches around the memorial tomb had been unearthed, he explained: “This place looks like a crater and has a circular plot worthy of an astronomer. We have also come across a solid and large monumental structure. ”

Emphasizing that the memorial tomb of Aratus was of great archaeological and touristic importance, Yağcı said: “For the first time, a memorial tomb has been unearthed linked to the archaeology of the ancient city of Soli Pompeiopolis. Aside from more familiar structures, such as the colonnaded streets, the ancient port, the theater and the bathhouse, something very unique has been found. This find brings dynamism to the ancient city and can influence tourism in the region – for both those interested in cultural heritage and general visitors to the region."

The professor added that Aratus was greatly famed across the Hellenistic and Roman periods and his works are still studied to this day.

NASA has even named a crater on the moon after Aratus. "Therefore," said Yağcı: "I think that the tomb of Aratus will be included in the UNESCO World Cultural Heritage List.”