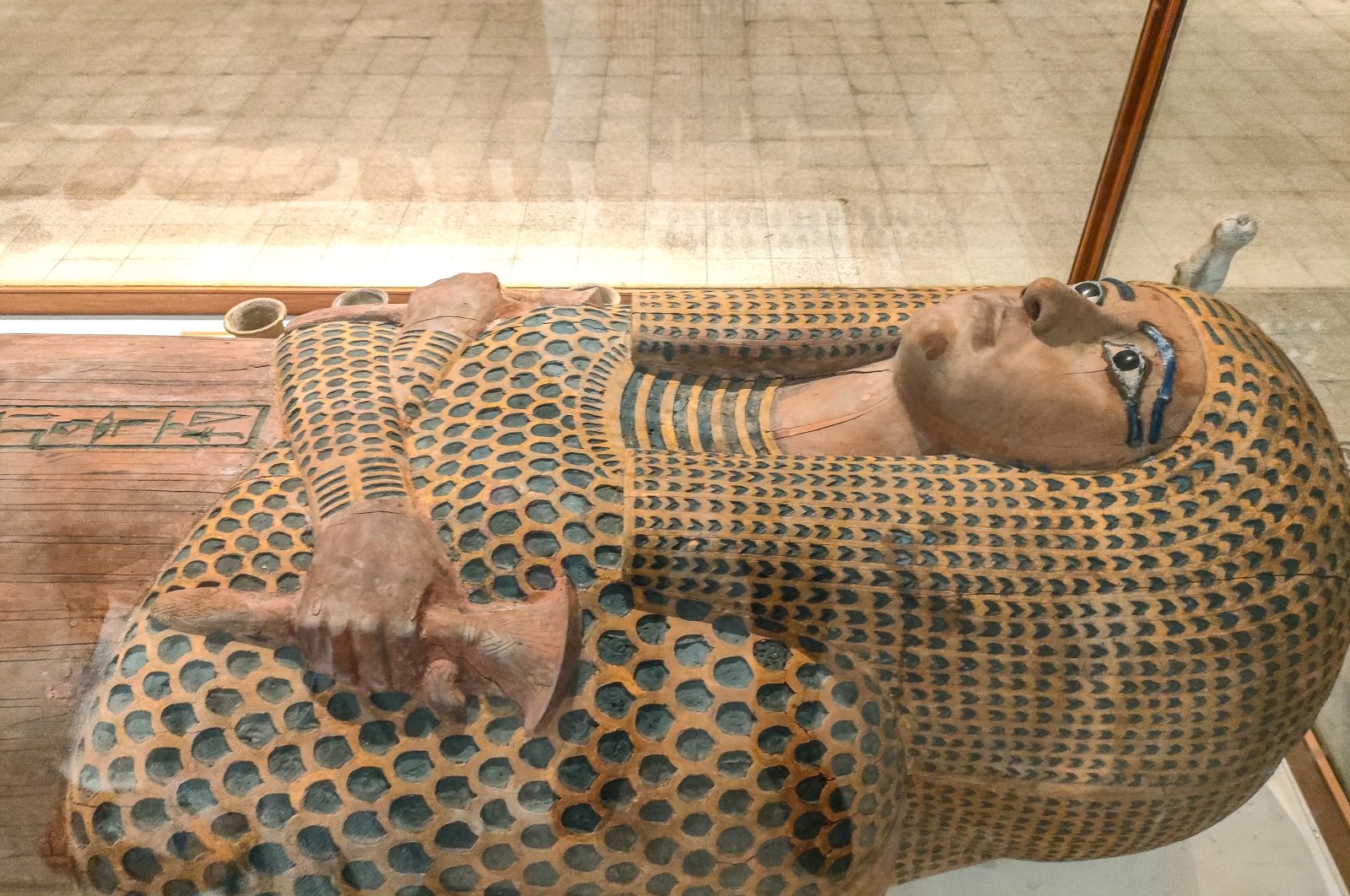 The Museum of Egyptian Antiquities, commonly known as the Egyptian Museum, has been welcoming domestic and foreign visitors for about 120 years in the capital Cairo.

According to the information on the official website of the Egyptian Ministry of Tourism, the Egyptian Museum houses historical artifacts that shed light on the Pharaonic dynasties of ancient Egypt, the Roman Empire and the ancient Greek era.

The museum, whose construction began in Cairo in 1895, was opened during the reign of Abbas II Helmy Bey, the last Khedive of Egypt. It is accepted as the Middle East's oldest museum.

The Egyptian Museum showcases about 150,000 pieces of historical artifacts reflecting Egypt's hundreds of years of history and dating back to the years B.C. and A.D.

Hundreds of artifacts dating back to the establishment, ancient state, middle kingdom and modern state periods of Egypt are presented to the visitors in the museum.

The museum, which sheds light on the history of about 7,000 years, includes historical pieces from the Roman Empire and the ancient Greek period, many sculptures and coffins. It also houses the personal belongings of pharaohs dating back to the ancient Egyptian period as well as statues of King Khufu, Khafre and Menkaure, the father, son and grandson who built the pyramids of Giza.

The biggest pyramid, the Great Pyramid of Giza or Cheops, was built as a tomb for King Khufu, who lived during the Fourth Dynasty of Egypt – between 3494 and 2623 B.C. The second-largest pyramid, Khafre or Chephren, was for King Khafre while the smallest one, the pyramid of Menkaure, was constructed for King Menkaure

There are two Greek columns at the entrance of the decades-old Egyptian Museum as well. Above the door, there is a statue of the goddess Hathor depicted as a woman with horns while two statues of the goddess Isis donning ancient Greek dress are located on the upper right and left of the door.

On the right and left sides of the upper part of the entrance door of the museum, the years that the construction of the museum started and finished are inscribed, 1897 and 1901. In addition, the letters "A" and "H" are also written as an abbreviation of the name of Abbas II Helmy Bey.