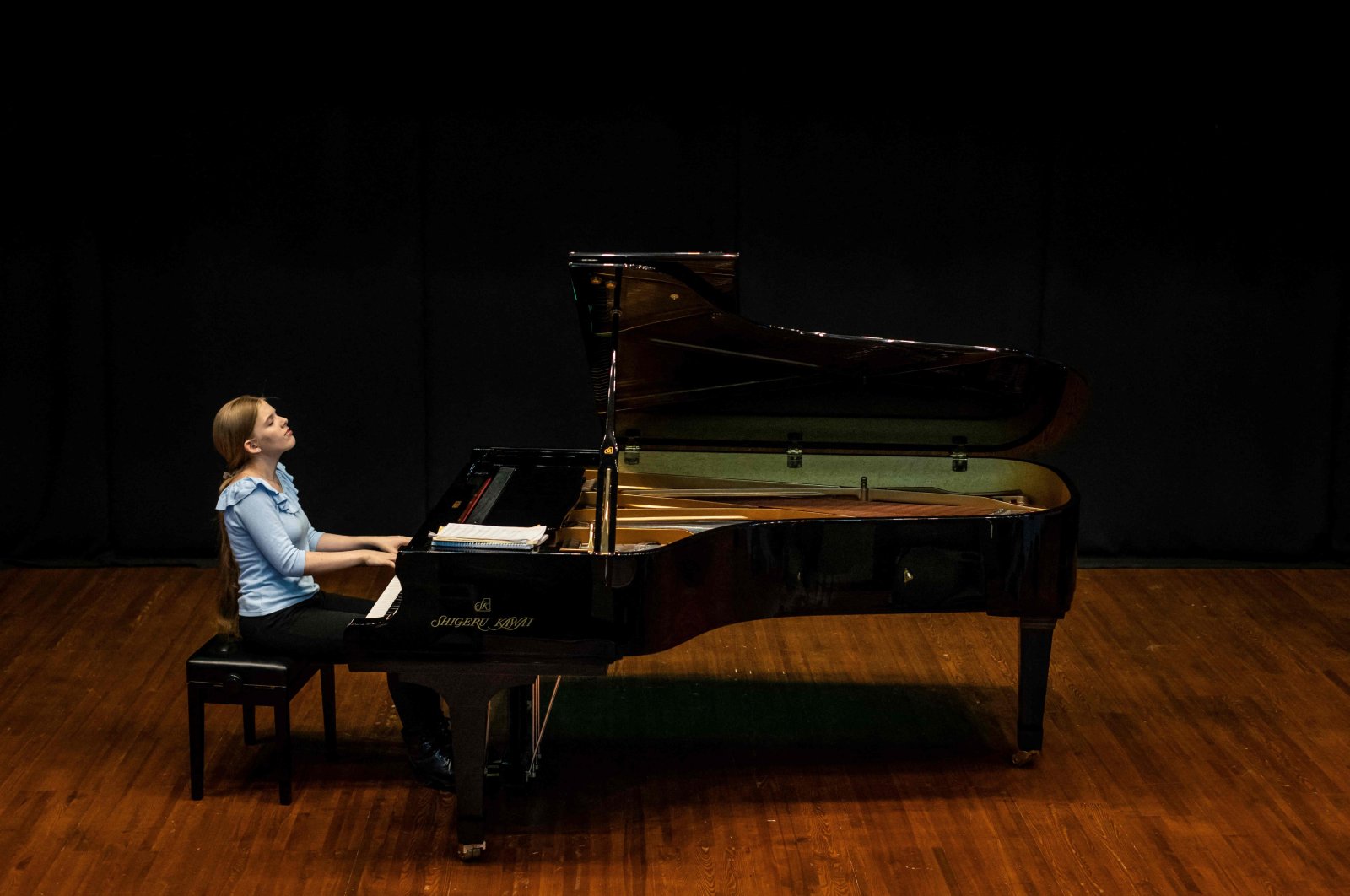 Eva Gevorgyan, 17, from Russia, one of the finalists of the 18th International Chopin Piano Competition, performs during a rehearsal at the Russian Culture Center in Warsaw, Poland, Oct. 11, 2021. (AFP Photo)
by Associated Press Oct 18, 2021 7:13 pm
RECOMMENDED

Twelve pianists from across the world are set to compete in the final stage of the 18th edition of the prestigious Frederic Chopin piano competition, which is known to launch prodigies' international careers.

In a sign of appreciation for the competitors' artistry in performing Chopin's works, the international jury admitted two more finalists than the regulations foresee.

Between Monday and Wednesday, each will perform one of Chopin's two piano concertos, with the orchestra, before the audience at the National Philharmonic in Warsaw which is traditionally packed for the concerts.

Among past winners are Martha Argerich, Garrick Ohlsson from the United States, Poland's Krystian Zimerman and Artur Blechacz and Seong-Jin Cho of South Korea.

The first edition of the competition was held in 1927. It normally takes place every five years. The current edition – in which 87 pianists took part – was postponed by a year due to the coronavirus pandemic.

Poland's best known and beloved classical music composer and pianist, Chopin was born in 1810 in Zelazowa Wola near Warsaw to a Polish mother and a French father. He left Poland at 19 to broaden his music education in Vienna and then in Paris, where he settled, composing, giving concerts and teaching piano. He died Oct. 17, 1849, in Paris and is buried at the Pere Lachaise cemetery. His heart is at the Holy Cross Church in Warsaw.

There were no auditions Sunday, when traditional observances of Chopin's death anniversary were held at the Holy Cross that included Wolfgang Amadeus Mozart's "Requiem," music that Chopin asked to be played at his funeral.

The auditions can be followed live on the Chopin Institute YouTube channel and on Polish state radio's channel.