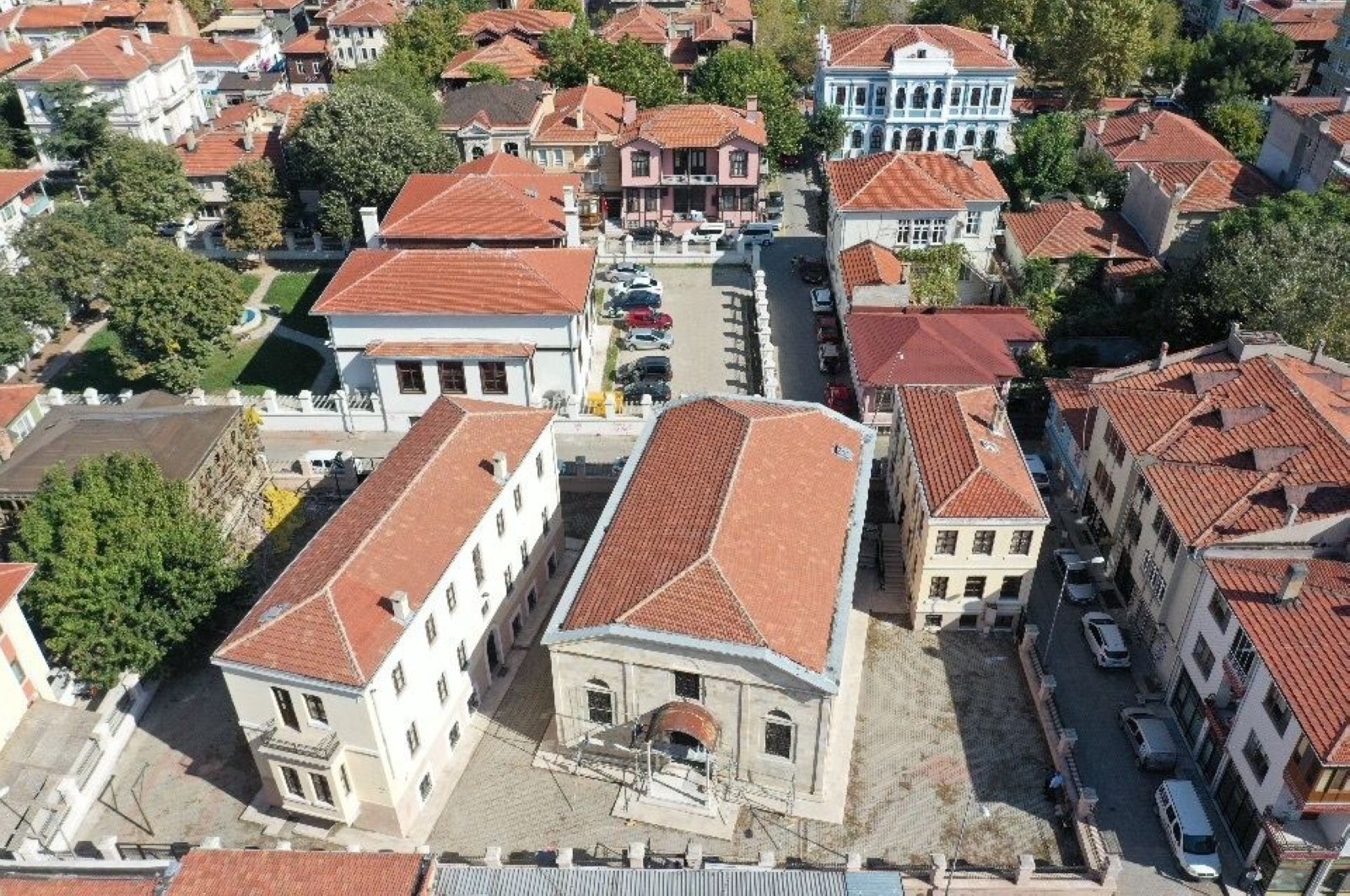 An aeriel view of the Italian Church, where the festival will be organized, Edirne, northwestern Turkey. (AA Photo)
by DAILY SABAH Oct 07, 2020 1:03 pm
RECOMMENDED

The second International Balkan Music Festival will be held on Oct. 9-12 in the northwestern province of Edirne, which has hosted many cultures and civilizations and is frequented by local and foreign tourists thanks to its deep-rooted history.

The event is organized by Thrace Foundation for Culture, Arts and Education (TRAKSEV) under the auspices of the Presidency of the Republic of Turkey and with the support of the General Directorate of Copyright of the Ministry of Culture and Tourism, Presidency for Turks Abroad and Related Communities (YTB).

The festival will be held at the city's 168-year-old Italian Church, which will be enlivened with artistic pursuits. While the concerts will be held without an audience in accordance with measures against the coronavirus outbreak this year, music fans will be able to follow the concerts live anywhere they want via the social media accounts of the International Balkan Music Festival.

A first-ever personal exhibition of paintings by Turkey’s world-famous painter Devrim Erbil will open the festival. The solo painting exhibition will be open to visitors from 10 a.m. to 4:30 p.m. each day of the event. The city will also host a concert by Göksel Baktagir, one of Turkey's most prominent composers and qanun players, on Oct. 9.

On Oct. 10, Muhammed Yıldırır, whose name took its place in the Guinness Book of Records as the world's fastest violinist, and Bilal Karaman, who comes to the fore with his unique guitar performances, will perform a concert.

On the third day of the festival, Serkan Çağrı, the founding president of TRAKSEV and one of the world's leading clarinetists, will present the Balkan Jazz Project Concert. The Trakya Ensemble, consisting of members of the Trakya University State Conservatory, will perform the closing concert of the festival on Oct. 12.