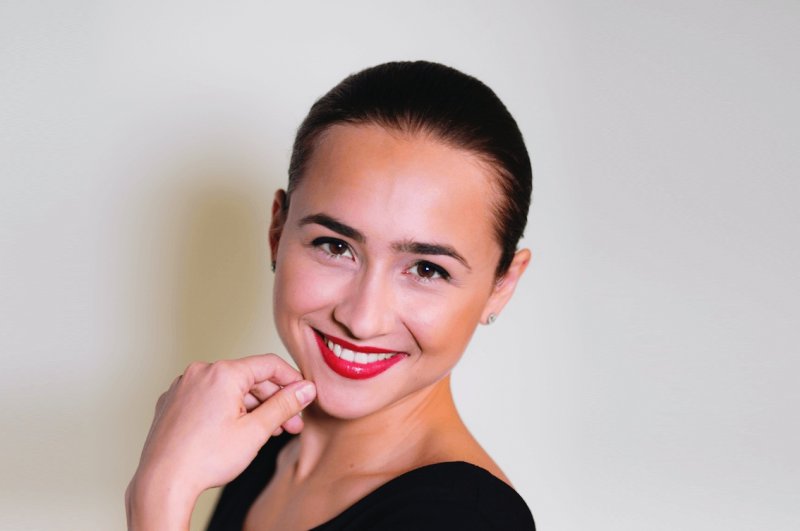 Anna Tsybuleva has performed on major stages in the world and collaborated with famous orchestras. (Courtesy of CRR Concert Hall)
by DAILY SABAH Feb 24, 2020 2:42 pm
RECOMMENDED

Anna Tsybuleva, who came to fame across the globe as winner of the “2015 Leeds International Piano Competition,” one of the most prestigious music competitions in the world, will take the stage at Cemal Reşit Rey (CRR) Concert Hall in Istanbul at 8 p.m. tomorrow. Tsybuleva, described by Gramophone Magazine as an “excellent pianist and talented musician,” will perform works by Ludvig van Beethoven and Frederic Chopin.

Born in 1990, Tsybuleva was raised in Nizhny Arkhyz, a small village of about 500 inhabitants in the Karachay-Cherkess Republic of Russia. She took her first piano lessons with her mother when she was 6, before attending the Shostakovich Music School in Volgodonsk province at the age of 9. From age 13, she continued her studies at the Moscow Central Music School and the Moscow State Tchaikovsky Conservatoire.

Tsybuleva has performed recitals on major stages in the world, including Palais des Beaux-Arts, Philharmonie Luxembourg, Tonhalle Zürich and the Wigmore Hall, as well as cooperating with the Basel Symphony, Mariinsky, Oxford Philharmonic, Royal Philharmonic, Royal Liverpool Philharmonic, Singapore Symphony, St. Petersburg Philharmonic and Tokyo Philharmonic Orchestra. International Piano Magazine said of Tsybuleva: “A pianist of rare talent. Such musical poise and ability has not been seen since Murray Perahia's victory in 1972."