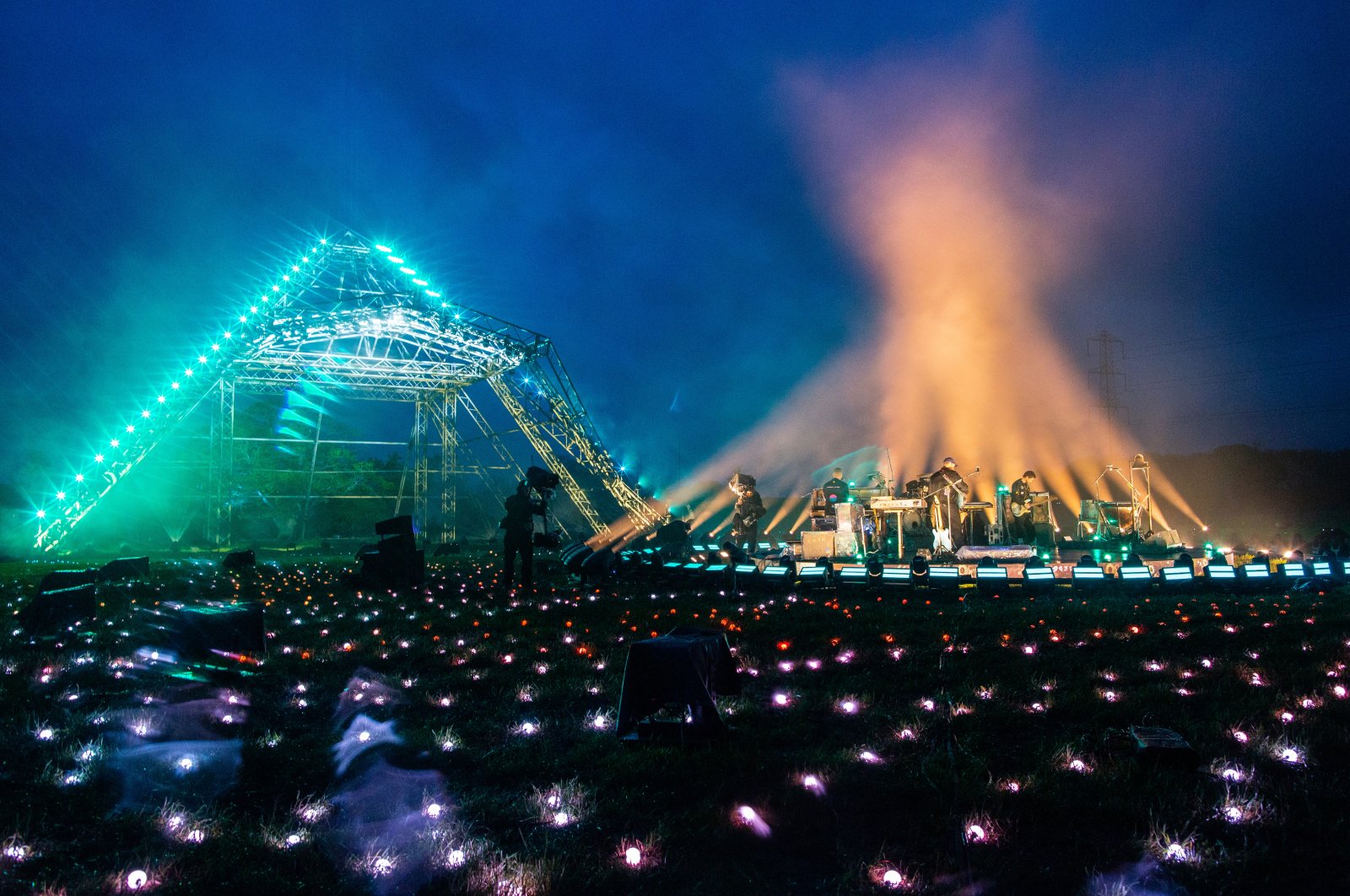 As the U.K. did not announce a lifting of COVID-19 pandemic restrictions in time for fans to attend the Glastonbury Festival, which was canceled for the second consecutive summer, it will instead go online and feature Coldplay at its famous farm site in southwest England on Saturday.

The five-hour virtual show will also include performances by Damon Albarn, Wolf Alice, Haim, Michael Kiwanuka and others from well-known stages around Glastonbury's Worthy Farm, including the Stone Circle and Pyramid field.

Organizer Emily Eavis, who announced in January that the annual event was canceled for a second year, said it would be "like the festival but without people."

"We're very excited to be able to show the farm in a way that people have never really seen it, with these incredible artists," she told BBC radio.

The event will be live-streamed and played on delay across four international time zones with tickets costing 20 British pounds ($28), with Eavis adding there will be "a number of unannounced surprise performances."

Paul Dugdale, the event's director, said he hoped to recreate the event's sense of adventure.

"The overarching vision of it was to ... just try and take people on a bit of a journey.

"Glastonbury is an adventure, and you never quite know what's around the corner and often the best parts of the festival are the parts you weren't expecting, and that's really fun," he said.

Britain is gradually opening up after its latest COVID-19 lockdown, and the timing of the Glastonbury event, when many smaller venues will be hoping to reopen, drew some criticism.

"I think what the live industry really needs right now is some collective, collaborative, joined-up thinking," Mark Davyd, founder and chief executive of the Music Venue Trust, wrote on Twitter.

The virtual Glastonbury event also clashes with the final of the Eurovision Song Contest in Rotterdam, which responded that it will be "a bit busy on that night."

Glastonbury, held on a dairy farm in Somerset, southwest England, was forced to cancel in 2020 – the year of the event's 50th anniversary – because of coronavirus restrictions after some 135,000 people had already bought tickets.

Organizers had hoped to stage the event in 2021 but reversed course after England entered its third lockdown at the start of the year following a surge in coronavirus infections, hospitalizations and deaths.