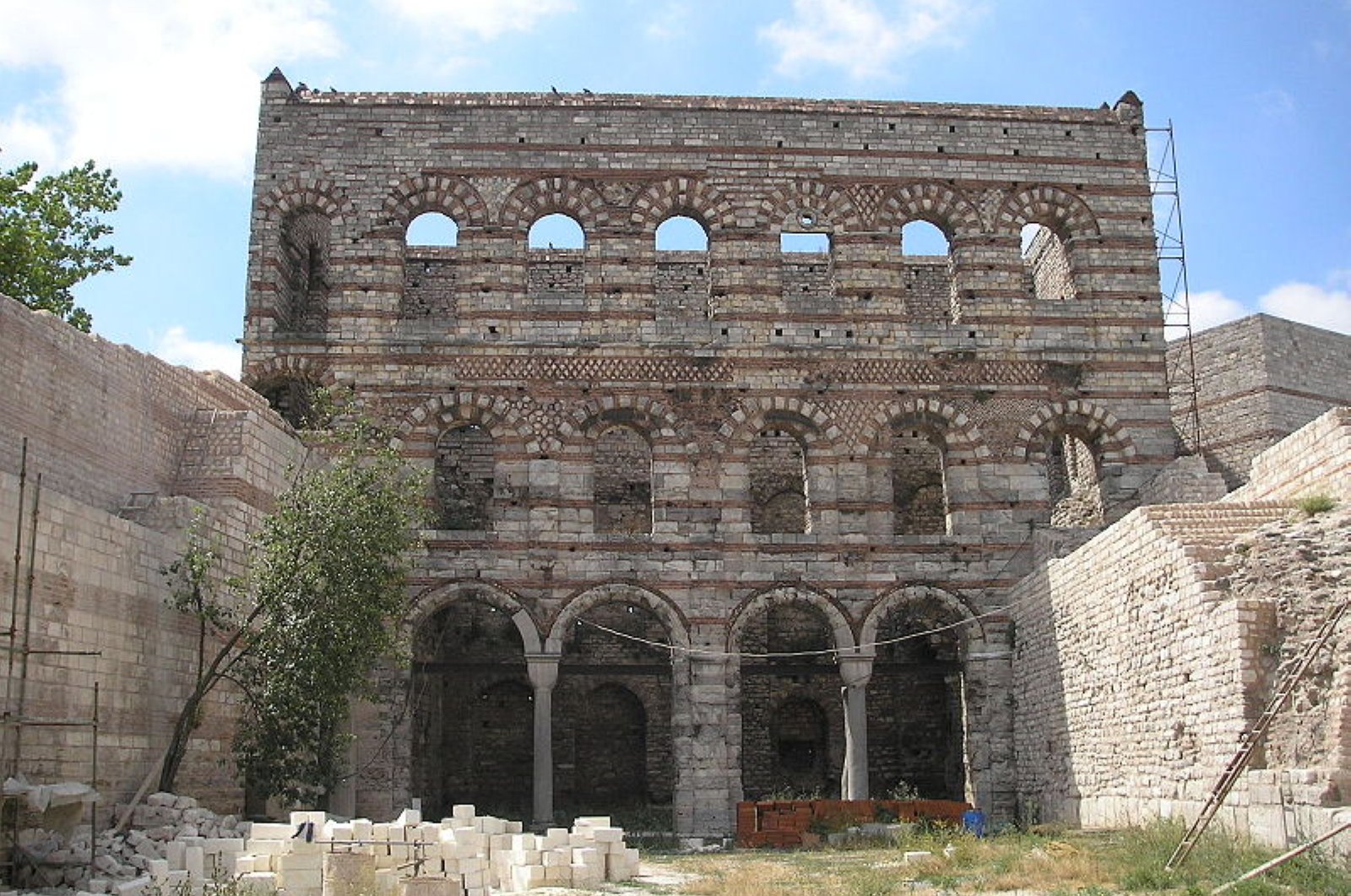 A photo of Tekfur Palace before restoration.
by Anadolu Agency Jul 10, 2020 2:32 pm
Edited By Irem Yaşar

Istanbul, Turkey's largest city, is set to host a series of classical music concerts as the country moves toward full normalization after months of restrictions due to the coronavirus pandemic.
"The new weekly concert series begins this Saturday at Tekfur Palace Museum – one of the three surviving Byzantine palaces in Istanbul," the Istanbul Metropolitan Municipality said in a statement on Twitter.
Titled "Classical Music in the Courtyard," the concert series in Tekfur Palace Museum, also known as the Palace of the Porphyrogenitus, will host Camerata Anatolia, a group of young musicians who have represented Turkey abroad as well, in the first performance on Saturday. The group, founded in 2019, will perform German composer Johannes Brahms' clarinet quintet.

In the second concert, Hakan Güngör, a world musician at the level of a virtuoso, will meet music lovers with Nail Yavuzoğlu, a teacher with a unique electric bass technique. This performance will take place on July 18.
The other performance of the series will be given by Rezonans, a Turkish choir with international recognition. The choir will perform the most beautiful works composed of love, belief and longing in the historical courtyard of Tekfur Palace on a beautiful summer evening on July 25.