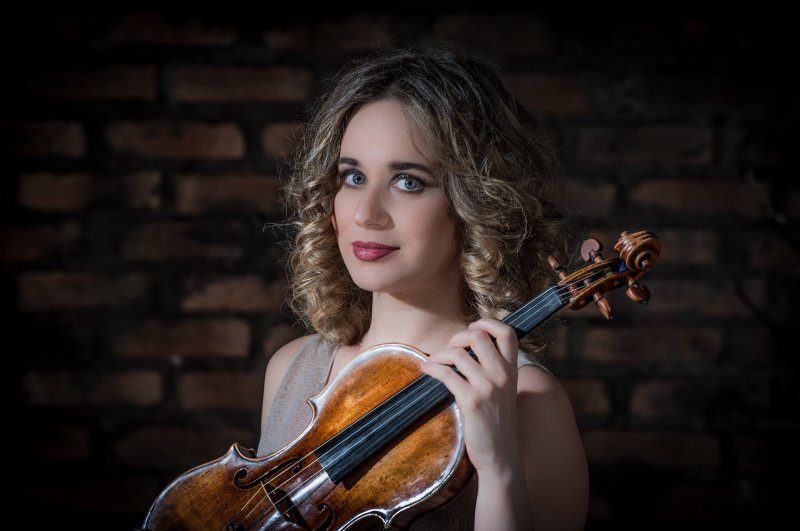 Starting to perform on stage at the age of 8, Anna Tifu has worked with many ensembles so far.
by DAILY SABAH Feb 25, 2020 11:57 am
RECOMMENDED

The concerts, conducted by Aziz Shokhakimov, was held in Bursa on Feb. 25 and Eskişehir on Feb. 26.

The next concerts will be at the CSO Concert Hall in the capital Ankara and Istanbul Lütfi Kırdar on Feb. 27, 28 respectively.

In the concerts, the Italian musician will perform Ernest Chausson’s “Poeme” and Maurice Ravel’s “Tzigane” on her Stradivarius violin made in 1716. The program will also feature Johannes Brahms’ “Symphony No. 1” and Emmanuel Chabrier's “Espaňa.”

Born in Cagliari, Italy, Anna Tifu started playing violin at the age of six, under the guidance of her father. At the age of eight, Tifu started performing in front of an audience and received the first prize in the Vittorio Veneto concerts.

In 2004, she worked with the famous Italian violinist Salvatore Accardo at Walter Stauffer Academy and Santa Cecilia Academy in Siena, receiving a certificate of honor there. Supported by a scholarship by the Mozart Ensemble in Dortmund, the young violinist was accepted to the Curtis Institute of Music in Philadelphia, where she had the opportunity to work with experienced artists like Aaron Rosand, Shmuel Ashkenzay and Pamela Frank. She then went to Paris on a scholarship from the International Academy of Music in Cagliari, where she was awarded the title Diplome Superieur de Concertiste at Ecole Normale.

Tifu won the George Enescu Competition in Bucharest in 2007. She is considered one of the most successful violinists of her generation.