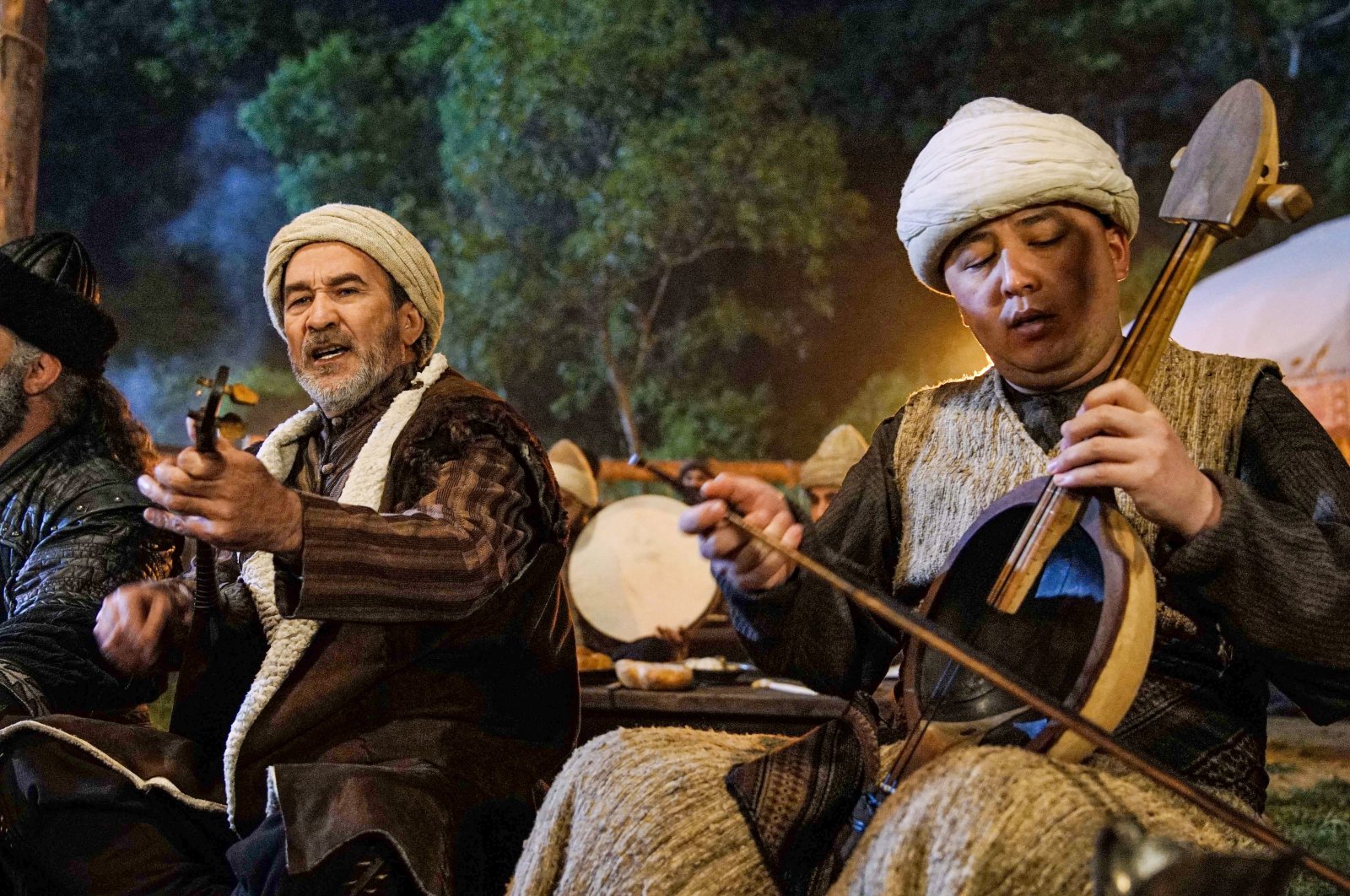 Kazakh singer Arslanbek Sultanbekov, known for his song “Dombra," has interpreted the “Osman Bey” march which was specially composed for the Turkish series “Kuruluş Osman” (The Ottoman).

Written by Ozan Bodur and produced by Bozdağ Müzik, the march was performed for the first time in the 24th episode of the series. In the series, Sultanbekovis appears as a guest actor in the wedding ceremony scene of Osman Bey and Bala Hatun. He performs as the bard of the ceremony. This performance has been presented to music lovers in over 200 digital media channels and attracted great interest.

Before "Osman Bey," Sultanbekov launched his interpretation of Yunus Emre's "Yalan Dünya" (Transitory Life). A video clip was shot by Bozdağ Film Production for this hymn, one of the major works of Yunus Emre and the outstanding track in the album. Directed by Kamil Aydın, the video clip was shot at the Atik Valide Complex, the last work of Mimar Sinan, in Istanbul's Üsküdar district.

The track consists of the string instrument horsehair qopuz, with its strings made of original horsehair, which is seen in the epics of Dede Korkut and considered to be the ancestor of the modern violin. Sultanbekov plays dombra, Yerzhan Arkabayev plays horsehair qopuz, Eyüp Hamis plays ney, Damir Yakubov plays classical guitar, Selim Boyacı plays oud and Mustafa İşleyen plays percussion.