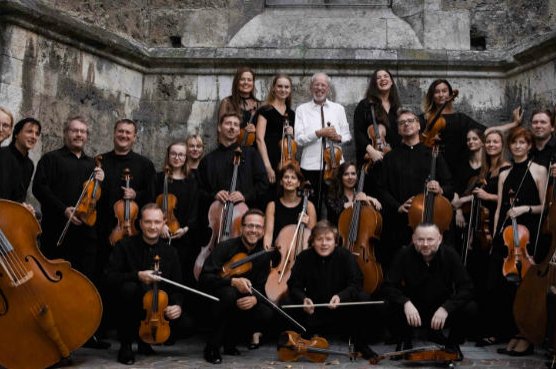 Kremerata Baltica, founded by Latvian violinist Gidon Kremer, will perform at Istanbul's Cemal Reşit Rey (CRR) Concert Hall on the evening of March 12. The orchestra, which brings together distinguished musicians from the Baltic countries, will be accompanied by French pianist Lucas Debargue, the only musician to receive the Moscow music critic award.

Since it was founded 20 years ago, the ensemble has been working with famous soloists and maestros. Among the major events of Kremerata Baltica, especially in recent years, are the "To Russia with Love" concert by the Berlin Philharmonic in 2013 to draw attention to human rights in Russia and "All About Gidon" concert, which tells the autobiography of Gidon Kremer. Kremerata Baltica and Kremer partnered up with famous Russian mime artist Slava Polunin and Fools Academy in 2013 to carry out the project “Snow Symphony” inspired by Polunin’s Snow Show.

In 2015, the ensemble performed their creative work called “Masks and Faces” together with Kremer and Russian painter and philosopher Maxim Kantor. Kremerata's last project was “Pictures from the East” with Syrian artist Nizar Ali Badr addressing the problems and the refugee issue in the Middle East.

French pianist Lucas Debargue was discovered after his legendary performances at the 15th International Tchaikovsky Competition in Moscow in 2015. He was the only musician to receive the Moscow music critic award, despite ranking fourth in the final round.