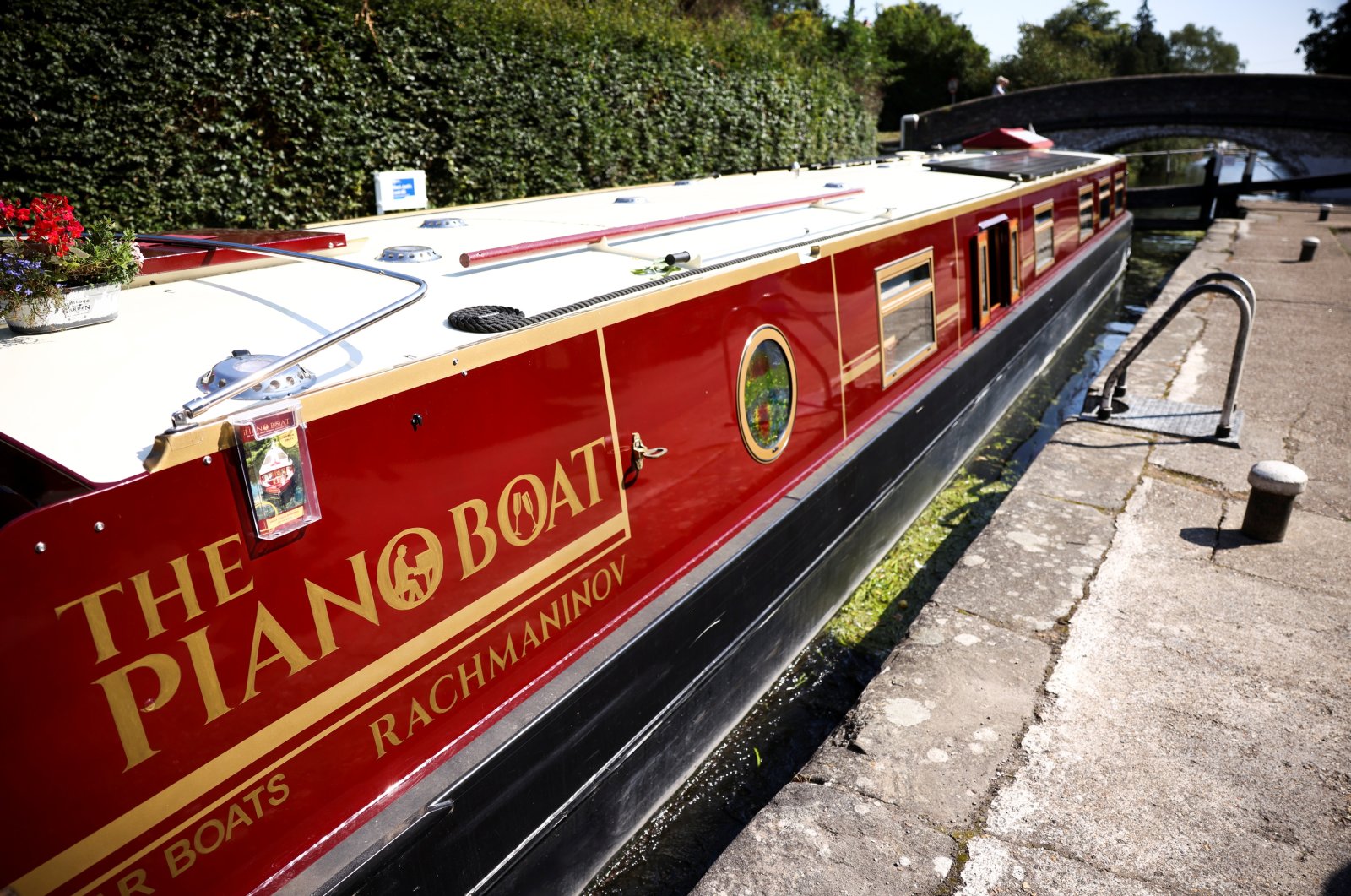 Imagine a moment that you are enjoying an exclusive classical music performance in a ravishing atmosphere of a boat while it is traversing the city's waterways. That is what Londoner music lovers can experience in the "Piano Boat."

Masayuki Tayama, the captain and pianist of the boat, currently moored in Uxbridge, just outside London, said the vessel was the only one of its kind.

"It was built to our specifications as a floating concert venue," he said, pointing to a brand-new Steinway grand piano at one end of the cabin, which has been transformed into a concert hall with parquet flooring and sumptuous burgundy walls.

Later that day, Tayama played a program including Ludwig van Beethoven and Robert Schumann to an enthusiastic audience in evening dress, seated around tables covered in white tablecloths.

Rhiana Henderson, manager of the project, said the idea of a floating concert venue came about when they were living on a narrowboat with a digital piano that was drawing interest from passersby.

"The idea developed from there ... We started lining up the chairs just to see how many people we could fit. And eventually, we ended up with this boat," she said.

Henderson said that in the two months since starting the project, the couple have organized five cruises and four holidays, and are booked up for the coming months.

"Everyone says that it's so different to being in a large concert hall because it feels really, really friendly and really intimate," she said.

Tayama agreed that recitals on the boat were special because of how closely he can interact with the audience.

"I still play in regular concert halls as well but when you're playing in a 4,000 seater, the lighting is blinding ... and it is projected in a different way," he said.