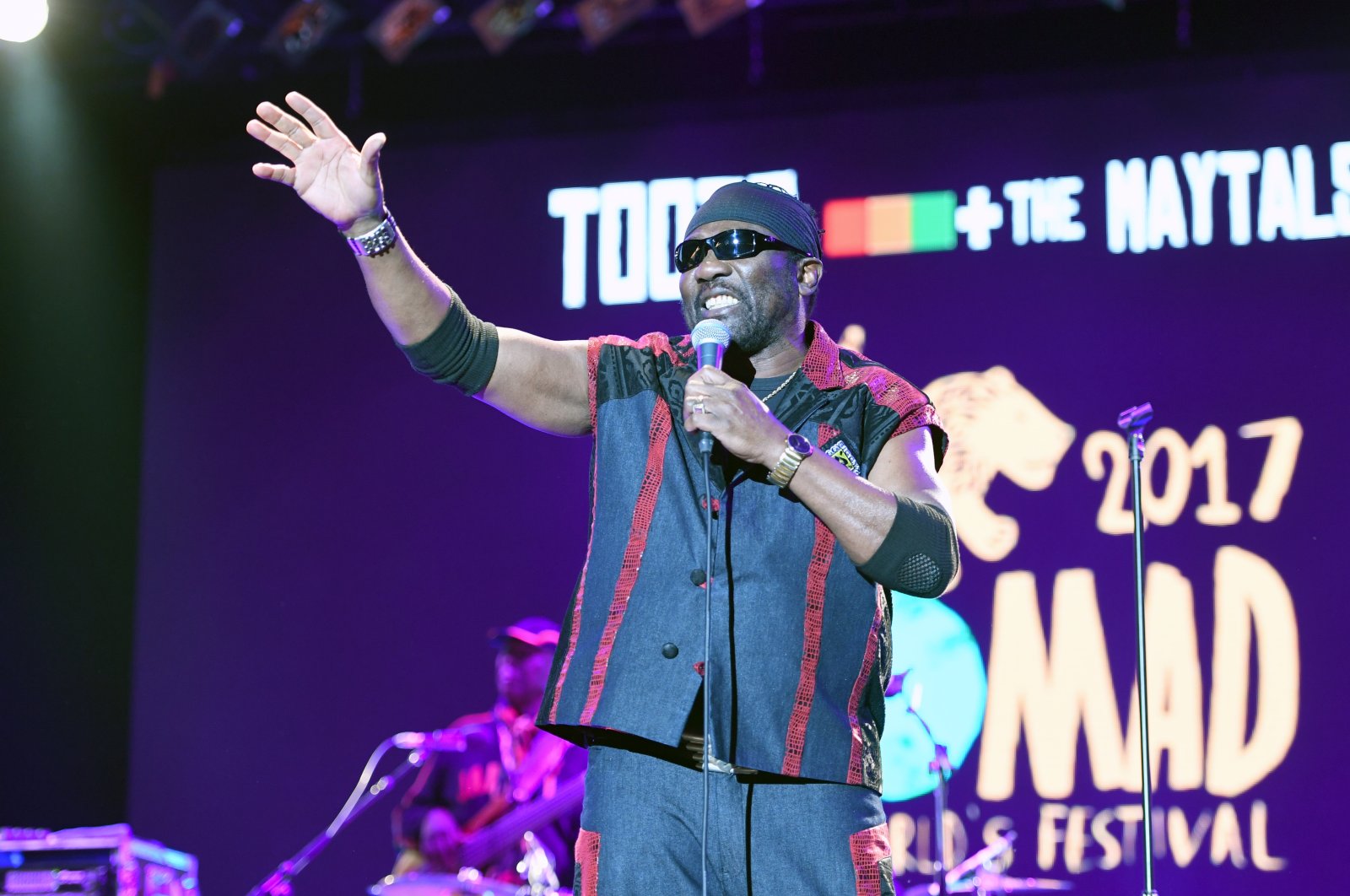 Jamaican singer Toots Hibbert of Toots and the Maytals performs at the Womad Festival at Charlton Park in Wiltshire on July 29, 2017 (Reuters Photo)
by Daily Sabah with Wires Sep 12, 2020 11:38 am

Jamaican reggae legend Frederick Nathaniel "Toots" Hibbert has died at the age of 77 after being admitted into intensive care with COVID-19-like symptoms.

The legendary Jamaican musician fronted the reggae and ska band Toots & the Maytals from the early 1960s.

Rolling Stone magazine reported that Hibbert had "passed away peacefully" in Kingston, Jamaica surrounded by family.

Hibbert is credited with popularising reggae music and even naming the genre – his 1968 single "Do the Reggay" being the first song to use the term.

Other popular tracks include “54-46 Was My Number,” “Pressure Drop,” “Funky Kingston” and “Monkey Man."

Ziggy Marley, son of reggae icon Bob Marley, paid tribute to Hibbert on Twitter, saying: "He was a father figure to me."