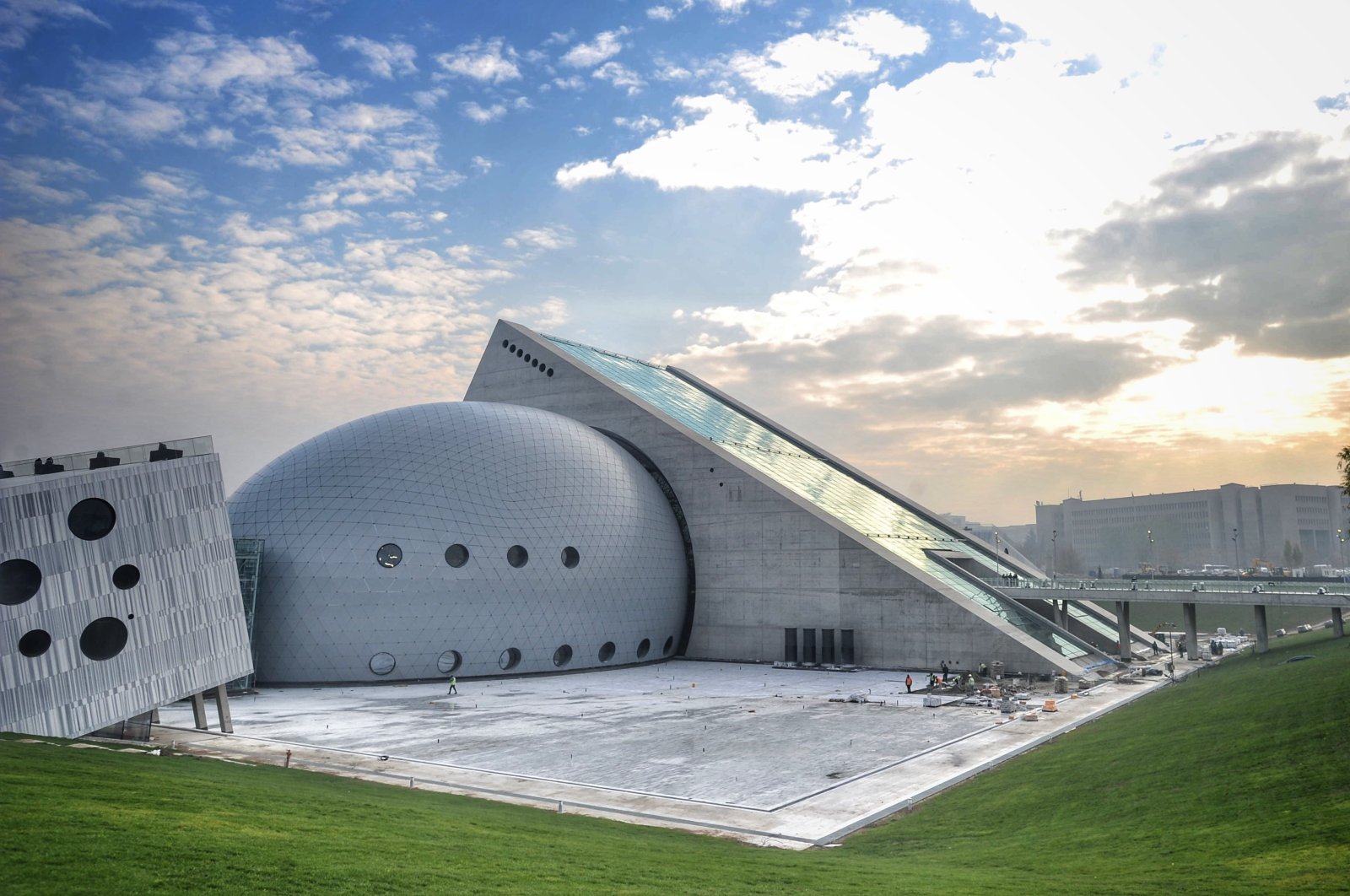 A view from the outside of the Presidential Symphony Orchestra concert hall in Ankara.
by Anadolu Agency Dec 02, 2020 7:54 am
RECOMMENDED

Turkey’s Presidential Symphony Orchestra (CSO) will unveil its new concert hall in the capital Ankara to music lovers with a gala on Dec. 3.

The building's foundation was laid 23 years ago, and the site has been under construction ever since. The project is now complete under the instruction of President Recep Tayyip Erdoğan and the tireless efforts of Culture and Tourism Minister Mehmet Nuri Ersoy.

The new music campus, which is located in the center of the capital with a view of Ankara Castle and Anıtkabir, Atatürk's Mausoleum, and costs about 83 million euros ($99 million), will host the most reputable orchestras and soloists from around the world.

The new venue will offer art lovers a variety of rich content from classical and traditional music to world and popular music.

The CSO will host world-famous soprano Angela Gheorghiu and twin sisters Güher and Süher Pekinel, who are among the best piano duos in the world, at a concert under the direction of conductor Cemi’i Can Deliorman on Dec. 3 and 4. The CSO will also introduce art enthusiasts to new artists who have recently joined the ensemble.

Following the opening concert, the CSO will host world-famous pianist Idil Biret on Dec. 5. Biret, who has more than a hundred piano concertos in her repertoire, has recorded more than 130 CDs since 1959 and is known as one of the best and most prolific pianists in the world. She will perform for the audience in the capital's highly anticipated concert hall.

Meanwhile, away from the CSO's new concert hall in the Blue Hall, with its world-class technology, Büşra Kayıkçı will also perform a recital on Dec. 5. Kayıkçı, a young representative of neoclassical music in Turkey, studied piano, ballet and painting as a child before graduating with a degree in architecture. Her first album, "Eskizler" ("Sketches"), released in 2019, consists of minimal, neoclassical and ambient compositions. Kayıkçı made her debut as a young jazz finalist at the 27th Istanbul Jazz Festival in September with her original works.

Following the opening concerts, the Presidential Symphony Orchestra – one of the world's oldest orchestras founded in 1826 with professional administrative staff – will continue to host the most revered orchestras and soloists from around the world.

Ticket prices for the 2020-2021 Concert Season have been set and are currently on sale.

Third Category tickets are discounted by 50% for students, retirees, those with any form of disability, veterans and the relatives of martyrs.