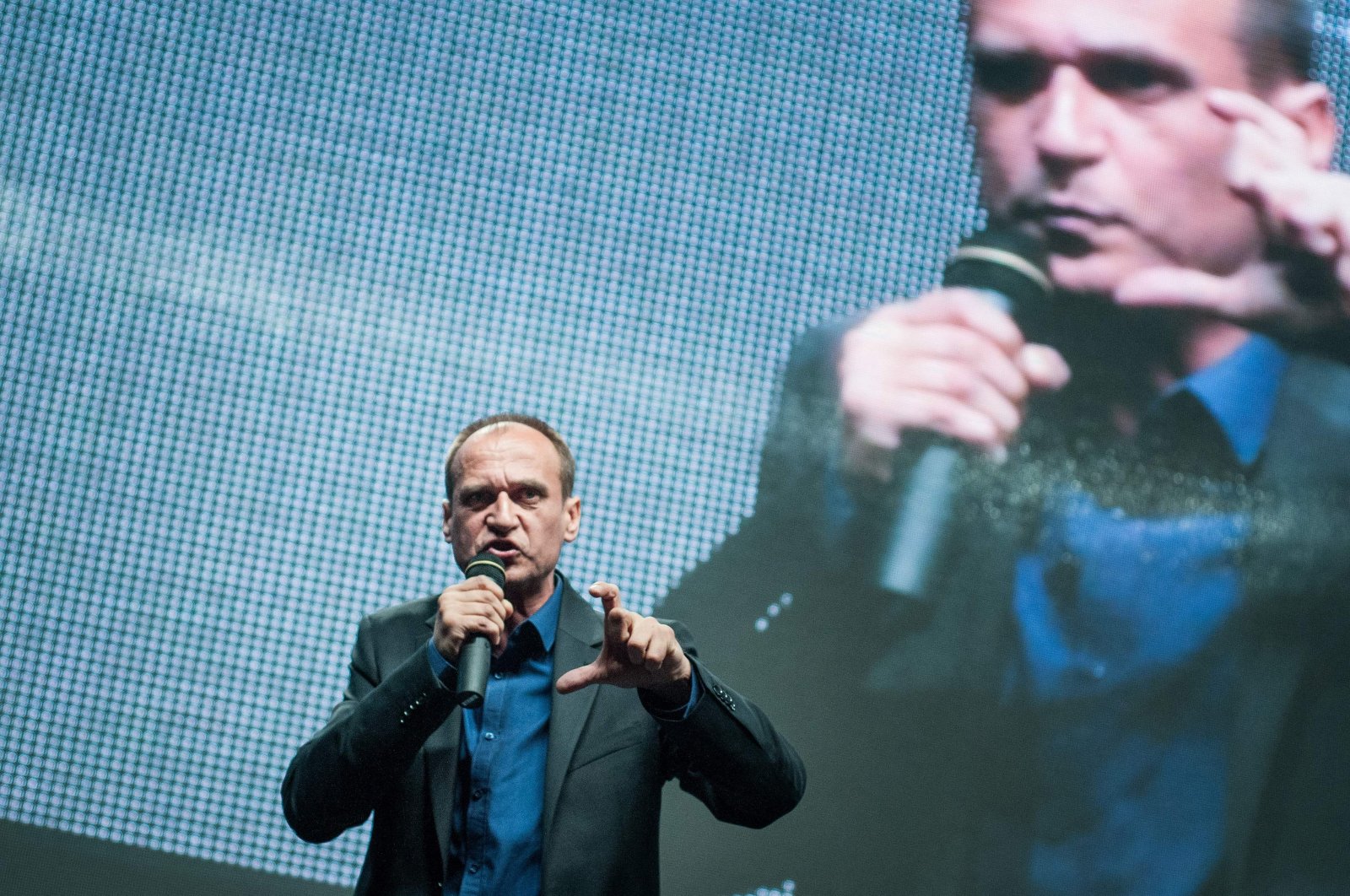 A former member of a rock band called Breasts in Poland has emerged as the unlikely new powerbroker in the country as a rupture in the ruling coalition meant that the government's plan was down to his votes.

Pawel Kukiz, 58, was heckled at a stormy session of parliament this week after initially voting with the opposition before saying he had made a mistake and switching sides to back the government.

"Pawel, how could you? Which ministry did you sell yourself to?" opposition MPs screamed at him.

Fellow celebrities lined up to criticize Kukiz, whose support helped pass a new media law that the opposition says is aimed at silencing a U.S.-owned news channel critical of the government.

"I am ashamed of every day I came to give you a hand, you bastard," Janusz Panasewicz, leader of Lady Pank, one of Poland's most popular bands, wrote on Facebook.

Former record label manager Kuba Wojewodzki, who also worked with Kukiz, said: "I am ashamed for my naivety and stupid sentimental camaraderie, for punk rock, for all those years together."

Kukiz started out in music in the early 1980s, quickly making a name for himself with his irreverent punk lyrics in the final years of Communist rule and the birth of democratic government in Poland.

A 1992 album stoked controversy with an anti-church song.

In the 1990s, he also began an acting career with a series of films and TV series including a role in the soap opera "Mothers, Wives and Mistresses."

Kukiz entered politics in 2015, coming third in a presidential election that year with 20% of the vote.

He had few policies but an anti-establishment message that resonated with young and disillusioned voters.

In parliamentary elections later in 2015, his movement called "End to Corruption and Theft" won 42 seats in the 460-seat lower house of parliament.

His political star has waned since then and he now has only four seats – still enough to make the difference following the departure from the government this week of the Agreement party, a junior coalition partner to the dominant right-wing Law and Justice (PiS) party.

Speaking to Poland's PAP news agency Thursday he denied receiving any promises of rewards for supporting the PiS-led government.

He also repeated his call for the electoral system to be reformed to introduce single-mandate constituencies.

"The hysteria that has been aimed at me is the result of this political system that polarises Poles," he said.