Thumbs up: Pianists play with extra robot thumb in experiment 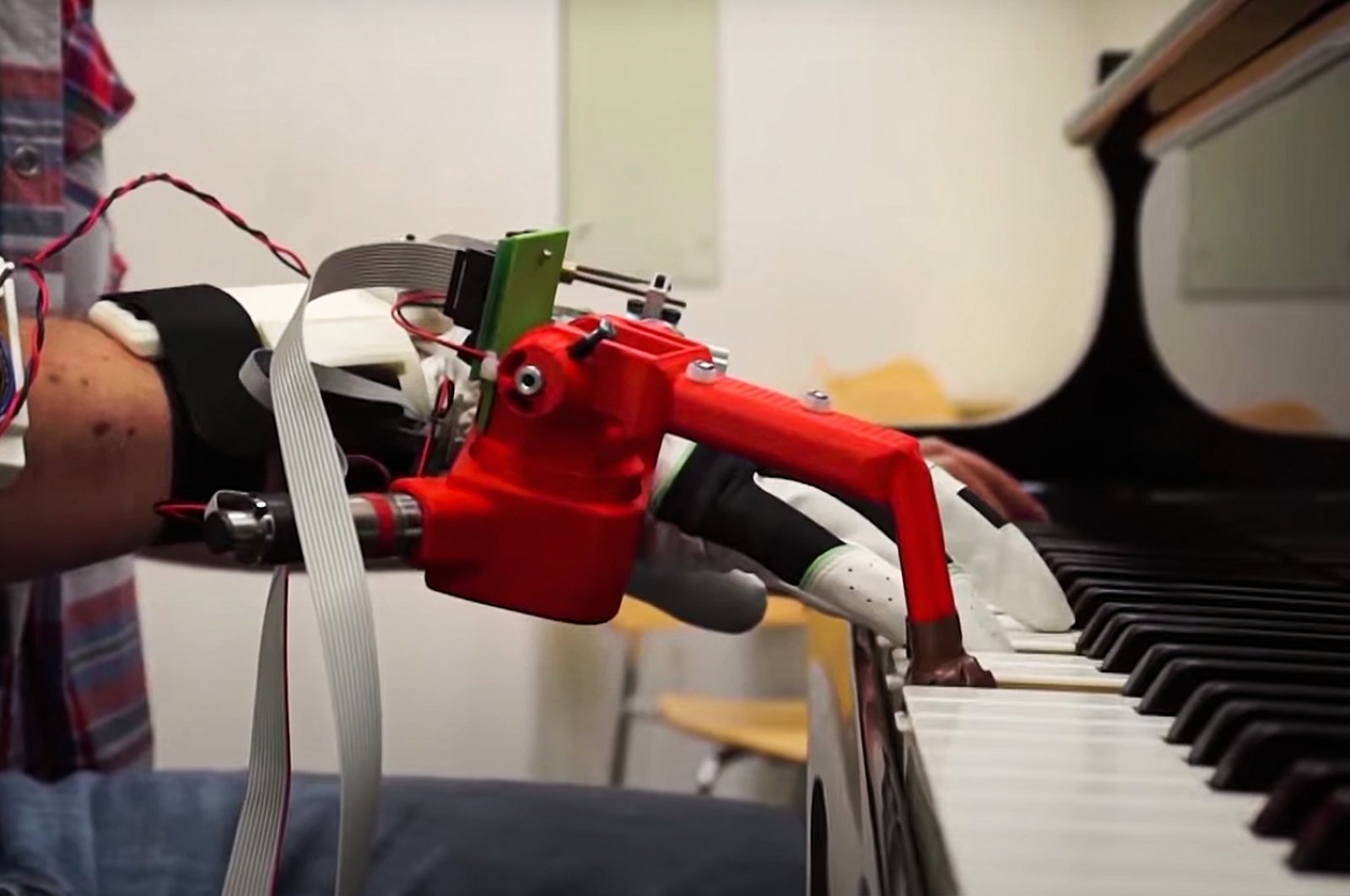 Picture this: you have one more thumb, thus 11 fingers in total. Now, you have to play the piano, how do you think it would fare? Alright, let's put a professional pianist instead of you in the experiment, would they be able to cope with their newfound thumb? Would it add to their talent or detract from it as their brain scrambled to figure out what was going on?

Neuroscientist Aldo Faisal and the team he heads at Imperial College London developed a robot thumb to find out.

Within an hour of being fitted with the artificial digit next to the little finger of their right hand, six players had learned to integrate it on the keyboard, steered by electrical signals generated when they move their foot.

"It came out of my own passion for piano that I wondered what happens if I have an extra finger?" Faisal, professor of Artificial Intelligence and Neuroscience at the college's Department of Bioengineering and Department of Computing, told Reuters.

"There's a dedicated area of your brain responsible for every single finger," he said.

"So now comes the question, if I give you an 11th finger, ... are you processing it the same way as you're processing a regular limb?"

Researchers at the Brain & Behaviour Lab that Faisal heads found that, regardless of playing ability, the six pianists and six other nonplaying volunteers all adapted to the thumb quickly, suggesting we are not limited to using an extra digit for tasks we are familiar with.

"The fact that you can actually play with 11 fingers is not entirely trivial and that has to do with how your brain is actually wired up," Faisal said.

"So what we can say is it's a proof of existence. We can do it. So the next challenge would be can we do two thumbs, so 12-fingered? Can we do something else?"