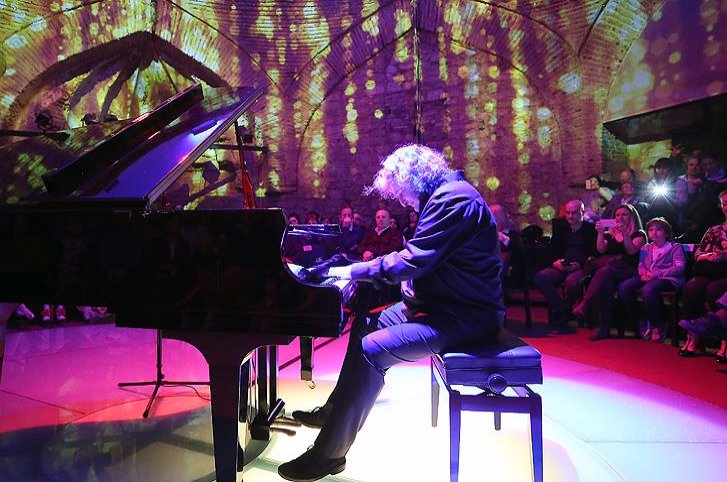 Tuluyhan Uğurlu, a famous Turkish pianist and composer, has shared with music lovers a special clip he prepared for his Hagia Sophia composition. The artist tells the 1,500-year-history of the architectural beauty through images of the video where he used Turkish and Western musical instruments together.

Expressing that Hagia Sophia is one of the unique structures of Turkey like Süleymaniye Mosque, the Blue Mosque, Topkapı Palace and Hagia Irene, Uğurlu stressed that the greatest architectural genius for Hagia Sophia's longevity is Mimar Sinan. “Mimar Sinan was able to preserve the highest and widest dome in the world to this day with the two minarets he built on the western side of the structure and the pillars he placed across it. Hagia Sophia was built by Isidore of Miletus and Anthemius of Tralles, the sons of this territory. Everyone who lives in this land is the son of this land and carries the ore of this land. Let no one say ‘Hagia Sophia is ours.’ Hagia Sophia belongs to Anatolia,” he said.

Hagia Sophia, one of the songs in Uğurlu’s 2006 album called “Dünya Başkenti İstanbul” ("Istanbul, the Capital of the World") is available on the artist’s personal YouTube channel.

The artist aims to introduce Istanbul and the beauty of the city to the world in two albums, "Istanbul, the Capital of the World" and "Sonsuza Kadar İstanbul" ("Istanbul Forever").