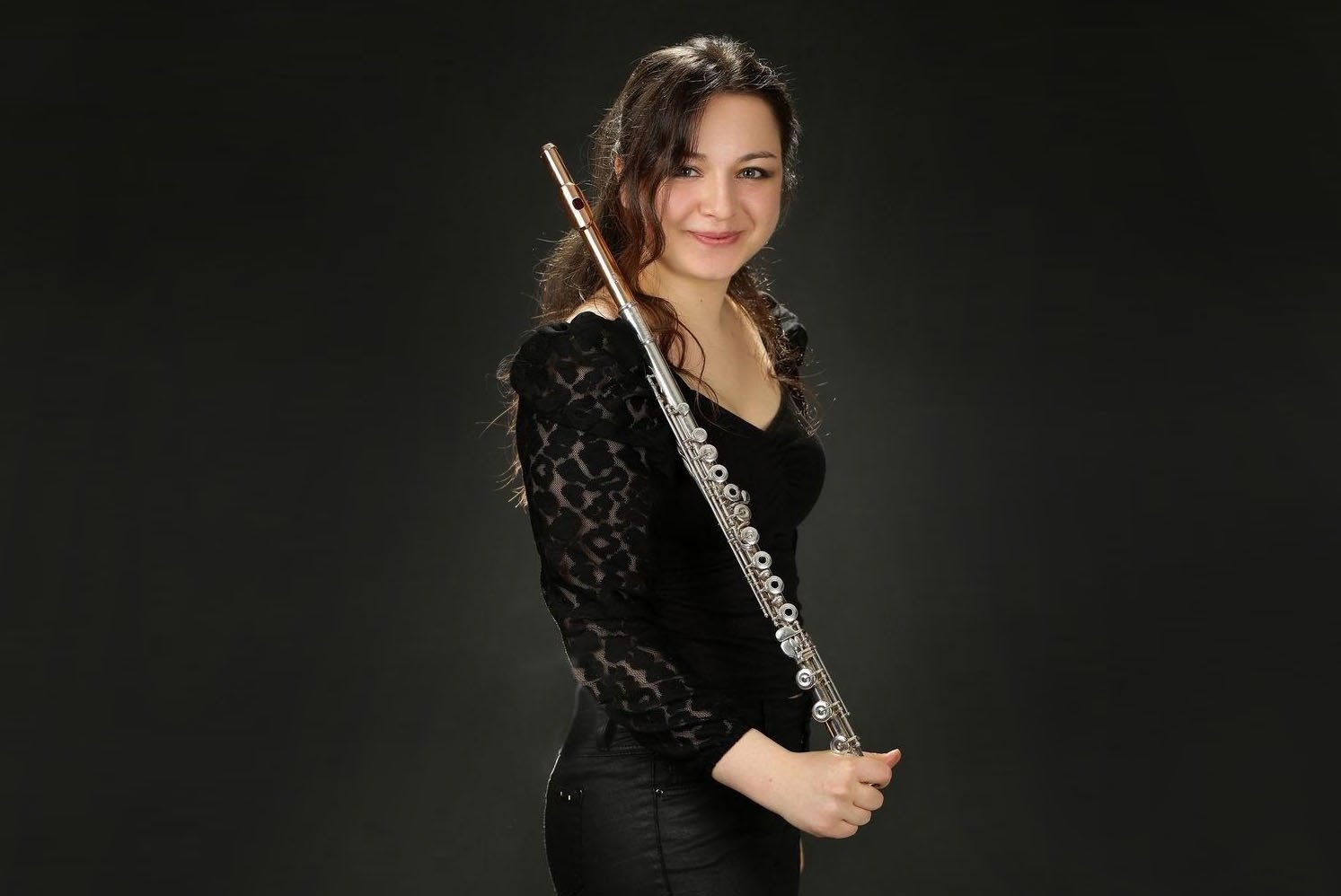 Yüksel, 23, who is a graduate student at the Ankara University of Music and Fine Arts and also studied to be a soloist at Ecole Normale de Musique de Paris in France, told Anadolu Agency (AA) that she has been taking flute lessons since she was 9 years old.

She said she and her teacher Turgay, who she met when she was admitted to the Istanbul University State Conservatory, never part ways, adding it is important for her to move forward with Turgay's compositions. "I have a debt of loyalty. I want to introduce other works of my teacher to the world," she said.

She said she regularly follows the events of the British Flute Society and saw an announcement for the competition on social media and decided to participate in the contest in the "Best Black, Asian and Minority Ethnic Composer Special Award" category. "We are a nation with a rich composition repertoire, but we do not have a flute repertoire. So I applied for the 'minority composer' category as part of the competition."

Telling the story of the composition with which she attended the competition, Yüksel said: "There is a system that our teacher Turgay adapted to our educational schedule to contribute to the Turkish flute repertoire. According to this system, which started years ago at the Paris Conservatory, French composers compose a piece for each senior student and the students play these compositions in order to graduate. Using the same method, Turgay composed 'Aegean Whispers' for me."

Noting that she recorded the piece for the contest with a pianist friend of hers, the flutist continued: "I did not think I would get an award. The competition was held online over video recordings due to the COVID-19 outbreak and lasted all day," she said.

Underlining the importance of the British Flute Society for flutists, Yüksel said it is a well-established community and the jury of the competition included important names. "I will try to promote our country as a successful flute artist," she added.

Yüksel said that young people who want to play the flute and push ahead in music should listen to all genres of music, find a good teacher, follow their path and follow activities and competitions abroad.

Yüksel's instructor Turgay, who teaches at Ankara Music and Fine Arts University, said the best way to learn the art is through mentorship. "Yüksel started her flute education with me at the age of 9, and after 13 years of education, she still continues to work as my graduate student," he said.

Turgay said he began his musical education at the age of 10 before earning a place at the Istanbul Municipal Conservatory before going on to the Royal Academy of Music in London after having obtained a scholarship from the British government due to his success in a competition in England.

"Ece Selin is one of my fourth-generation students. There are 38 awards that my students have won on national and international platforms. We are filled with the joy with Yüksel's success," he said.

"Since 2014, I have been composing a piece for each of my students. We ask them to play these compositions as mandatory pieces at the conservatory graduation recital," Turgay said.

Noting that he composed "Aegean Whispers" for Yüksel, he added: "I was very surprised and happy that she participated in the competition with this composition. In the middle of the night, she messaged me saying, 'My teacher, I came in first.' I was so happy."

Turgay has three albums and 19 flute compositions and is known to use Turkish melodies and the rich musical culture of Anatolia in his works.