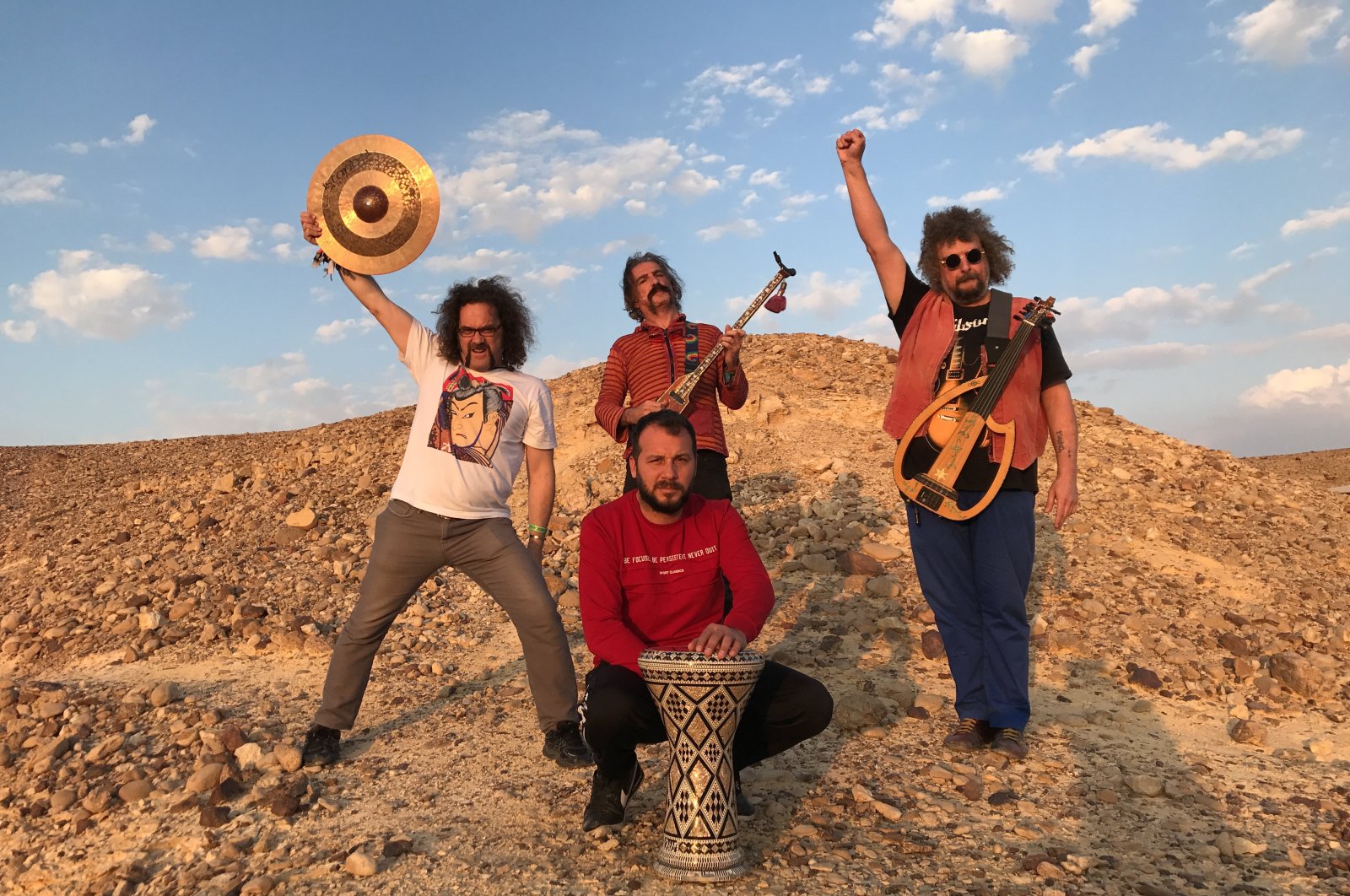 The EFG London Jazz Festival, one of the most prestigious festivals in the world, will present the Istanbul Psychedelic concert featuring Turkish psychedelic legends BaBa ZuLa, Moğollar, Ilhan Erşahin and Montreux Jazz Award winner Islandman. The performances of the talented Turkish artists, which were recorded at Istanbul’s historical sites, can be watched from home at the festival’s online concert program on Nov. 21.

The 2020 edition of the London Jazz Festival is being held online due to the coronavirus pandemic, like many other festivals. Among the online events of the festival, the Istanbul Psychedelic concert shines out with unique names from different generations of alternative Turkish music.

Offering polyphonic mixes in their repertoire, Moğollar’s performance for the festival is the harbinger of their new album, to be released in December. Leading the way for 55 years, the group introduced psychedelic music into the Turkish scene.

BaBa Zula, one of the most authentic music bands in Turkey, mixes various oriental instruments like the darbuka and spoons with electronic sounds. Through the band’s melodies, the musical riches of Anatolian lands are carried into the present day.

Islandman, providing unique combinations of electronic dance beats with live guitar tunes in their songs, makes use of shamanic rhythms as well. Following their performances at various festivals including Cappadox, Sunbeat Festival, Apple Flower Festival, Istanbul Jazz Festival and Montreux Festival, the trio glides on a record of success around the world.

Erşahin presents his Istanbul Sessions, an instrumental and organic jazz, rock and dance group with exceptional musicianship and a party vibe to get you up on your feet, during his performance for the London Jazz Festival. This performance will be Erşahin’s first live appearance after the launch of his new album, which will be released Friday.