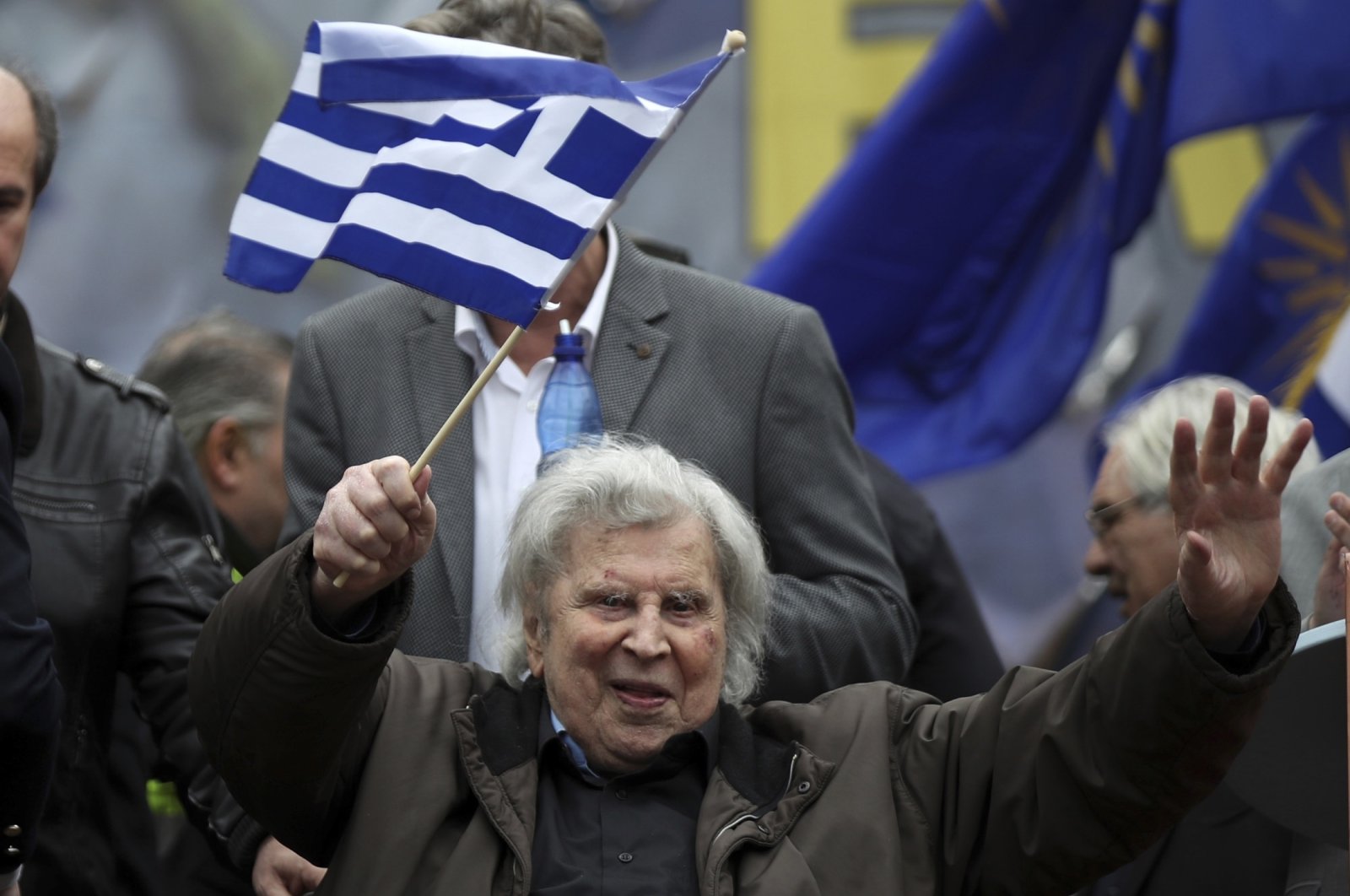 Celebrated composer Mikis Theodorakis, a beloved figure who personified the modern face of Greek music, whose infectious, earthy score for the 1964 classic film "Zorba the Greek" became synonymous with Greece around the world and who was an icon of political resistance to the former military junta, died Thursday at the age of 96.

As news of his passing swept through the nation, parliament held a moment of silence.

"Today we lost a part of Greece's soul. Mikis Theodorakis, Mikis the teacher, the intellectual, the radical, our Mikis has gone," said Culture Minister Lina Mendoni.

A towering man with a brooding look and a shock of wavy hair, Theodorakis evoked a progressive, democratic vision of Communism and of the world through his music.

But his political struggles, including imprisonment and torture for his leftist views, reflected a different side of Greece rarely seen by visitors.

His compositions ranged from the soundtrack to the 1964 movie – an international hit starring Anthony Quinn as the lovable rogue who dances barefoot on a Cretan beach – to the thumping intensity of "Romiosini" (Greekness) a series of rousing songs of identity and resistance.

"His body of work was a constant confrontation with injustice and defeatism, of new struggle and resistance," the Greek Communist party KKE said in a statement, as quoted by Reuters.

His work ranged from operas to choral music and popular songs, providing a soundtrack to the life of his country.

His tunes gained widespread popularity, becoming anthems of the left and earning the disapproval of the right, meaning they were often banned.

Theodorakis made the high art of Nobel prize-winning poets like Odysseas Elytis and George Seferis accessible to everyone through music, his biographer Gail Holst-Warhaft said, as quoted by Agence France-Presse (AFP).

Accused of guerrilla sympathies in the war between right-wing royalists and left-wing popular forces after World War Two, he was arrested and tortured in July 1947.

Under the military junta that ruled Greece from 1967 to 1974 he was jailed and tortured again. He had left Greece for Paris in 1970, when the military junta imploded in 1974 he returned home to a hero's welcome as an immense crowd greeted him at the airport, chanting his name.

In later life he served two stints in parliament, for wildly different parties. Even in old age, he maintained an active interest in Greece's politics.

"I'm not a communist or social democrat or anything else. I'm a free man," he once told Reuters in an interview.

Along with lifelong wife Myrto, Theodorakis is survived by his daughter Margarita and son George.